Beef and lamb back at Downing, Magdalene bops cancelled and Clare buttery to be in a tent

Beef and lamb are back on the menu at Downing

For a short trial period during this term, Downing stopped serving beef and lamb during the lunchtime and early evening cafeteria services, an initiative which arose out of ongoing work in the College to reduce their carbon footprint.

However, following backlash from students (‘feedback… solicited from the College community on this trial’), the College announced on 28th February that they will serve beef or lamb two days a week. 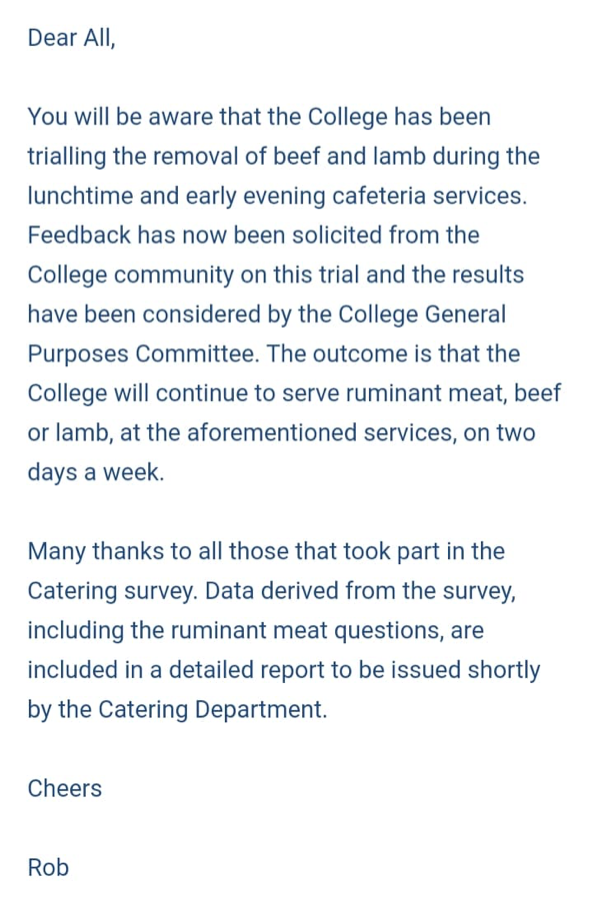 Leaving behind… you guessed it! Cock! The bar manager put up an angry post on the Magdalene JCR page, saying that it took two weeks to write out what was on the board and he wanted those responsible to be punished. The ostensible ‘defacement’ took place after halfway hall.

The college bar and the Dean responded by cancelling all bops for the foreseeable future.

One anonymous student said: “1) Why would you pay 2 weeks labour for something like a chalk board drawing and, 2) It wasn’t ‘defaced.’ Four letters were removed.” 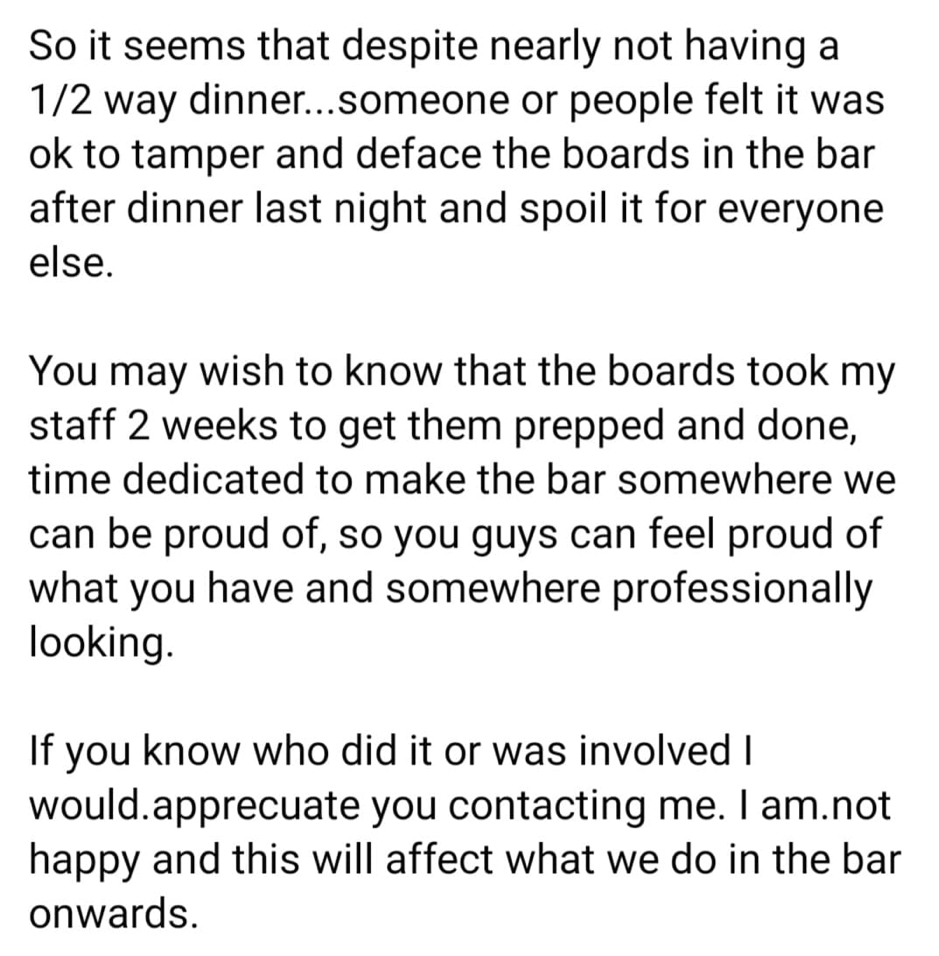 Clare buttery to be in a tent

As of next year, Clare’s buttery which serves breakfast, lunch and dinner, will be in a tent due to ongoing construction work at the College. This has caused unrest among students, particularly given Clare were also considering getting rid of hobs.

Peterhouse now have their own welfare kitten and he’s ADORABLE

He is a Siberian cat named Archimedes and he lives with the Peterhouse chaplain. Welfare activities include cuddles and baking. How wonderfully wholesome. 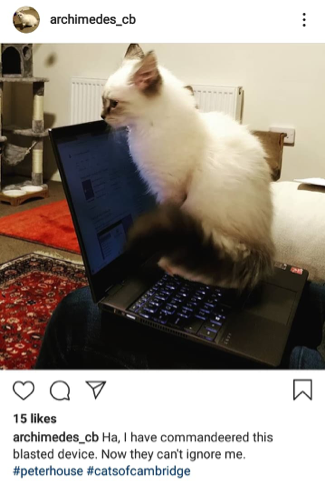 During one of the many of the UK’s recent storms (Ciara? Dennis? Jorge?), water leaked into the buttery at Churchill College.

Jesus May Ball tickets sell out in three minutes

This year, tickets for Jesus College’s May Ball sold out within three minutes of going on sale – perhaps reflecting its popularity last year.

They were so coveted, someone apparently paid £270 for a single ticket off someone after they sold out…

But the system was flawed, and someone allegedly managed to get four guest tickets when they should have only been able to get two.

The theme for Kings Affair 2020 was announced as ‘Oneiros’, a recondite Greek God  of dreams. Why not just avoid the pretension and call the theme, ‘dreams’?

Last week, there was a launch formal followed by an ent in the bunker (while the bar is still closed due to asbestos), featuring a silent disco.

The TV in St Johns’ College JCR was allegedly smashed and broken. Students received an angry email hunting for a culprit. 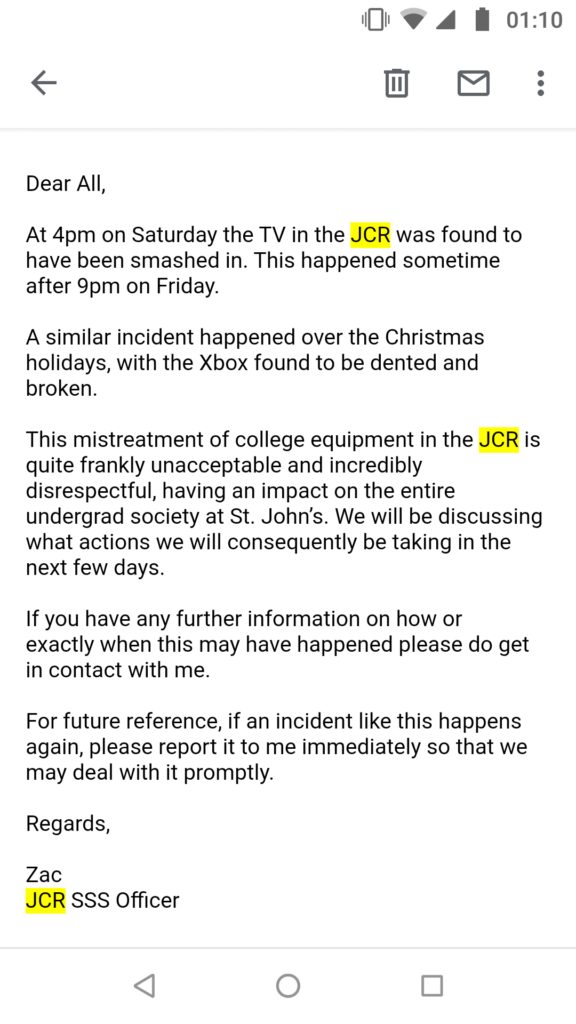 And finally – some good news!

Clare have agreed to start working towards living wage accreditation.

Welfare reps at Tit Hall hosted the biggest welfare tea ever, with a focus on morale-building in the wake of the recent crisis.

The pride flag was raised at Queens’ on the 25th Feb.

That’s all for now, folks.