The group of students currently occupying Old Schools has set up a Facebook page for an unofficial Cambridge College called “Solidarity College Cambridge”.   They are doing this in support of the UCU (University and College Union) strikes.

Solidarity College brands itself as “a break-away college”, “the new 32nd college” and “the first of a new type of college”. They even came up with a “fancy Latin motto”. I wonder if “Unitus et Fightem” will be read out before formals?

The page’s first post reads: “Today we proudly commemorate the formation of a new autonomous break-away college from the University of Cambridge: Solidarity College. The grounds for this new college are situated in the ongoing Old Schools Occupation, called in support of the ongoing struggle of UCU. Solidarity College welcomes all undergraduate and postgraduate students – as well as all staff, Cambridge residents, and literally everyone else.” 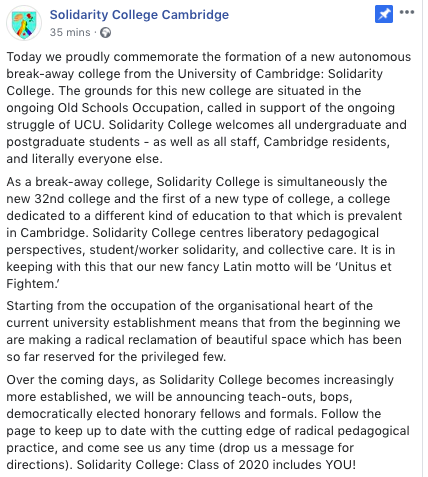 When is the matriculation photo?

They have even created their own college crest, which consists of four images on a Cambridge blue background: sliced bread, a red rose, a red star and interlinked rainbow coloured hands. I really hope the JCR have planned to roll out some stash soon. 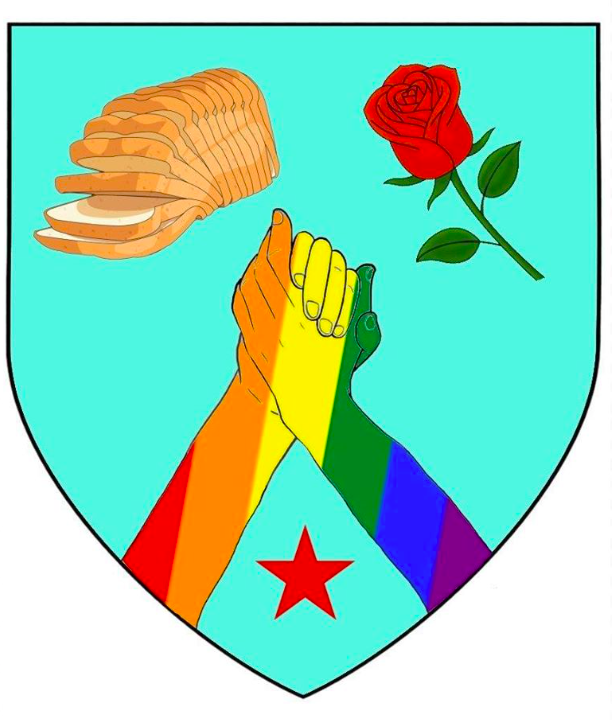 This would look stunning on a puffer jacket. (Photo credit: Solidarity College Cambridge)

At the time of writing, 235 people follow Solidarity College Cambridge’s Facebook page, which intends to expand over the coming days. They plan to simulate official colleges with a variety of future events: “as Solidarity College becomes increasingly more established, we will be announcing teach-outs, bops, democratically elected honorary fellows and formals”. It’s a real shame they haven’t got round to organising a May Ball yet. 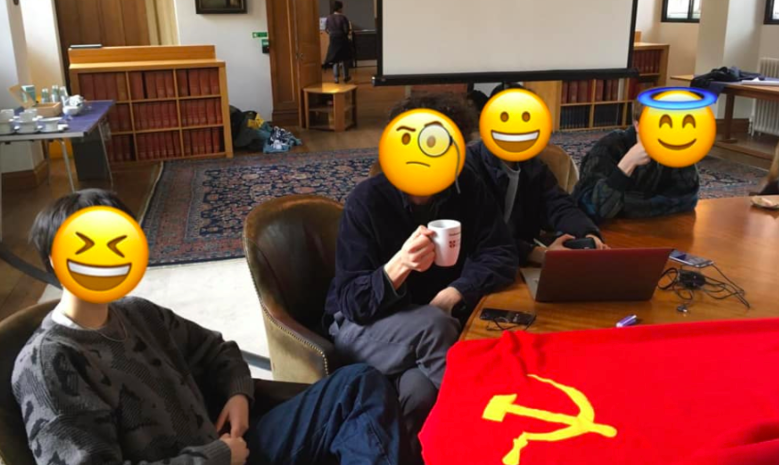 Cambridge is known for being a competitive university, but this particular college is suggesting a groundbreaking new approach to admissions: “Follow the page to keep up to date with the cutting edge of radical pedagogical practice, and come see us any time (drop us a message for directions). Solidarity College: Class of 2020 includes YOU!” 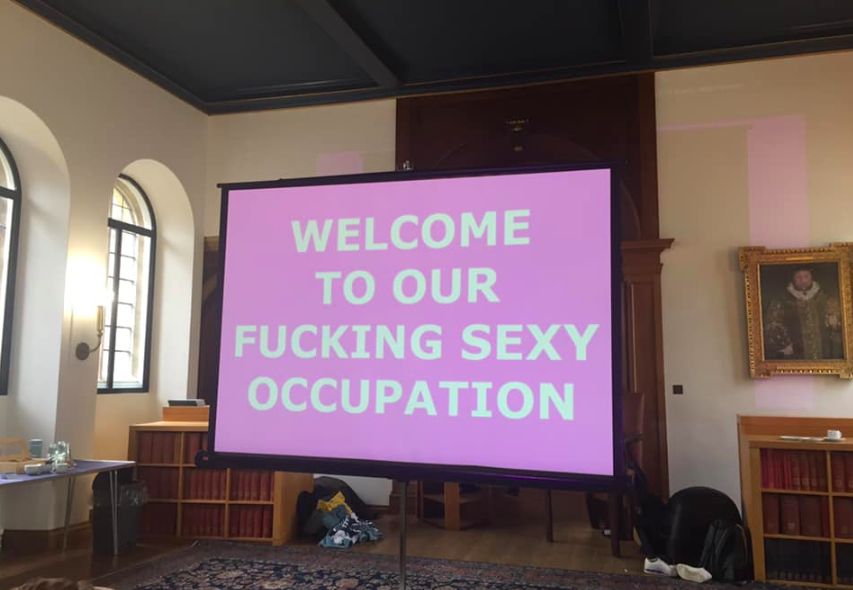 The occupation is in support of the UCU (University and College Union) strikes, which are now in their third week. In response to this takeover, a University spokesman told The Tab Cambridge: “We are aware that a group of students have blocked themselves into a staircase and some meeting rooms. The business of the University carries on as usual.”

CDE has stated the following five demands, which they challenge the University to meet:

1. The Vice Chancellor should make a public statement, calling on national employers’ bodies UUK and UCEA to meet UCU’s demands.

2. The Vice Chancellor should make a public statement setting out the University of Cambridge’s plans to meet the national UCU demands.

3. The University of Cambridge should officially recognise Cambridge UCU.

4. There should be no attendance monitoring of any kind during the strike period, to ensure migrant students and workers can participate in strike action

5. There should be no disciplinary action against students or staff for action in support of the strike.

CDE have said that they do not plan to leave the premises until all their demands are satisfied.