For those unacquainted with the plot of Cymbeline, all you need to know for this performance is that it begins with the marriage of Posthumus and Imogen, against the wishes of Imogen’s father, who just happens to be the King of England. Oops. Posthumus promptly gets exiled, and while in exile he gets into an argument with a man called Jachimo about whether his wife will remain faithful in his absence. Hilarity ensues.

‘Cymbeline: The Musical’ starts fairly slowly, with the obligatory love song between Imogen (Georgina Deri) and Posthumus (Benjamin Gibson). Already there are some cracking lines – ‘I’m not scared of exile, I’ve lived abroad before’ – but it’s mostly exposition. This isn’t such a bad thing, and in case you were getting impatient it’s quickly followed by the entrance of Rory Russell’s deliciously hammy Cymbeline, whose every stomp and grimace brings the audience out in hysterics. 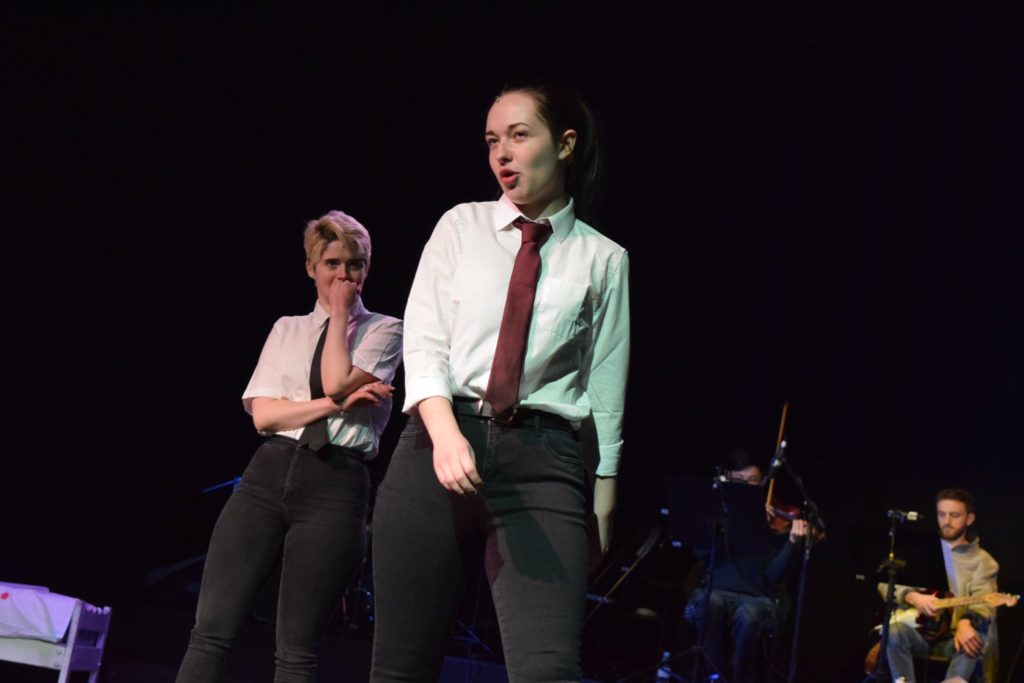 As songs begin coming thick and fast, the commensurate writing skill of Joe Venable really shines through in the lyrics. Funny rhymes are the bread and butter of comic songs, but these are outstanding. The cast impress with their ability to rattle off the sheer amount of words which Venable has crammed into some of the verses, and to brilliant effect. However, while lyrically masterful, some of the songs lack that elusive hummability which is the essence of great musical theatre. Nevertheless, immense credit is due to the onstage band, led by Will Jones, who play flawlessly throughout.

It’s quite a technical show, and the very few mishaps are either negligible or exploited for comic effect. The crew relies on long blackouts to cover scene changes, but fortunately these don’t slow down the pace too much. Instead, they contribute to a relaxed atmosphere by allowing a moment for pause, and a bit of murmured discussion, among the audience. In one of these intervals, during which we heard coastal sound effects, I couldn’t help considering the similarity with the transitions in this week’s ADC main show. I don’t know if this was an intentional link, but it certainly contributed to the success of the show’s mission to profane the theatrical sacred.

On the subject of profanity, Joe Folley dominated the stage as the witty and wicked Jachimo. I’m starting to wonder whether this man owns any garments which cover the upper half of his body – if he does, he must leave them at the door to the ADC on his way in, because I’ve rarely seen him fully clothed onstage. Perhaps it was this appearance that elicited a ‘for fuck’s sake’ from the people sat behind me every single time he slunk on from the wings. Regardless, he was delightfully dirty and suitably creepy by turns, and his cheeky asides had the audience roaring with laughter. 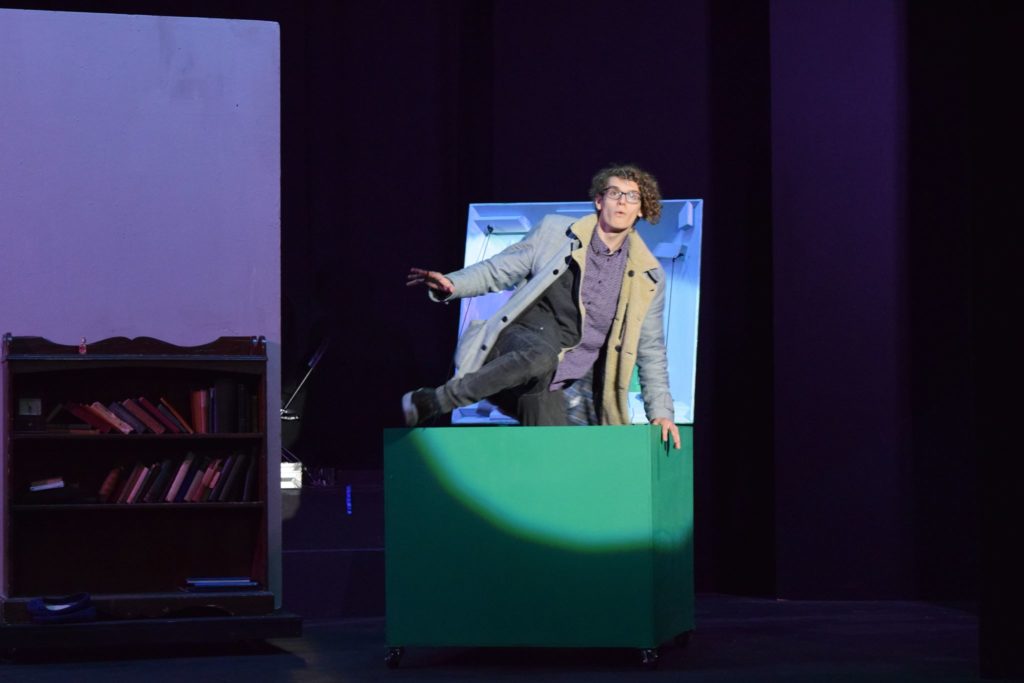 But if that sounds very different from the Shakespeare you know, then think again. Part of what makes this production such a brilliant parody is its faithfulness to the original. Venable has a superb eye for the uncomfortable subtext of the play, which he brings out with gloriously outrageous exaggeration and modernisation. And he never lets us forget its origin, with references to Shakespeare adding a little flourish to most scenes – the rendition of ‘Fear no more the heat of the sun’ was a particularly enjoyable touch.

‘Cymbeline: The Musical’ is Shakespeare as you’ve never seen him before: collaborating with Joe Venable. And Venable’s not about to let things slide, particularly the toxic masculinity of Cymbeline, Posthumus, and Jachimo, which the performance hilariously confronts. I’m sure that this highly skilled writer could have got great comic mileage out of other elements of the play, like the cave-dwelling Belarius and his two sons, but the decision to omit these things is understandable and prudent. It’s a great piece of student writing, and with a fusion of musical theatre and Elizabethan drama, there’s something for everyone.