In a blink-and-you-miss-it episode, the rainbow flag finally flew over Clare College

Clare College has refused to fly the LGBT+ flag despite years of persistent requests from the student body.

However this year, two students decided to take things into their own hands, and fly the rainbow flag early this morning.

Freddy Legg, a third-year lawyer at Clare (and the 2018-19 LGBT+ officer), and Oli Cope, a third-year muso, climbed onto the roof and raised the flag. 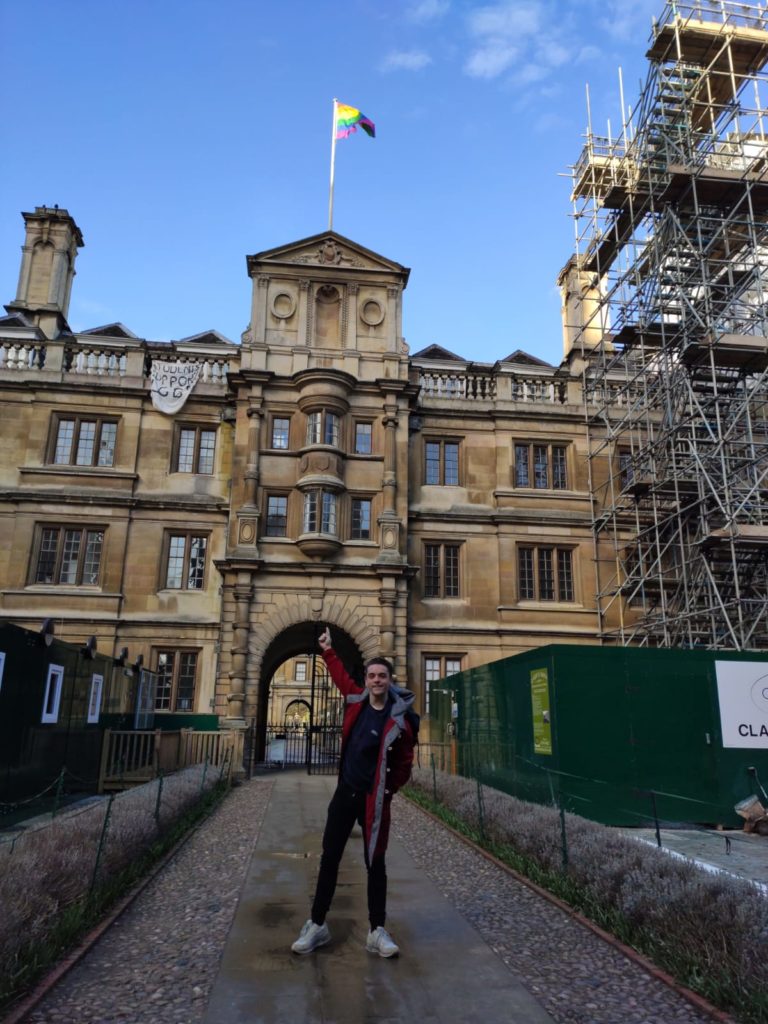 Freddy and Oli had to sneak into the college and scale the tiled roof without being detected by porters. Are these the heroes we never knew we needed?

They released a statement explaining their actions and detailing their frustrations: “We were sick of college taking a hypocritical and anachronistic stance on whether or not showing visible support for our LGBT+ staff, students, colleagues and friends was negotiable.

“This morning […] Clare College hoisted the LGBT+ Flag for the first time. It was not of their choosing, but of our own.” 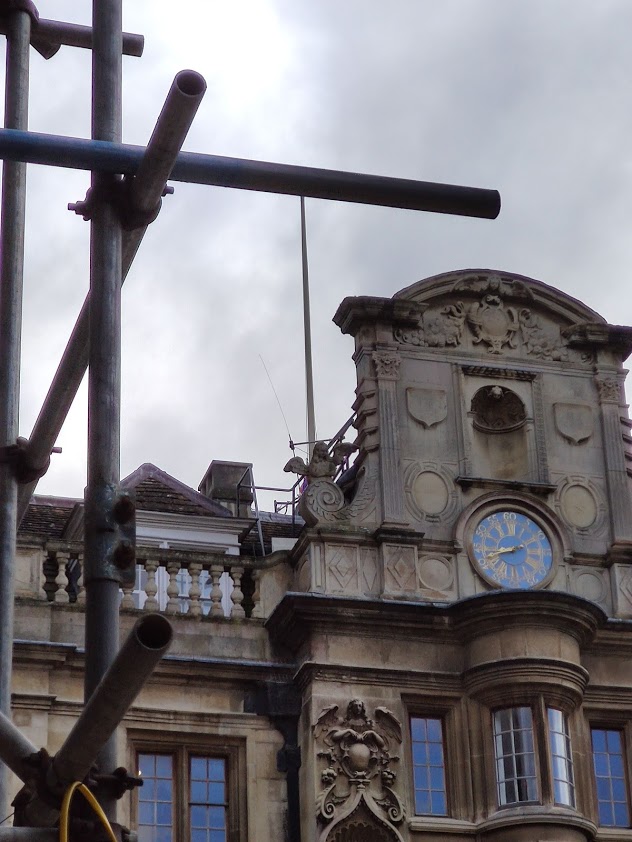 This year, the UCS (Union of Clare Students) President, Clare’s LGBT+ Officer and the MCR President all pressed Clare to finally fly the flag and show support for LGBT+ history month. In a meeting with the Bursar and the Senior Tutor, Clare College attempted to justify its refusal.

The college had three main areas of concern:

1.That there weren’t enough personnel to enable the flag to be raised.

2.That flying the flag is ‘homogenous’ as many other colleges do this, and there are other ways to celebrate.

3.That Clare does not ‘do’ flags in general (Clare routinely rejects all other requests for flags, such as national flags for patron saints’ days.)

The first argument was rejected when students offered to fly the flag themselves, but Clare still did not agree.

The third argument was dismissed by the UCS President in an email to Clare students. Dan Wright emphasised that the Pride flag is “a global symbol of pride, equality, and solidarity for a marginalised and oppressed community the world over.”

In comparison, the Union Flag, which Clare flies (under mandate) “is inseparable from the darker parts of this country’s past, like the historic evils of Empire and slavery”, although for some it does represent the positives of Britain.

Dan said: “That the Union Flag flies for royal occasions but the Pride Flag does not fly during LGBT+ History Month is a source of hurt for many of us at Clare.”

Potential compromises like the short pole outside Trinity were discussed. When asked whether Clare would fly the flag, no pledge was forthcoming. In the words of the UCS President: “This UCS, the last UCS, all UCS committees, have made our views known and sought alternatives, and it is not for want of trying that the flag does not fly this February.”

The Senior Tutor has arranged and paid for rainbow bunting to be flown on the ‘The Avenue’, a path between Old Court and Queens’ Road, which does at least show some semblance of support.

Students expressed their dissatisfaction with the bunting on the college’s social media accounts. Wright acknowledged the bunting in his email, yet expressed the opinion that this type of decoration should be in addition to, not instead of, the flag being flown. 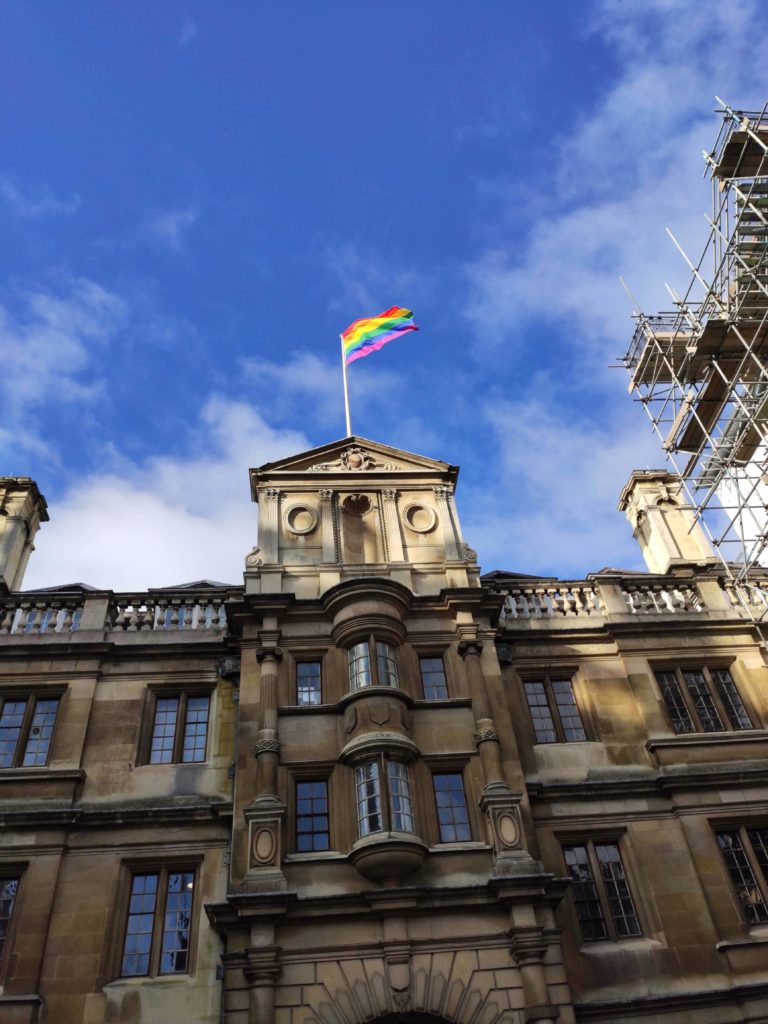 In light of all this, Freddy and Oli took matters into their own hands.

The flag has since been taken down by porters and re-hoisted, in what many are taking as capitulation. The porters have reattached the flag properly and securely, rather than removing it (as was originally thought!)

There is a petition to get Clare College to fly the rainbow flag consistently, which can be found here.