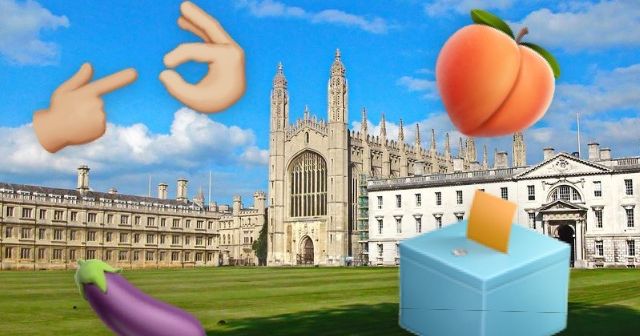 Sex and politics are intrinsically linked. From the Profumo affair in 1963 which was recently commemorated by a fantastic dramatisation, courtesy of the BBC, to Nicholas 'fatty' Soames, whose ex-wife claimed sex with him was like "having a very large wardrobe with a very small key still in the lock fall on top of you."

But, beyond surface-level scandals, is there any real link between sexual behaviour and people's political convictions? Joe Twyman, former Head of Political and Social Research at YouGov and founder of the social research polling agency Deltapoll, came to Pembroke Politics Society to answer these questions and explain to us the links between his "two great loves and interests": politics and sexual behaviour.

Twyman was inspired to research the relationship between sex and politics when a Conservative SpAd was described as being "disappointingly below par" at blowjobs on the BBC's political satire series 'The Thick of It'. This quotation was particularly poignant for Twyman since he believed it "played on an old (but I sense relatively widely believed) stereotype that Conservatives are frigid, unadventurous and generally not very adept when it comes to the sex." He decided to investigate the truth of the matter and aimed to see if it was at all possible to "predict, with any degree of statistical accuracy, someone's political support from their sexual fantasies or behaviour."

However, there are evident difficulties when conducting this kind of research. Twyman admitted that in the past "such work had been conducted on a few occasions before, but not particularly well. The sample sizes tended to not be especially large and often the findings were based on spurious correlations. In other words UKIP supporters might favour putting X in Y, but what you're really picking up is the fact that older males favour putting X in Y and UKIP supporters are more likely to be male and tend to be older. Plus the sub-sample of UKIP supporters within the survey would be small, and so the findings would not be statistically significant anyway." In order to combat this, control for significant demographic variables had to be taken into consideration.

While this evidence does suggest that those on the political right are generally less sexually adventurous, it does not mean that they are less satisfied with their sex lives. In fact, quite the contrary. Conservative and UKIP supporters recorded the highest levels of sexual happiness, polling way above the national average. Twyman is not, however, entirely sure why this might be – "perhaps they just expect less?" he theorizes.

Young people as a whole have proven more challenging to gather data on. Big data can be useful in collating information, however. Twyman briefly breaks off into a fascinating anecdote noting how, when, at another talk, he referenced the Dan Ariely comment that "Big data is like teenage sex: everyone talks about it, nobody really knows how to do it, everyone thinks everyone else is doing it, so everyone claims they are doing it." A very prominent politican, who "definitely wasn't Boris Johnson", piped up before he could finish "you mean we spend all our time thinking about it?".

As we concluded the talk, Twyman turned to the age-old question: is there any truth to the pernicious rumors that all Cambridge students are all socially awkward virgins? He told us that there really isn't enough data to answer that but realistically there is "no reason to think that they are any less sexually active than students at and other universities." So, that settles it then? "Well," he adds "perhaps with the exception of Goldman's. They're all at it there."