The Twitter account belonging to the Master of Trinity Hall, The Revd Canon Dr Jeremy Morris, is no longer accessible at time of writing. 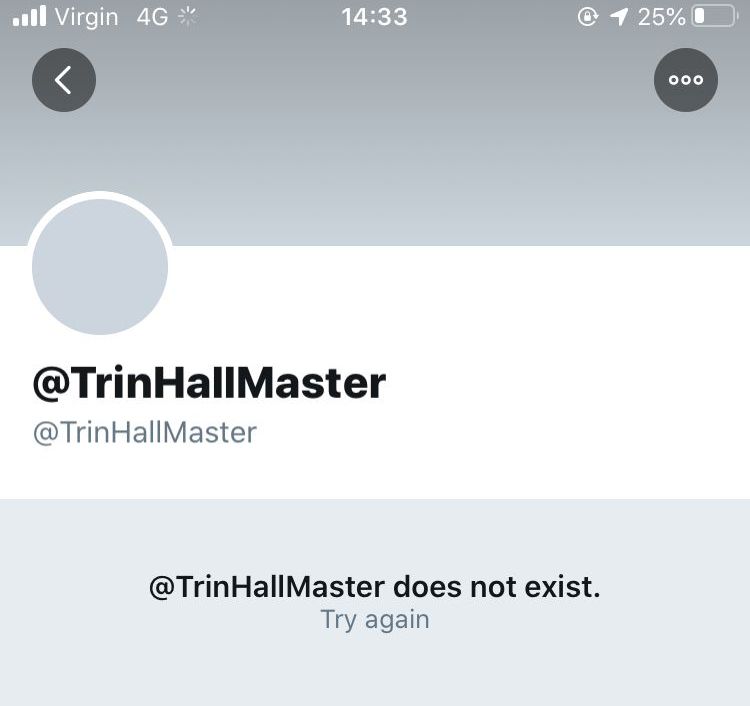 From a cache of the account from the 10th February, the account appears to have had minimal followers, at 436.

Recent tweets by the Master include:

@trinhallmaster is referenced in numerous tweets by the College.

Wonderful to meet up with Trinity Hall members and friends in Kuala Lumpur with @TrinHallMaster pic.twitter.com/pmIbvTx8At