We talk to the students shaping Cambridge’s musical theatre scene

I lured Georgia Rawlins, Joe Venable, Arthur Roadnight and Sam Macdonald to the cosy alcoves of The Regal, hoping to share brunch, have a chat, and maybe get some insights into composing and writing this term's freshest musical theatre (and opera!).

These students have pulled off four remarkable achievements; respectively, the musicals, 'Life with You' (Larkum Studio, Week 4), 'Cymbeline: The Musical' (ADC, Week 6), 'Those Left Behind' (Brickhouse, Week 6) and the short opera, 'Jonah on the Hill' (CUOS Shorts, Trinity College chapel, Week 8). As all are now busy bringing their compositions to life, I asked how each composer was approaching the daunting, collaborative process of bringing their own work to the stage.

It was clear that nobody is taking the same approach; Georgia and Joe have been closely involved in musical directing and directing, respectively, while Arthur is stepping back and putting his work into the hands of a production team. Georgia's choice to teach and refine her cast's handle on her music has allowed the score to develop according to the discoveries and obstacles met during production. New writing is often refined and influenced in the rehearsal process, as performers develop their characters, interpret the score and adapt things to their strengths. 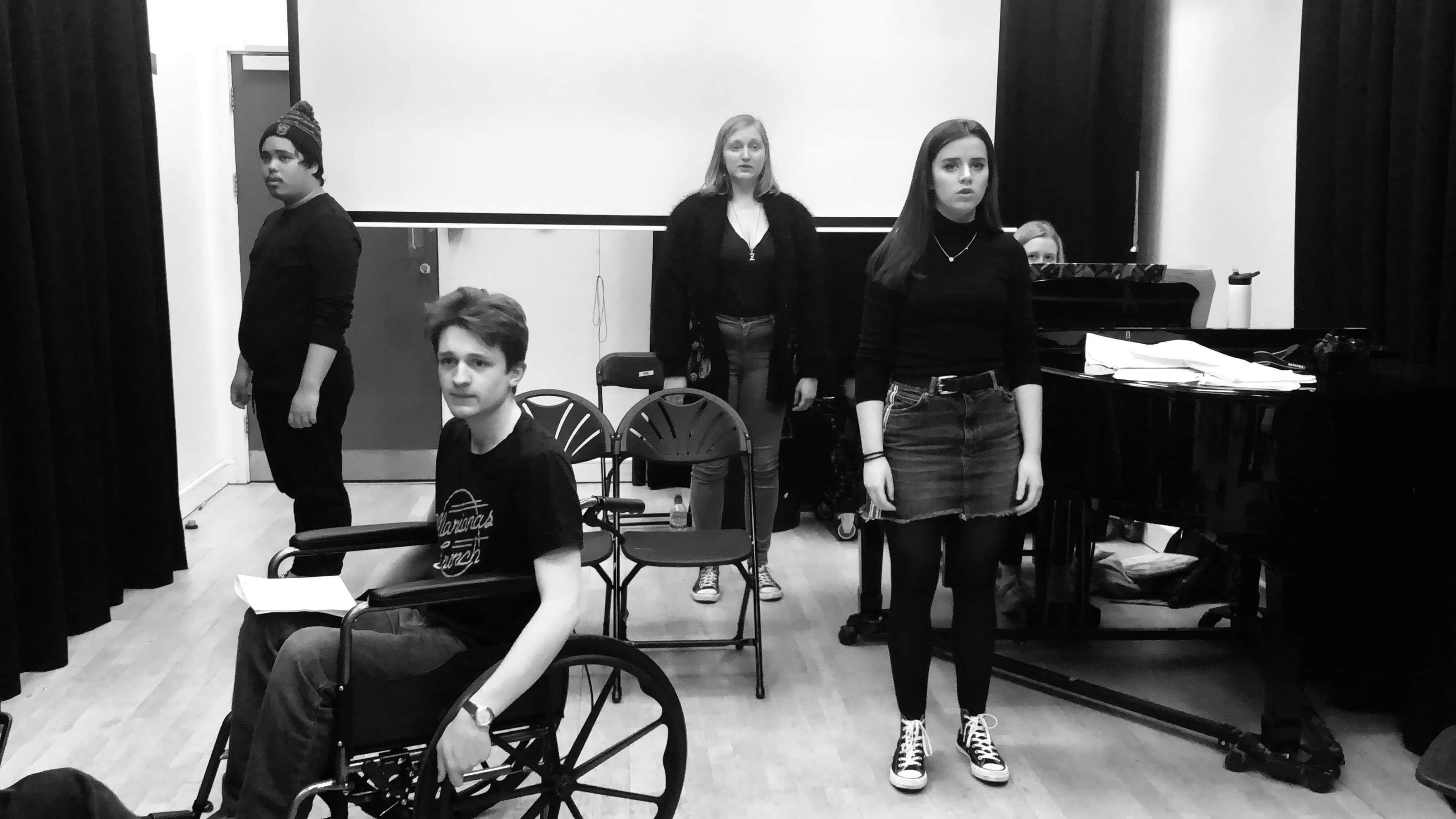 The cast of 'Life with You' (Georgia is hiding behind the piano) now open at the ADC's Larkum studio. Credit to Daniel Ellis.

The staggering funding opportunities offered by societies such as CUMTS and the Brickhouse Theatre Company facilitate more than props and set; they provide a context in which composition and composers can be informed by the richness of collaborative creativity. The final song Georgia had to write for 'Life With You' could only take shape after 'the context of the story' had been finalised around it. This was a trait shared by all of the composers I spoke to; the impetus or the inspiration to finish their work came from the opportunity to actually stage it.

Rather than personally taking his composition through the rehearsal process – as Georgia is doing – Joe is directing 'Cymbeline: The Musical' and enlisting the help of Will Jones to musical direct. What began, quite literally, as a revision exercise has flourished into a wacky retelling of the Shakespearean romance with a freshly 'woke' ending. He told me that having someone else in control of his compositions is a doubled edged affair. On one hand, they help reveal areas to improve, while on the other, they 'make you feel like a genius', which, let's face it, is why anyone writes anything anyway. 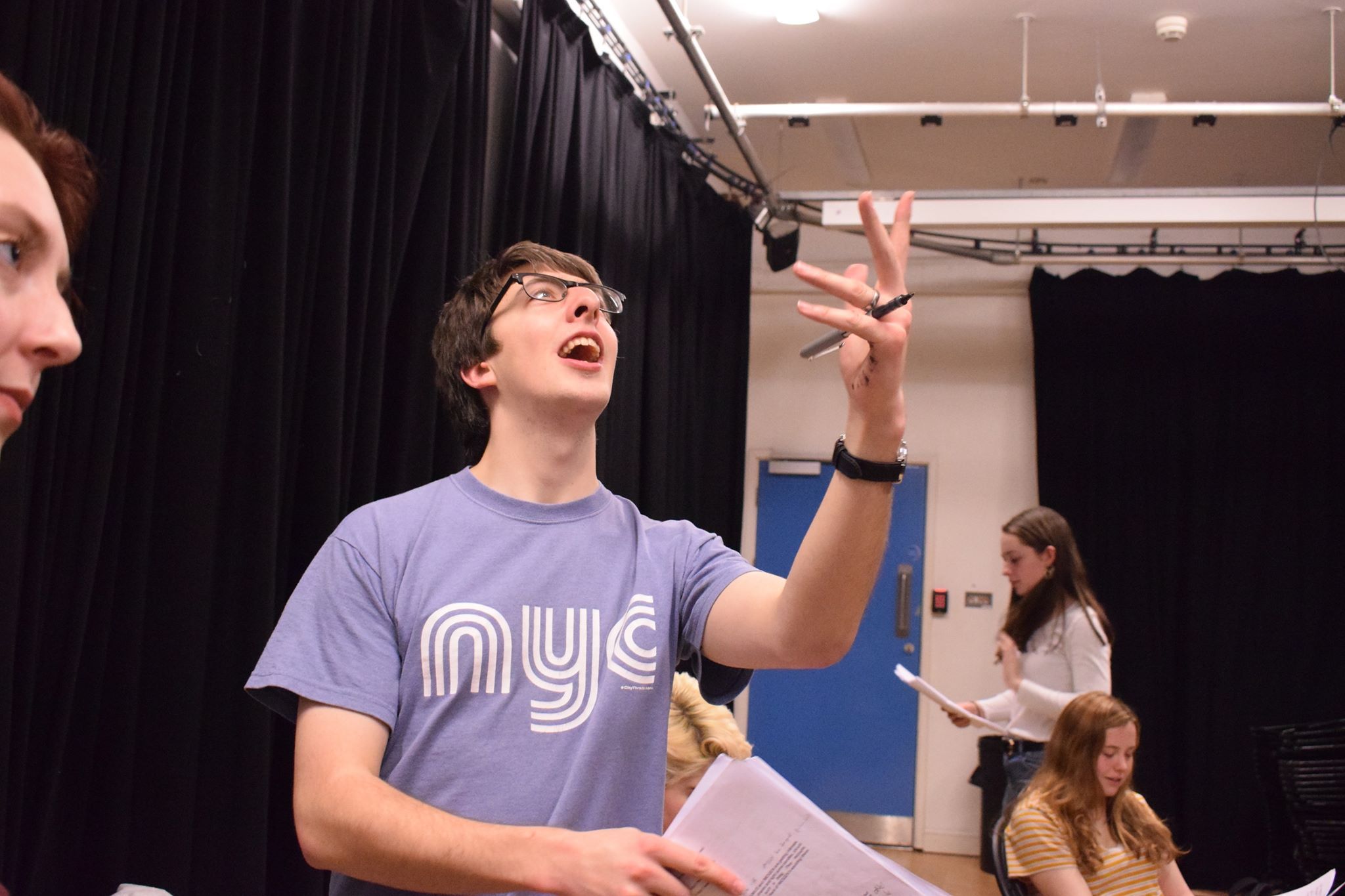 However, adapting the play to a new medium has been far from easy, Joe felt like he had had to 'chase' the music across the page despite feeling comfortable writing the lyrics needed to convey convoluted plot points. Anyone who has read Cymbeline will understand the insanity of this endeavour, but Joe has been a seasoned lyricist since working with his musically minded brother on past projects; incidentally, he revealed that his first complete attempt at writing a musical took the form of a biographical narrative of the life of Jesus Christ, creatively entitled 'Jesus: The Musical'. I'm sure Lloyd-Webber is fuming.

Funnily enough, Arthur's writing experience turned out to be the reverse of Joe's, as he feels comfortable coming up with tunes but dreads having to pen lyrics. This became a theme with almost everything I asked; no two composers felt the same about the way they wrote and, as Georgia put it, "no one feels 'qualified'". That hasn't stopped any of this term's new composers from being ambitious.

Arthur has attempted to create a "singer-song writer" style (he told me, cringing and with heavy air quotes), incorporating interviews and verbatim dialogue into the script for 'Those Left Behind'. Joe is finding himself wrangling a significant orchestra, including trumpet and cello, into balance with his performers, whose vocals need to convey 'up to four plot points' a song. Georgia's score, alternatively, is written entirely for vocals and a piano, partly due to the spatial limits of the Larkum studio. This constraint has helped prompt Georgia to refine her piano parts, adding richness and complexity to the fully underscored musical.

Speaking of ambition, Sam's short opera, 'Jonah on the Hill', may not have the length of the other three's pieces, but its spiritual subject matter, literary influences and 'wacky time signatures' – as soon as these were mentioned the assembled composers became animated and began hitting the table with weird rhythmic intensity – give a strong impression of depth and careful craft. Sam distinguished his work from the plot-driven focus of the other composer's projects, instead emphasising the operatic and oratorical bent of his music, which harnesses the specific abilities of his medium to convey 'heightened spiritual moments'.

Ultimately, it's this function of music to convey heightened emotion beyond normal language which make musicals and opera so effective at telling important stories. What began as a 'vent' song Georgia wrote through pure impulse became 'Life With You'. Through song writing, Arthur discovered his need to create 'Those Left Behind', and after interviewing dozens of students to include their stories in the play's narrative, he realised: 'I can't think of anything else more important to me right now'. I sensed, as the chirpy composers dispersed into the brisk bustle of St Andrew's street, that his words were true for every one of them.

This second half of this term is shaping up to be an absolute cracker for theatre, and I would recommend supporting every morsel of fresh writing. To all budding writers, or anyone with scripts or scores hidden away for a rainy day, I urge you to find a loyal mate, keep your eyes peeled for the next opportunities to pitch, and get your work out there. In the meantime, I highly recommend checking out the work of these budding composers. We all need our own most important thing, but sometimes we could benefit immensely from somebody else's.