Kiss and tell: The Jacob Rees-Snogg Off

On Thursday 13th February, the Tory MP Jacob Rees-Mogg came to do a talk at the university for CUCA.

The location was kept quiet and you had to sign up to a special list if you wanted to attend, but the news did get out that the event was going ahead at the Cockroft lecture theatre, New Museums site. 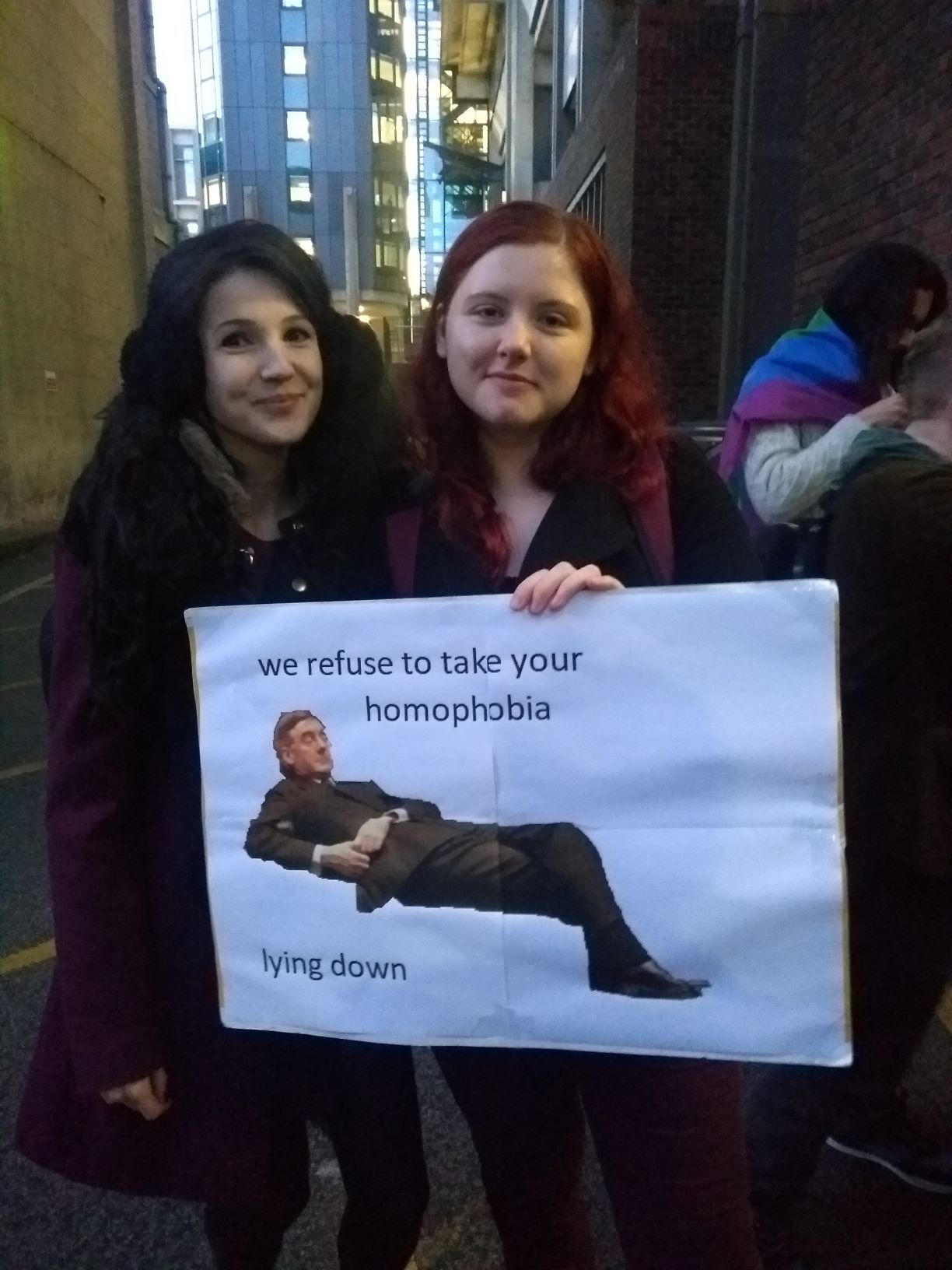 A separate facebook event, the Big Gay Jacob Rees-Snogg off, was created to enable Cambridge’s LGBT+ community and allies to show solidarity against Rees-Mogg’s homophobia and misogyny. 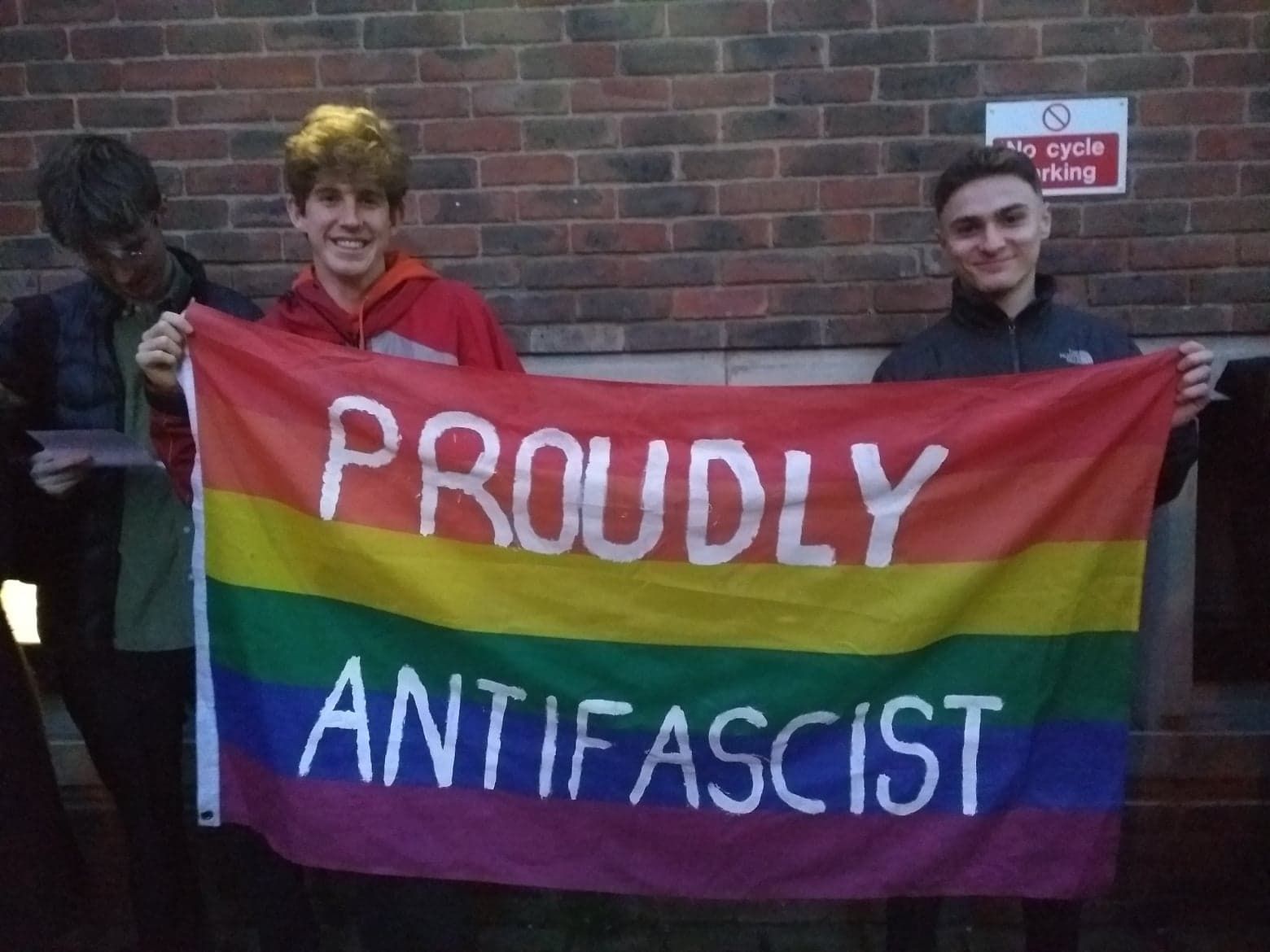 Gay anthems were played, leaflets were handed out and everybody had a gay old time. Highlights were Sinitta’s Shame Shame Shame, the chorus of which was enthusiastically sung at attendees of the talk, and an acapella ending of Abba’s Gimme! Gimme! Gimme! (A Man After Midnight) to finish. 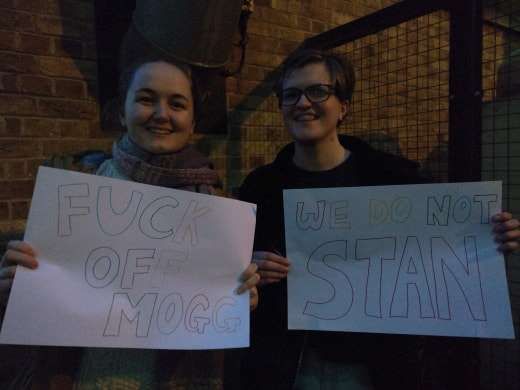 Sadly JRM himself was nowhere to be seen and it is likely he came into the building through an alternative entrance.

Speeches were followed by a five second countdown, and then a competition of who could kiss the most people in two minutes, and the advice “pecks do not count – we want passion – we want heat.”

Flares, flags, fireworks and party poppers all contributed to stunning visuals at the event.

The organisers were very consent-focused and made it clear that non-kissers were welcome too. A positive experience for everybody present, sadly proctors of the event did not join in the dancing and remained stony-faced.

After the event, the organisers led participants to Spoons for a social.

The event was organised by CUCA.

Would you call a lack of a three-course meal exploitation? No, I wouldn’t either