On Saturday last week a group of Extinction Rebellion members, along with other climate activists, held a mass picnic on the front lawn of King's College in protest against Cambridge’s continued complicity in and involvement with the fossil fuel industry.

In solidarity with protesters at Oxford University, who last week staged an occupation of St. John's College lawn, some protesters put up tents on the lawn and occupied it overnight.

A spokesperson from XR Cambridge universities said: "It is shameful that the University of Cambridge still won’t cut its ties with fossil fuel companies, even after over half of UK universities have divested, and yet still curates this concerned, ‘green’ image in the public eye. The image of this university is as manicured as its lawns, but we will not be placated with tokenistic changes and greenwashing. Their responsibility extends much further than letting the odd lawn go fallow, or introducing a group like Cambridge Zero.

"These changes are good, but they are happening at the same time as the university continues to accept funding, professorships and donations from some of the world’s worst polluters – companies such as BP, Shell and Slumberger who are responsible for human rights abuses and environmental catastrophes around the world, and who will be responsible for the death of the ‘bright’ future of the students Cambridge University supposedly cares so much about, unless powerful institutions, as well as governments and individuals, take drastic action to change our current course."

As the protestors came together in the sun, they were joined by families, students and dog walkers alike: here is the action in photos. 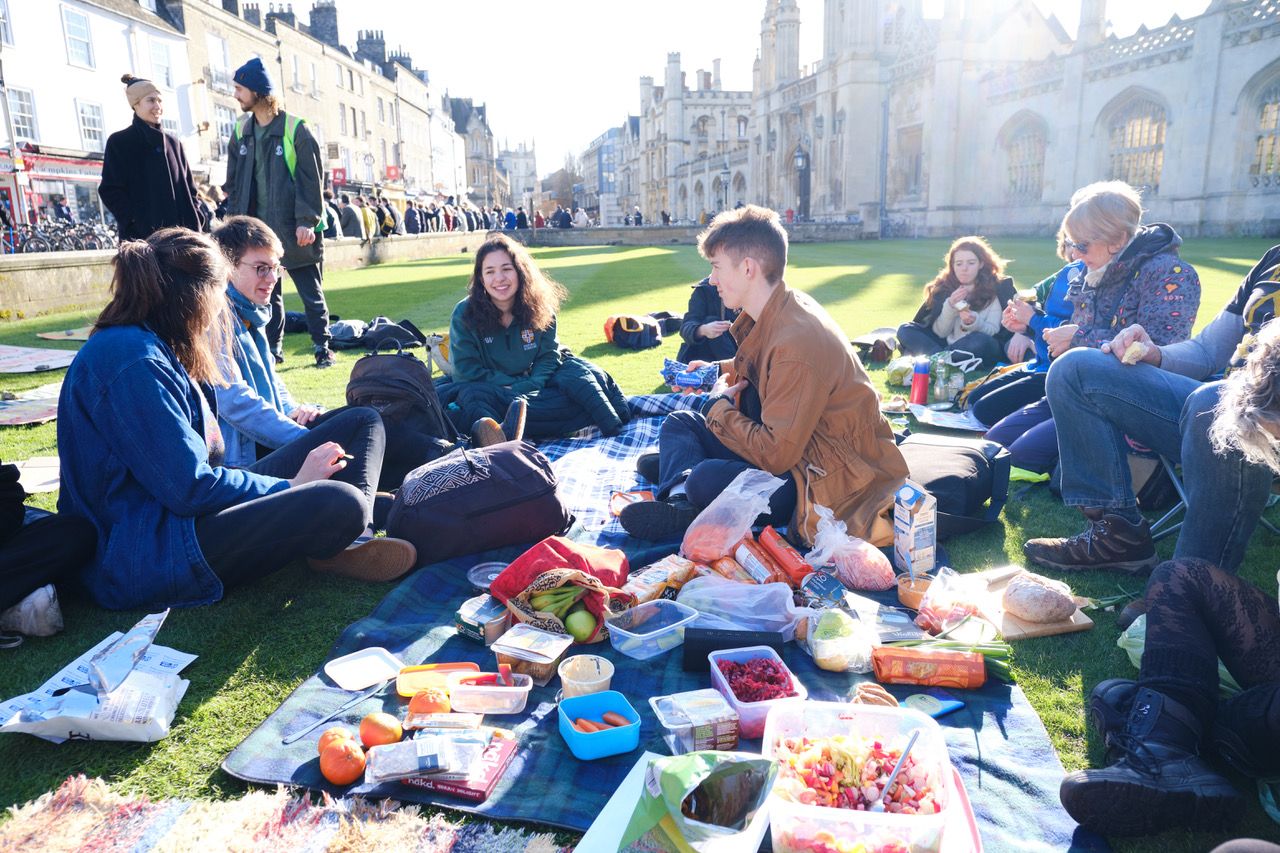 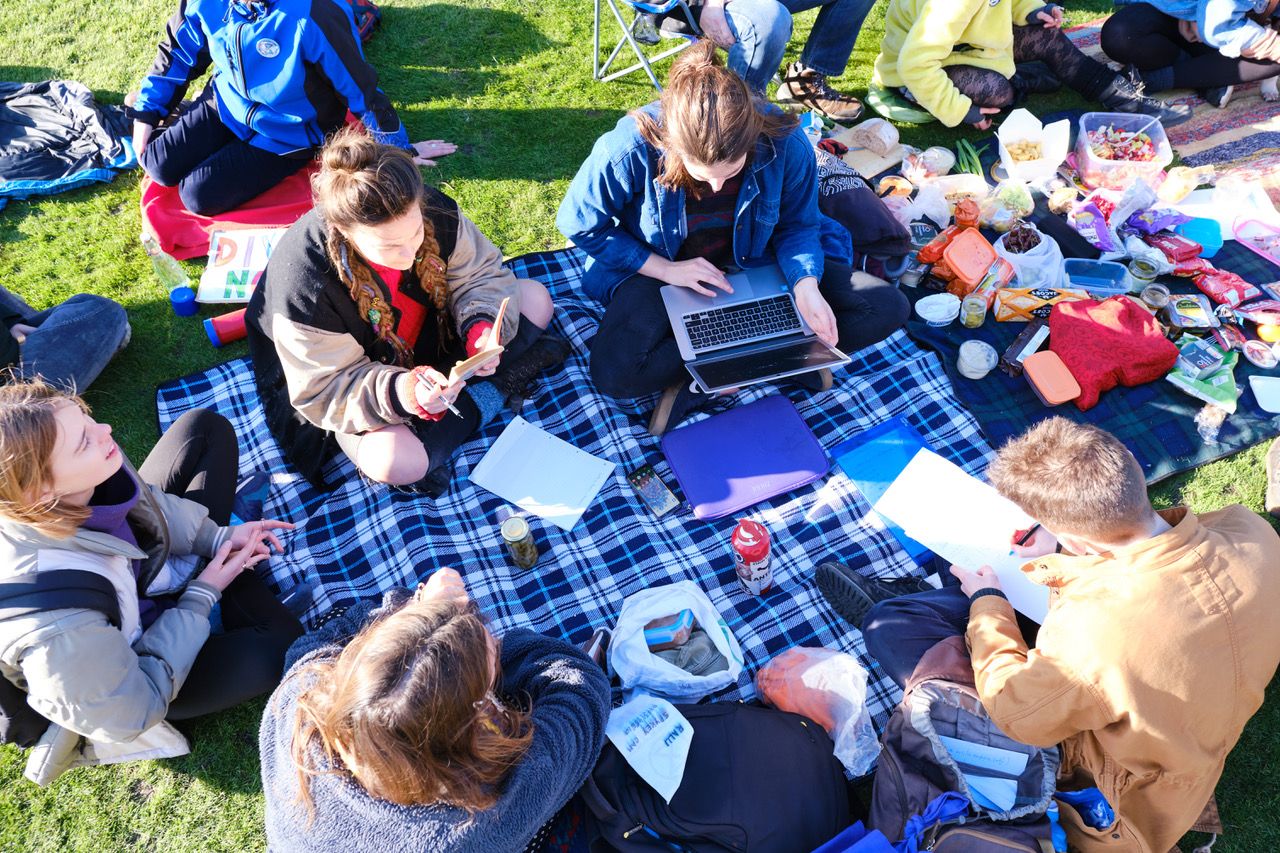 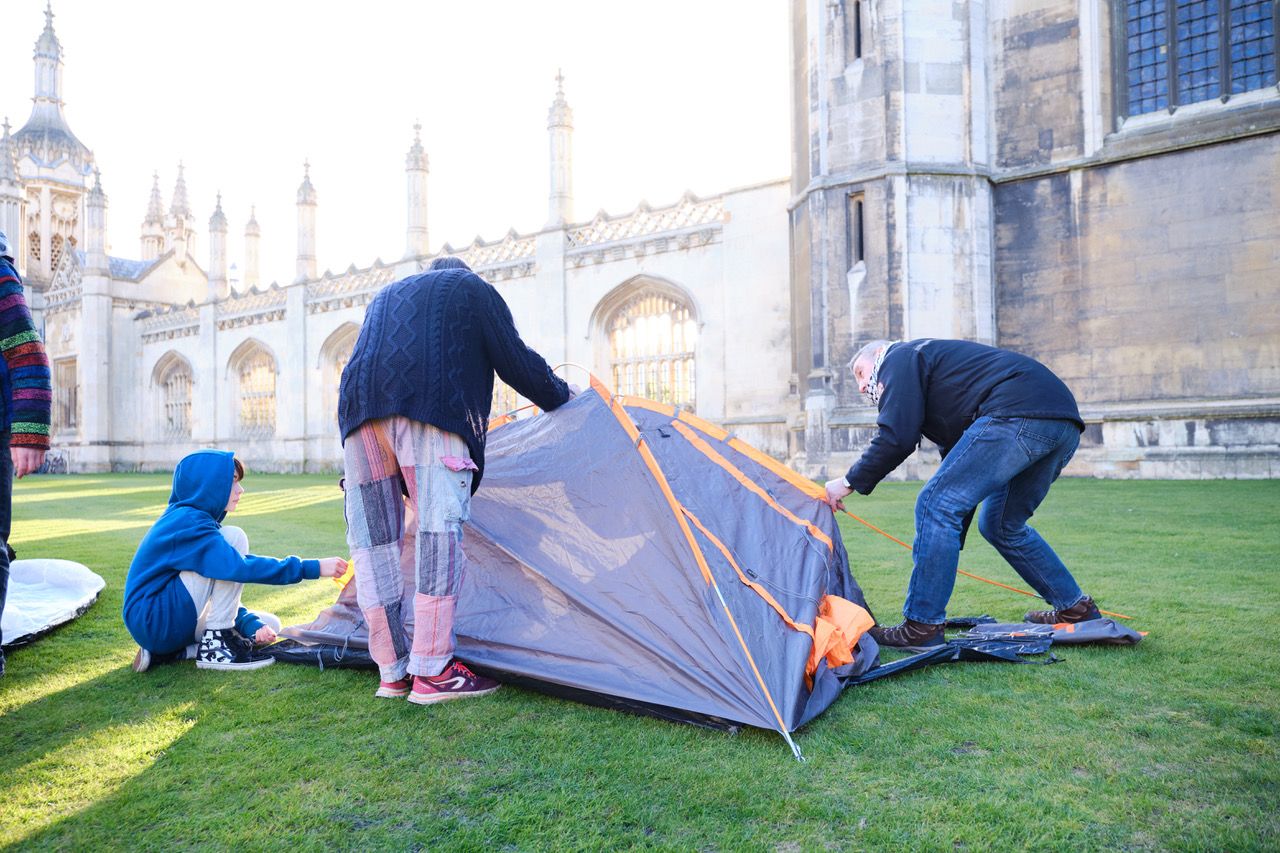 Around 3pm tents were put up in preparation for the campout 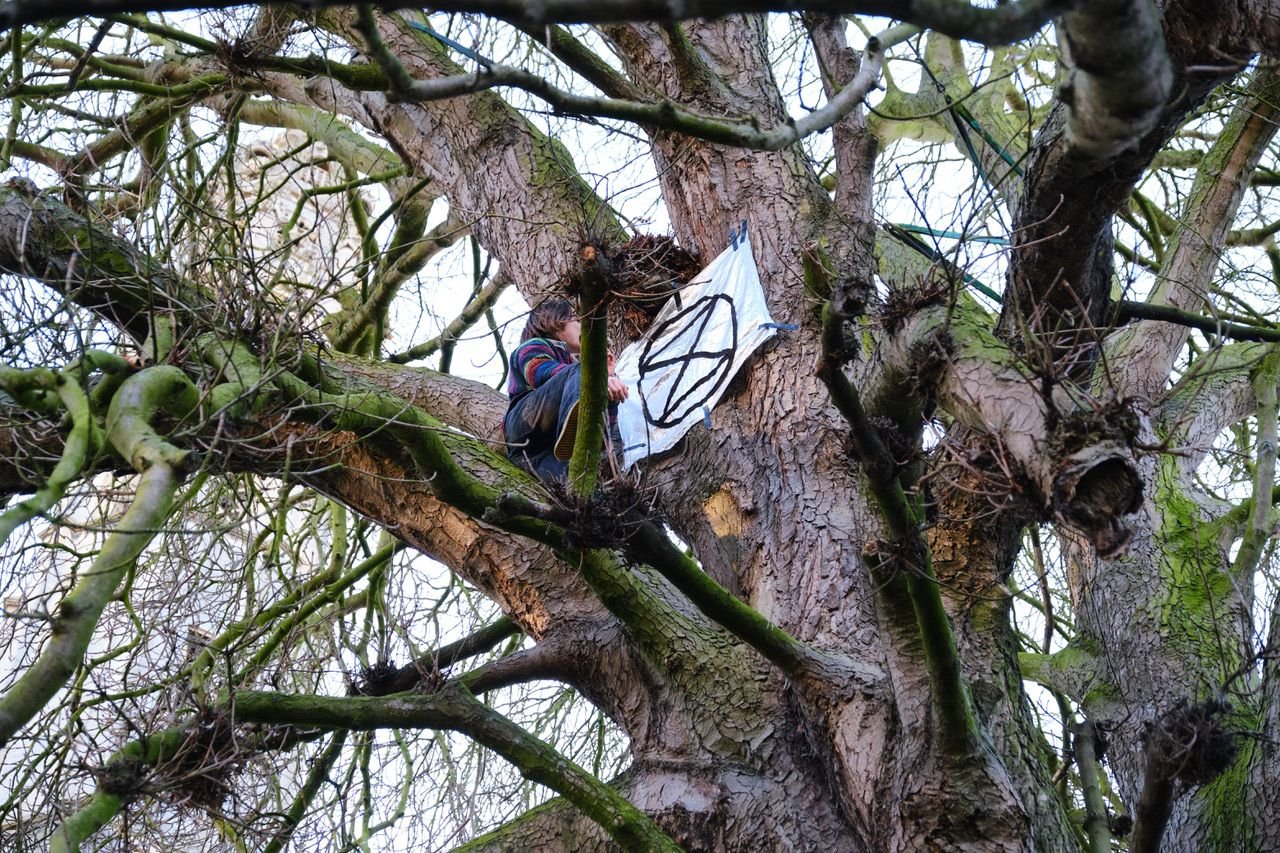 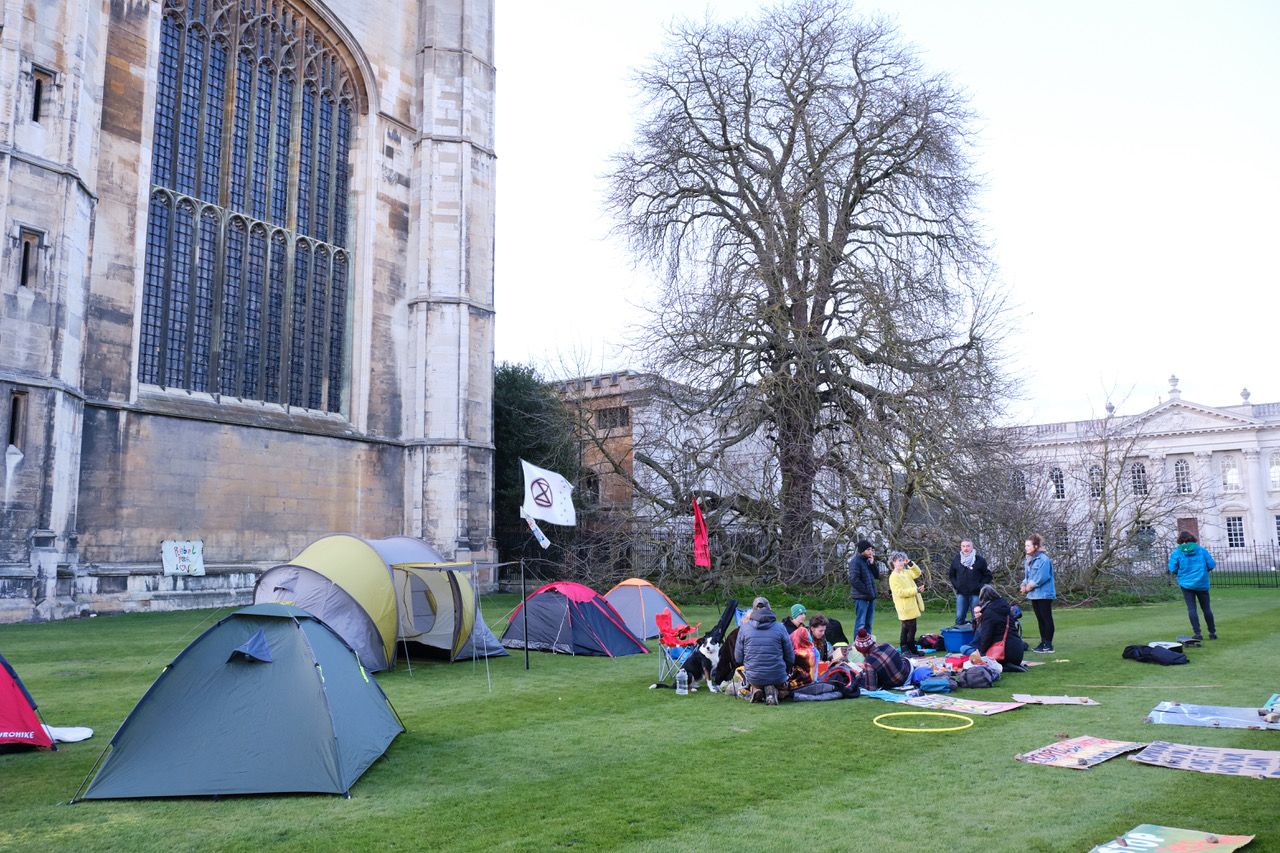 Despite the cold, the action remained busy and those present were motivated and determined throughout 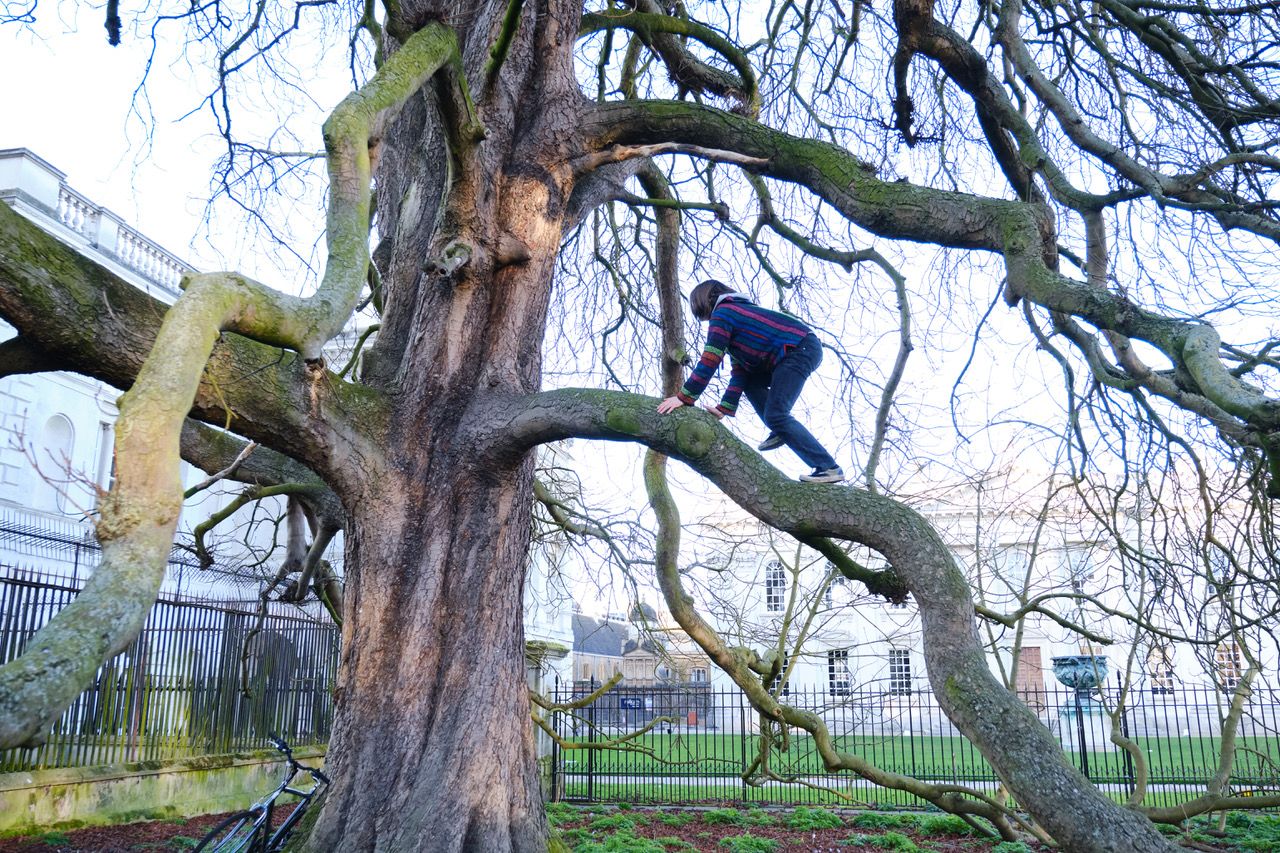 The occupation for divestment attracted participation from families and children 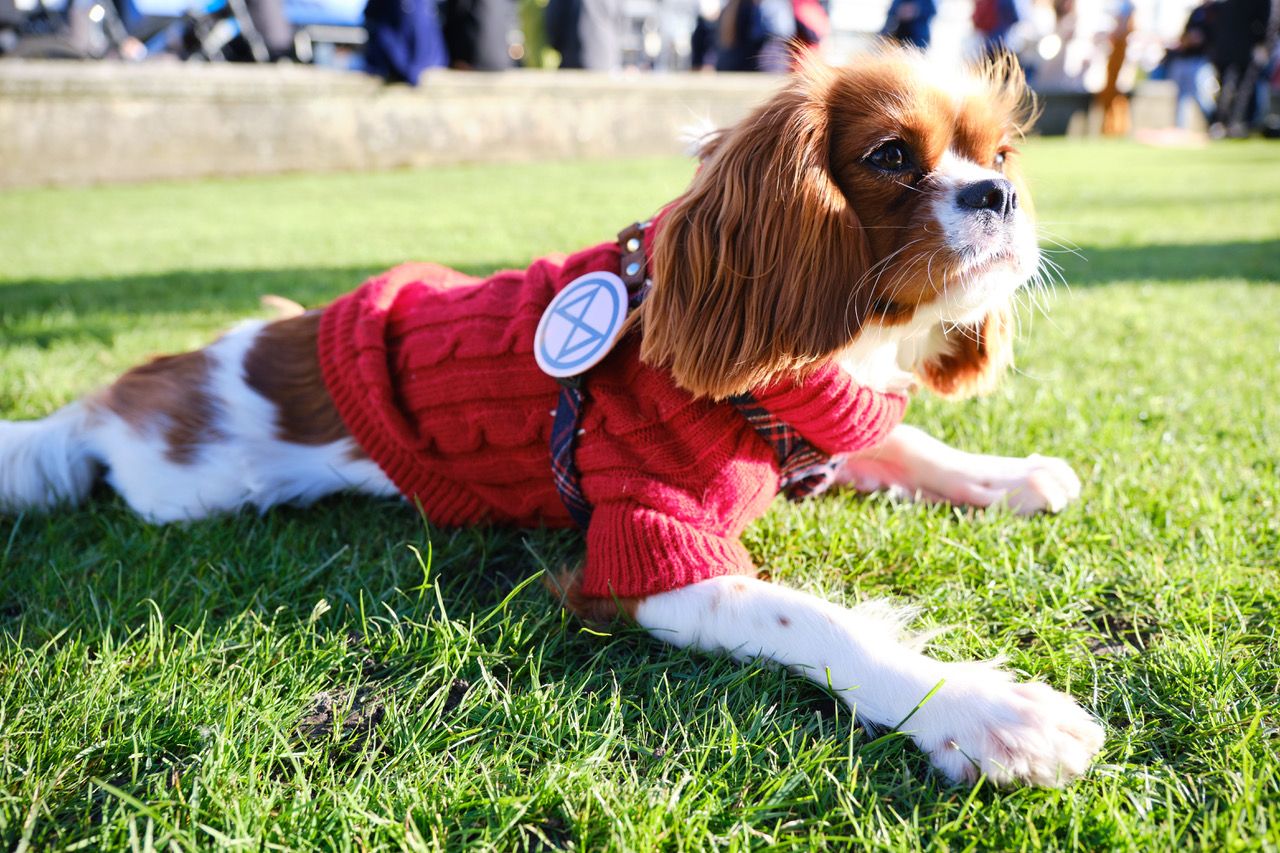 A local dog even joined the protest and boasted the XR badge! 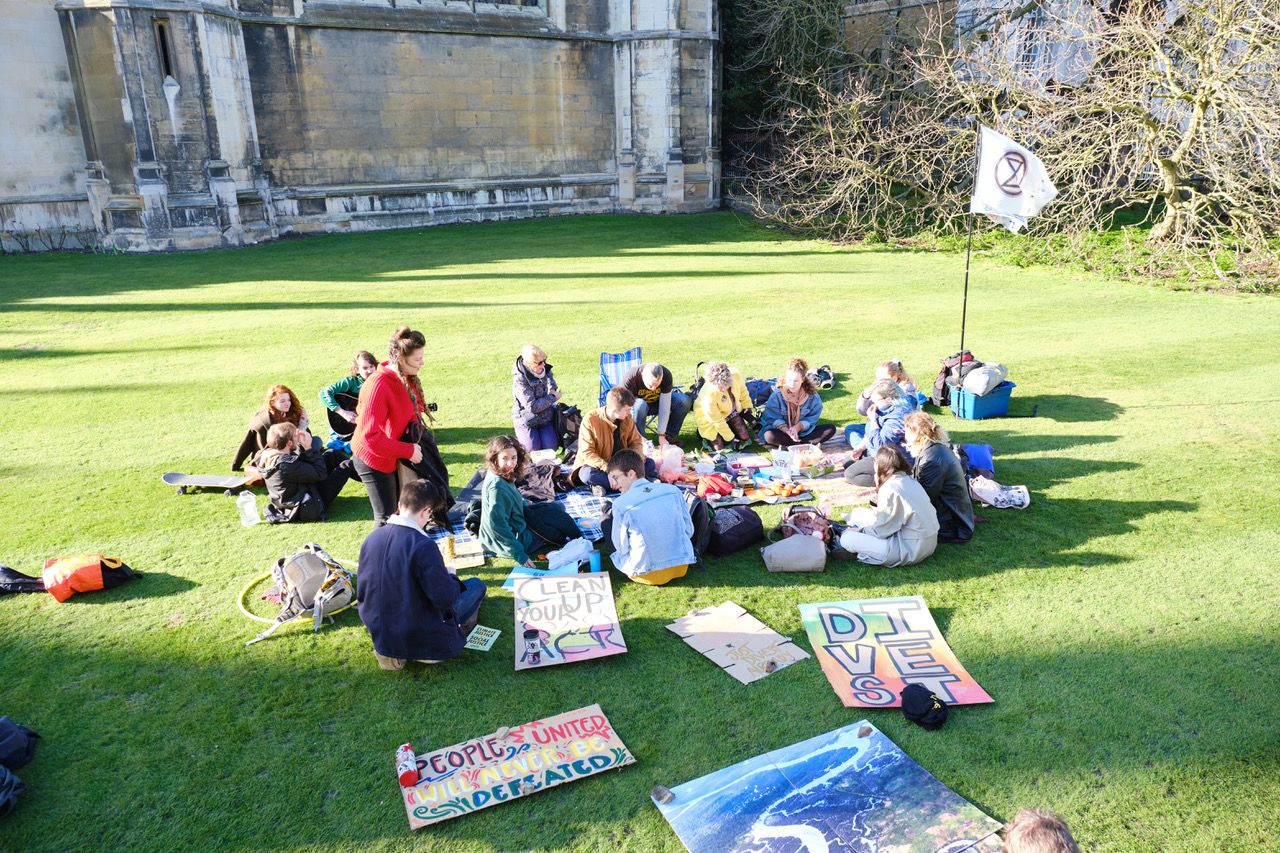