Review: ‘What’s wrong with me?’

Hit and miss overall, but where it does hit the spot, both hilarious and meaningful

Sketch shows are hard to get right. The audience's attention and focus is constantly changing, and each sketch is so short it is tough to create a scene which is genuinely funny and engaging, yet also simple and easy to get the gist of. 'What's Wrong With Me?' is a stellar attempt. Granted, the sketches are hit and miss, but I think it's near-impossible to get it right every time.

What made 'What's Wrong With Me'? so compelling overall was the serious and very relatable layer of meaning behind the sketches: that at times, everyone experiences insecurity, self-doubt, maybe even self-loathing. Whether it be in terms of our physical health, mental health or romantic relationships, we all sometimes have that sickening, creeping thought, what the hell is wrong with me? 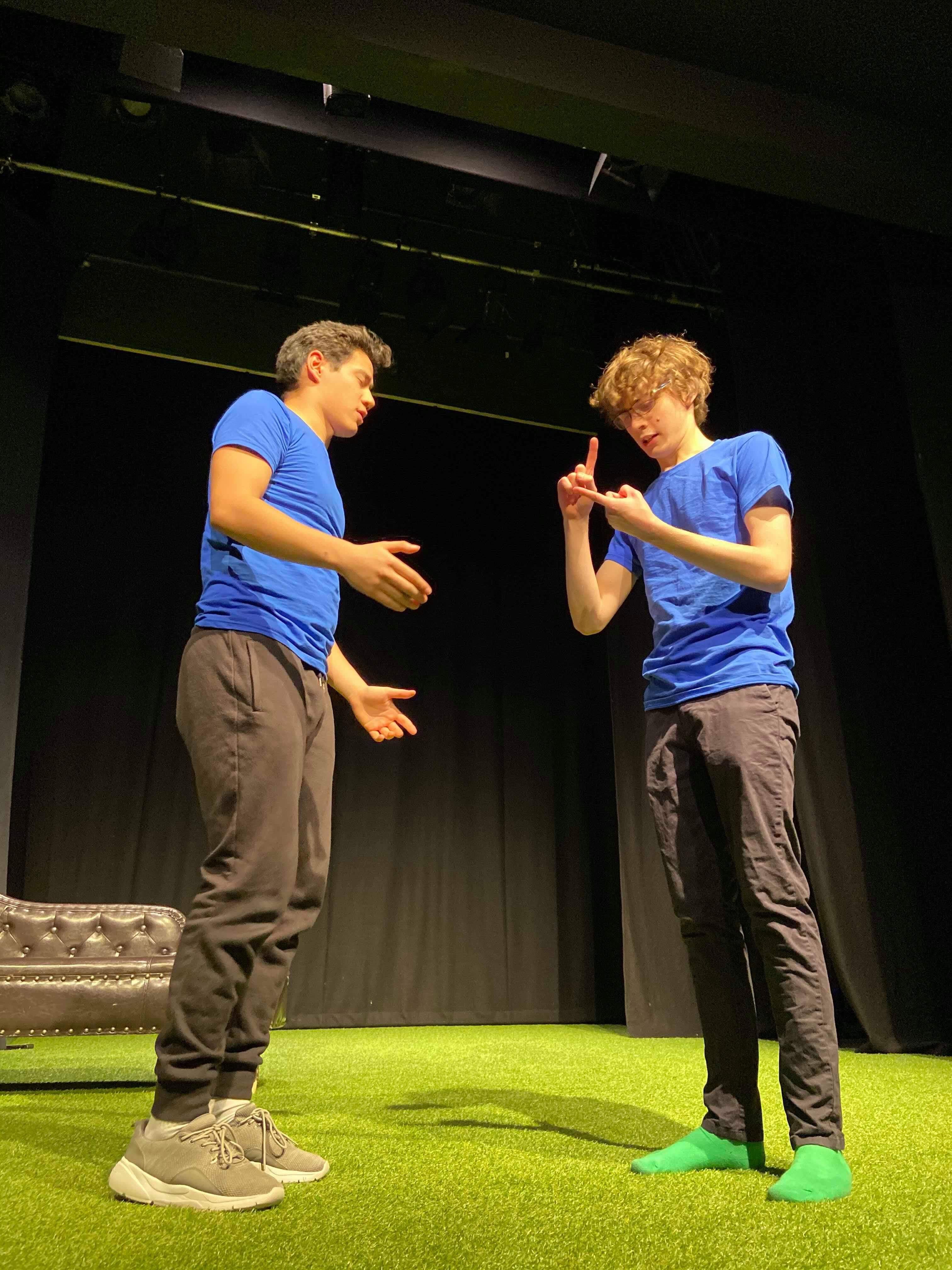 'What's Wrong With Me' was energetic and vibrant from the opening sketch. It was about the anxiety we can feel when there is something wrong with our physical health, featuring a patient bombarded by doctors examining him. All the actors were involved, making it a lively, busy and fast-paced sketch. The funny quips about symptom-googling and doctors questioning 'why is the food pipe so close to the wind pipe?' made me genuinely laugh out loud, which was a promising start.

Some of the sketches were short and disappointing, with the gags falling flat because the audience didn't know what was going on. Perhaps the fact that I struggle to even remember the themes of these sketches is telling. Yet others hit the spot perfectly, leaving me both in stitches and reflecting on my own mental health and experience of relationships.

The sketches about mental health were nuanced and meaningful, yet still very funny and light-hearted. One depicted a teenager who couldn't sleep, and two actors played the incessant voices in his head asking absurd questions and nagging at him. It was a very relatable and accurate portrayal of what goes on in our minds when we are tired but just can't sleep. With our busy and stressful Cambridge lives, we all experience that horrible feeling of being so tired but unable to switch off our overworked brains and fall asleep. 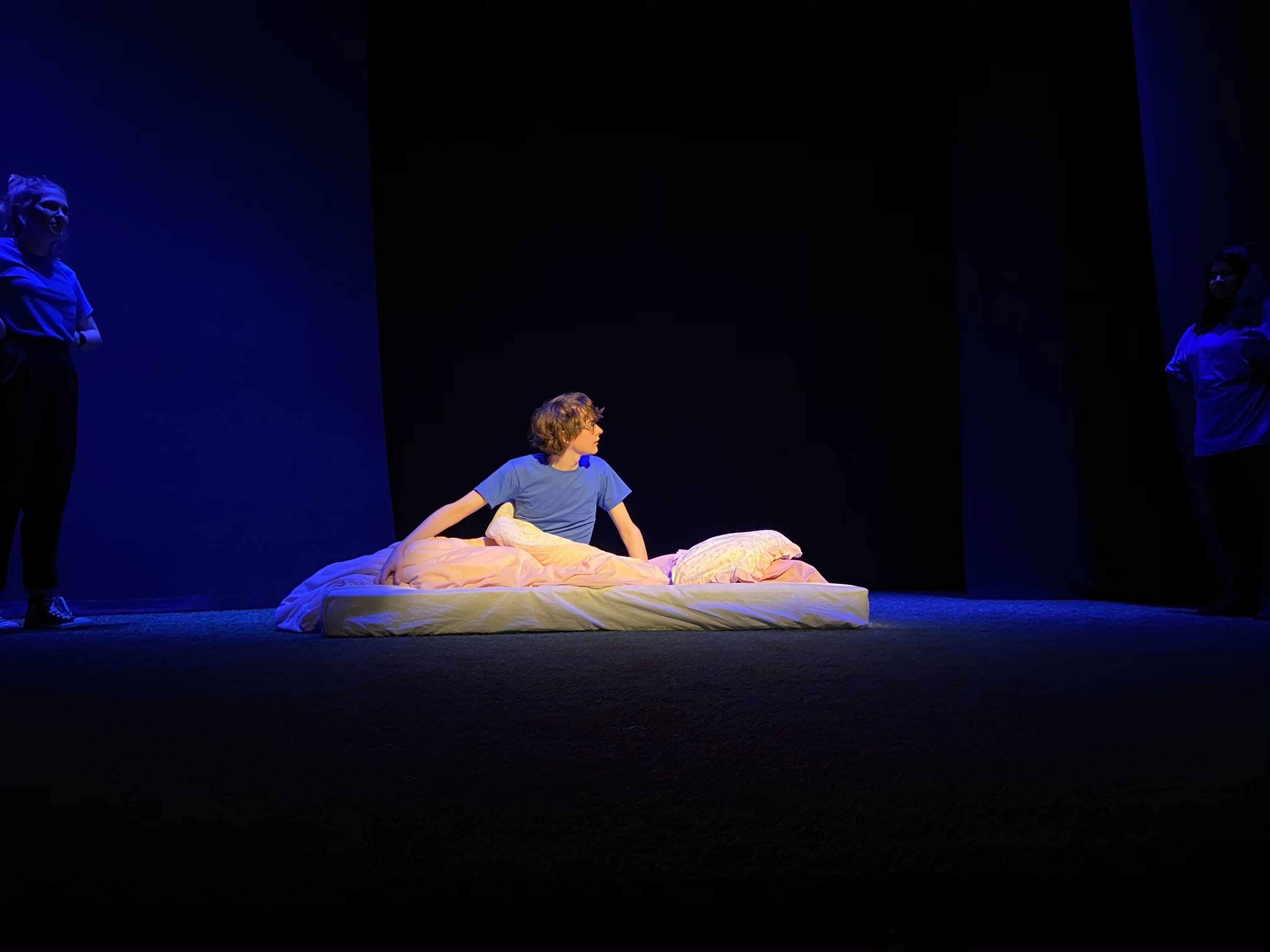 Another relatable sketch about mental health was one about giving up as the solution to despair. It ended with one actor saying: "Ask your Doctor if… what's the fucking point?'. While this made me laugh, it also tugged at my heartstrings a little. It made me think that when it comes to mental health, doctors often do not and cannot have all the answers.

Interspersed throughout the performance were some very short, simple sketches on a recurring theme: romantic rejection. In one, the girl involved utters the classic "you too!" when she is told to enjoy her meal by the hot waiter. In another, she is ignored by her romantic interest who is talking on the phone to another girl. The soundtrack to these sketches was – aptly – 'Fix You' by Coldplay. They were deliberately cliché, but it worked well, and again, it was relatable. Rejection is something we've all probably experienced (lucky you if not) and can make us question what's wrong with us and wonder whether we're the problem here.

The best sketches were those with unique, funny and larger-than-life characters, coupled with a simple, get-able narrative. One that really stood out was a sketch in which an actress played a teacher lecturing her students about feminism, but absurdly arguing there aren't enough female serial killers. It was a funny, exaggerated distortion of modern feminism and the teacher was compelling with a very convincing 'chavvy' southern accent. 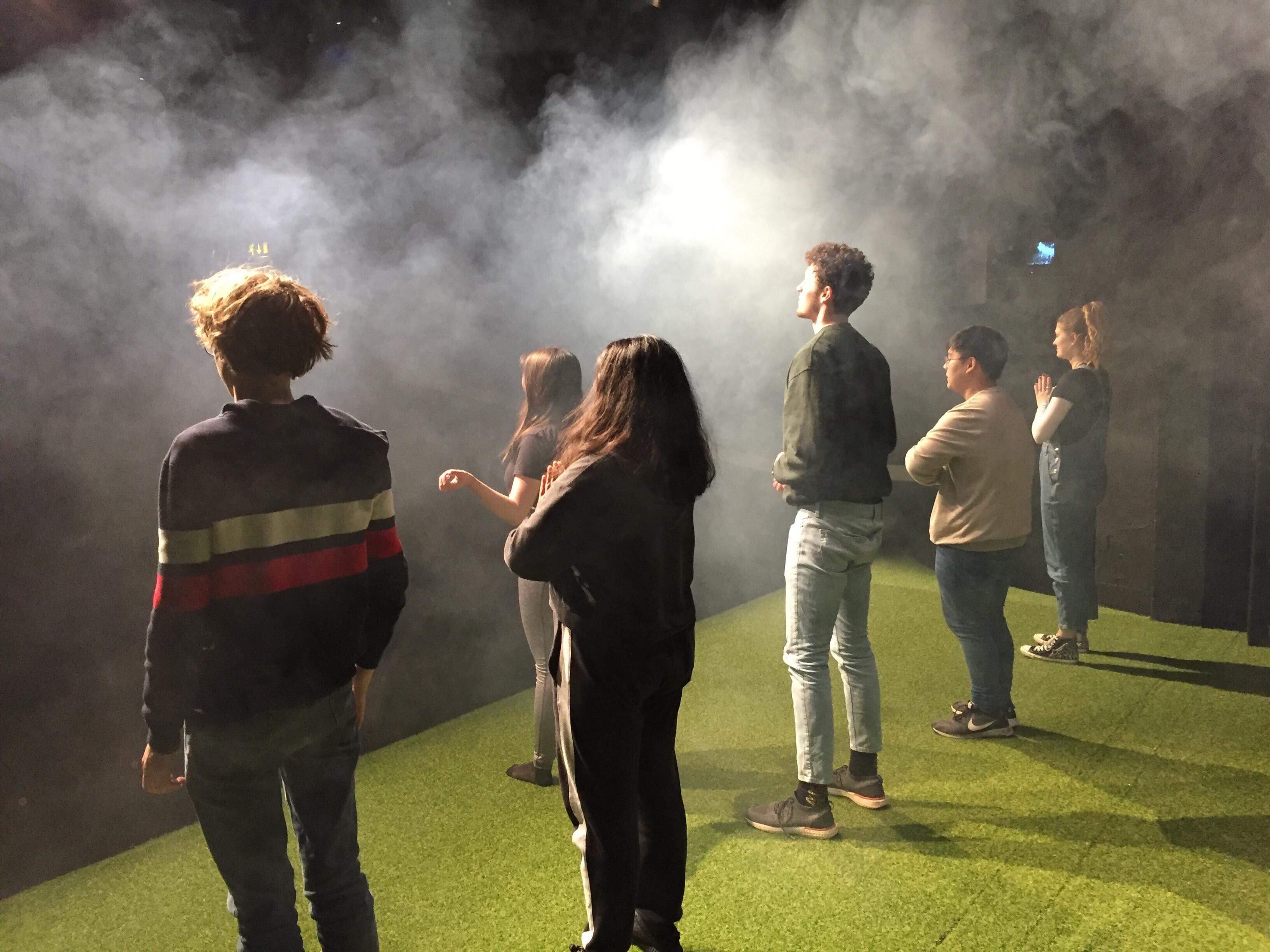 Another that stands out for me is one which perfectly depicted a guy and a girl getting with each other in the club. It exaggerated the awkward ritualism of eye contact, followed by the smile, moving tentatively towards one another, dancing, touching… and then right before he was about to kiss her, his mates dragged him away for shots. This might be familiar to you. Getting shunned by someone you like in the club can be hard to deal with, especially if you're… intoxicated.

This sketch show dealt with issues such as mental health, anxiety, rejection and relationships in a funny yet also textured way. The sketches which were done well were done really well; they provoked uncontrollable laughter and the nuances behind the comical surface got me thinking.

All images credited to Ayush Prasad