I don’t know how they do it

My boyfriend and I study Maths and English respectively. I knew an opportunity to secure a well-financed future and took it, but the arts-sciences divide is still, well, dividing.

He is, like many STEM students, adamant that a) he has better job prospects than me, and b) that he works much harder. Although the former can only be found out post-graduation, I tried living as a Mathmo for a day to see who’s right. 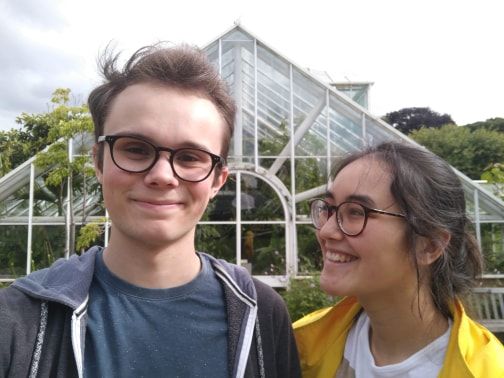 08:15 – 9:58 – General procrastination including getting ready and having breakfast. We have tea and bagels, accompanied by a large quantity of Reddit content.

9:58 – Leave home for a 10am lecture, as I am informed that being late is an essential aspect of the ‘Mathmo experience’. I have never been late to a lecture before.

10:05 – 13:00 – Admittedly, I only stayed for two, but two hours was more than enough for me. I felt immediately out of place, a fraud, even though (or perhaps because) I was dressed as Steve Jobs. Although my opinion of their lectures may have been hindered by my GCSE-level maths skills, I could tell that this was fast-paced.

I tried to keep up with note-taking but the technical vocabulary and the Greek letters and the diagrams threw me – especially after being told that most of what I wrote was wrong anyway – and I resorted to online shopping and drafting this article. It felt like I had lost both my grasp of the English language and a thumb with which to hold a pen. On the plus side though, there were two Brexit jokes and someone drinking straight from a carton of milk, by which I was mesmerised enough to momentarily forget my resentment about the quality of the Mill Lane lecture seats, which are vastly better than those at Sidge. 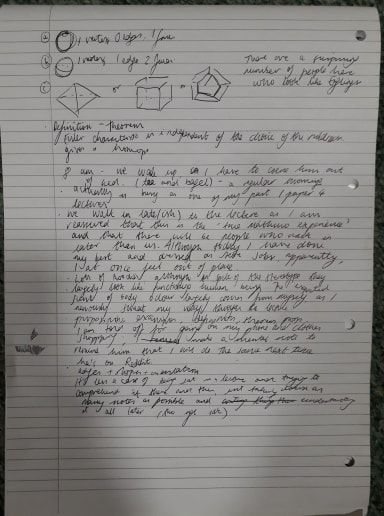 13:00 – Once again I was reminded of how, when two mathmos converge, conversation will immediately turn to maths and will only return to normality when one of them leaves.

13:30 –19:30 – On a regular day, I would have slowed down, perhaps stopped, allowed myself to procrastinate for an hour or two so that I didn’t go mad. But today was an Example Sheet Day, with a hand-in at 8pm and a lot of work to get on with.

Although I too have busy days when an essay is due, I don’t think that I have ever worked at this intensity. Perhaps that's because I’m lazy, have a short attention span and have things I would rather do instead of my degree, but to keep (relatively) focused for six hours is admittedly impressive. I, once again, failed to do so and, once again, resorted to online shopping and complaining about how much work I had left to do. 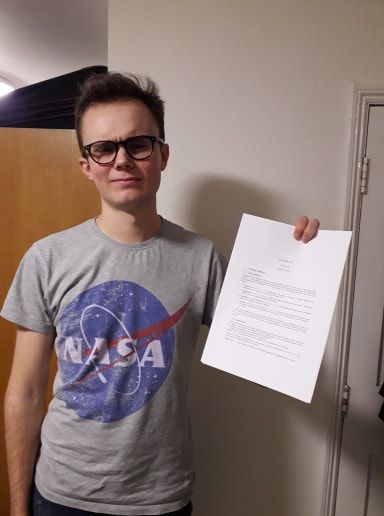 He even made me a maths guide and an example sheet, which I couldn't force myself to look at (Photo credit: Izzy Dignum)

I mean yes, it sounds like mathmos do work hard. But, so does everyone else (apart from me, apparently), probably because we have to. Does this mean that mathmos work harder than anyone else? They may work harder than me on occasion – and at least this experiment proves that us englings do go to lectures, even if they're not necessarily our own…