Welcome back to the series of articles that shifts the focus from the cold-hearted sports teams made up of millionaires to teams where a significant chunk of the players are playing hungover. Yes, I am talking about the wonderful team that is Emma rugby. Playing rugby the way it should be played. 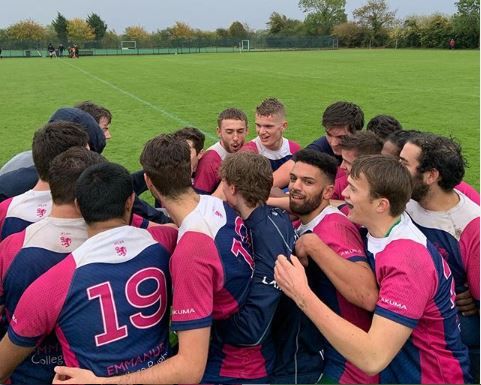 Another game week means another circle of love. Just look at everyone's faces. These are the faces of people who love playing rugby for Emma.

If you’ve read the first article in this series, you’ll remember that in an attempt to stop games being forfeited due to teams not having enough players, the league format for Division 3 was changed. Now you play two teams for a half each, with the idea being that the team not playing can lend players.

However, amazingly, Emma rugby actually had more players than a starting 15. In fact, we started with 17 (SEVENTEEN) players, which is something we are not used to Emma, because we only have 16 shirts. How we got these numbers I would never know, and it’s something that can only really be attributed to our captain’s threats. Of course, this is way too much dedication for Division 3. It’s almost counts as cheating. And so on our first game we beat the graduate colleges 14-0.

Eventually, however, actually having subs was feeling a little bit unnatural, and, following a shoulder injury and two people having to leave, we were back down to 14 – and playing proper Division 3 rugby. It didn’t matter, because we’re a team that thrives on playing with less men and we beat Girton/Pembroke 21-17 (basically, most college teams don’t have a kicker who can regularly score conversions that aren’t in front of the post, and we do, which is nice).

It's probably most apparent here that I don't have the amazing photographer from the last article, as he was busy playing in the backs for us. So we'll have to make do with my android.

This was the final round of games for the league and Emma were in a good position to get promoted. Having only lost one game, we were level on points at the top of Division 3 with Girton and Pembroke, with us in first place. So, we just had to beat Cats and Selwyn and we would be moving up.

But the mood going into the match was a sombre one. We had just spent the morning watching the World Cup Final. I’m not going to delve into details, as I’m sure we’ve all spent the last months erasing that game from our mind. 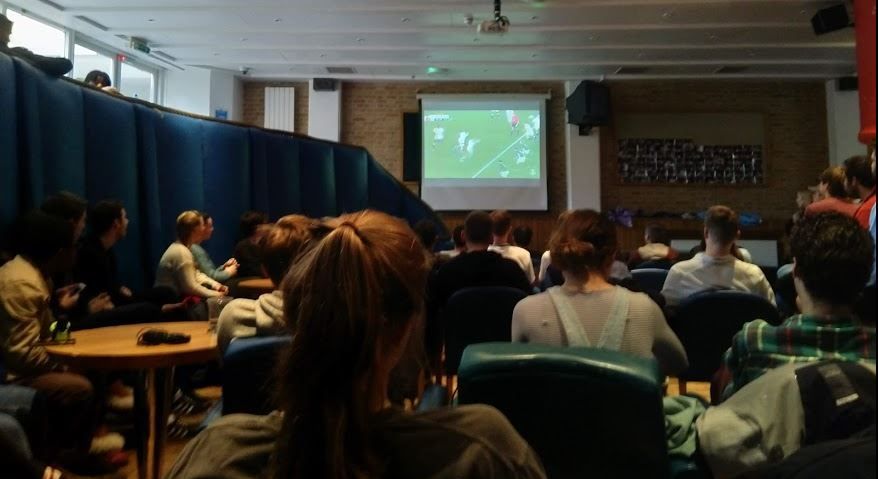 Scenes in Emma bar that morning. We were all expecting so much…

But Emma is not the England rugby team. We do not let you down when it matters.

And besides, we were clearly ready to go up, as we did better than the week before and brought 19 men. If that wasn’t amazing enough, instead of losing players between games, we gained some, meaning we finished with an unbelievable 21 (A WHOLE TWENTY ONE) men.

For those of you who don’t appreciate how impressive this is, I should say that I’ve been playing college rugby for almost three years now and, in my time, Emma has never had that many players. In fact, I’m pretty sure I’ve played matches where that was the sum of both teams' players, let alone of one.

This obviously meant that we were too good for our opponents, pummelling Cats 24-0 and having the manpower to grab a 12-5 win over Selwyn. Division two here we come!

Oh look at that! It's glorious!

Am I going to miss Division three?

No!!! It’s a rubbish league and we’re clearly too good for them so it’s 'good riddance,' I say. And if you’re wondering how I can say this after praising it for being proper rugby in the previous article, it’s because I’m a hypocrite, and I’m writing this far enough in the future to know that Emma doesn’t get immediately relegated.

All images the author's own.