What goes on inside a Cambridge comedian’s brain?

ThinkTank is a very apt name for this sketch show, which gives you the feeling you are part of the creative process, watching concepts form and dissolve, testing the ideas of a unique imagination. The framing concept of the show is the exploration and examination of a brain which has been dialled up from the 20% capacity which it (supposedly) uses, to its full 100%. It isn't stated as such, but this brain most definitely belongs to a Cambridge comedian, given the sorts of wacky things it produces at full power.

There is an abundance of short sketches – some just a few words long – often utterly bizarre in the best way, which seem intended to represent the unfiltered (and possibly slightly crazed) thoughts of the combined superbrain of Burns, Glevey, Groombridge, Macpherson, and Windust, the five of whom make up the cast.

However, this intention is not always clear, which leaves the show feeling a little unpolished. It would be nice if the funny, original characters which the quintet have developed came out a little more.

When these rapid scenes are combined with slightly lengthy transitions, the pacing occasionally stumbles, threatening the performance with a loss of momentum. Nevertheless, it is undeniably true that the song choices in these transitions are excellent, and complementary to the sketches which immediately precede them – this shows an impressive attention to detail, and is a surprisingly important aspect of the overall experience. 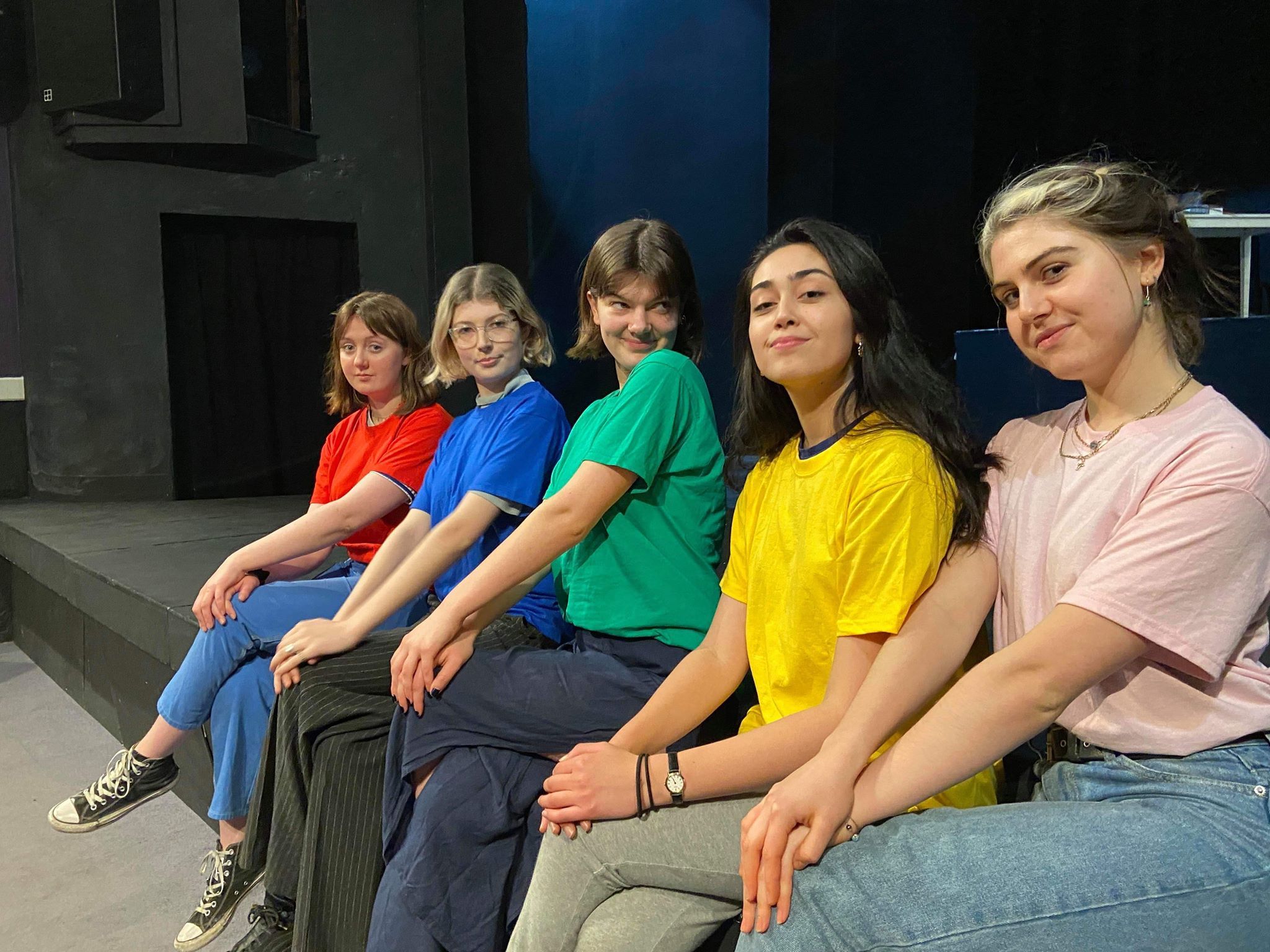 As in any good sketch show, there are hits and misses.

When a sketch works, it really works. The best in this show make use of voiceover combined with visual gags, which become something of a trademark for the performance. There are also lots of new twists on established jokes, which get a genuine laugh, even if the audience knows what to expect, by defying all expectations.

The sketches which aren’t quite so successful often fall victim to a slight tonal imbalance – the performers sometimes seem to expect the audience to be more warmed up than they are. But crucially, these moments are tackled and overcome with professionalism, particularly by the stalwart Molly Windust, who proves a steady hand throughout.

A standout sketch of the show is Esther Macpherson’s ASMR routine. Sitting downstage and whispering breathily into the microphone, Macpherson captures this phenomenon perfectly, displaying a skill in timing and non-verbal comedy which is a delight to watch. 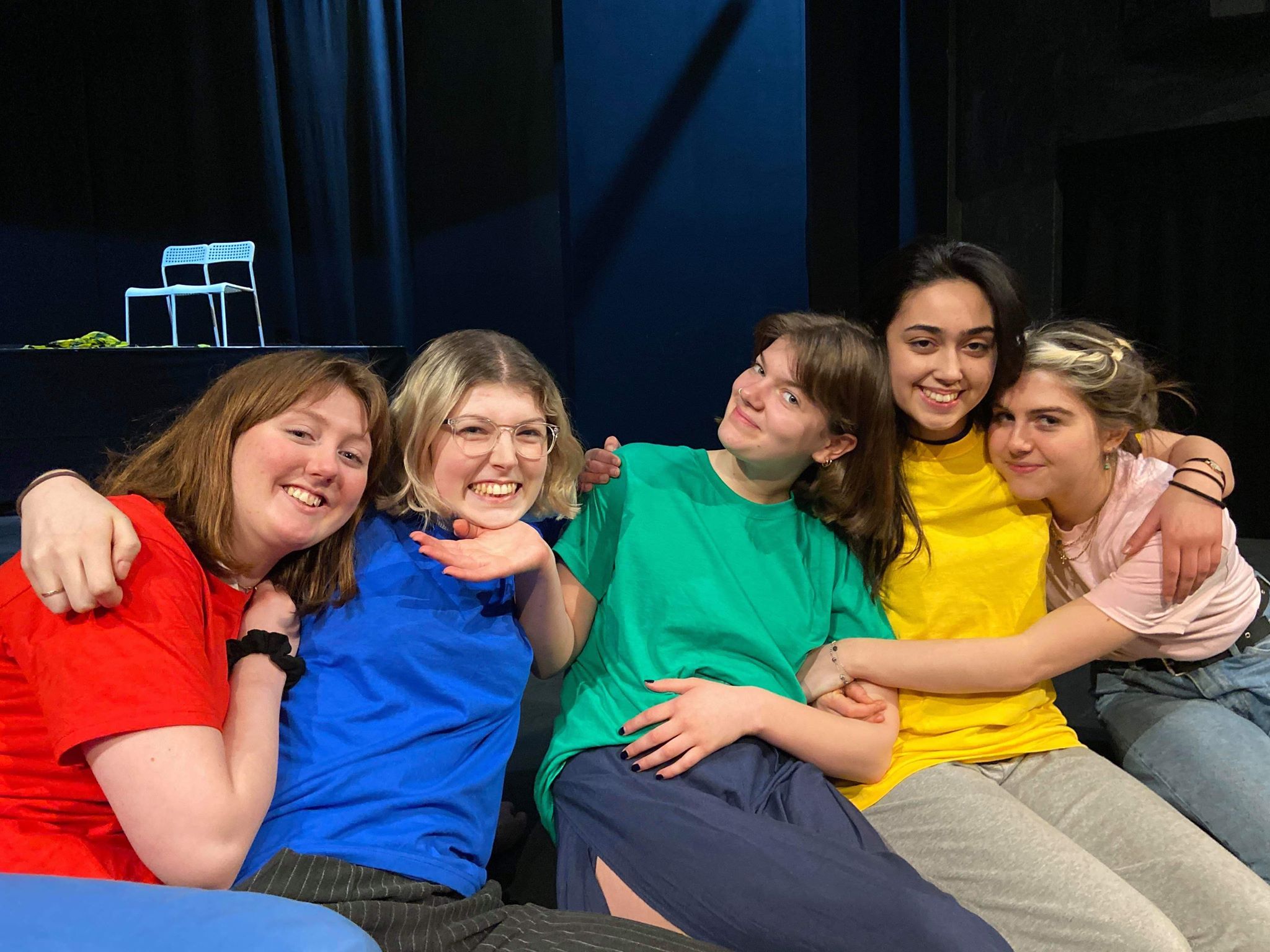 There is some courageous ad-libbing in the face of a few persistent technical issues, but this was the first night. I’m sure these will be ironed out, and I only mention them to highlight the fast and witty reactions of both cast and crew, demonstrating their consummate improvisational skill. This fits with the self-conscious element of this show, and the way in which it playfully pushes the boundaries of stage and performance.

The closing sequence sees a kind of controlled chaos – the brain has overstretched itself, and is springing back to its original position. I’m sure many of us will empathise with this scenario. This return to the framing concept encourages the audience to view the sketches they have seen in context, although as the lights go up, there is a slight air of bemusement in the audience.

If you want to see the inner workings of some of Cambridge’s finest comic imaginations, and to feel like you’re taking part in their creative process, ThinkTank is the show for you.

These comedians will go far, as will be obvious to anyone who has seen them perform. If it’s a little rough and ready, so what? This feels a fair price to pay for such a privileged experience.