Arthur Miller’s modern tragedy explores human weakness through the conflict between dock worker Eddie (William Batty) and his family, and the illegal immigrants, Marco (Ben Galvin) and Rodolpho (Matthew Paul), who they harbour in their New York home.

Leon Hewitt brings much to the role of Alfieri as narrator/chorus, transforming Arthur Miller’s 'portly, good-humoured, and thoughtful' lawyer into a funereal onlooker and impotent sympathiser. 'The truth is holy,' he says, and it is through this lens of ‘purity’ and honesty that we are shown the troubling events of the play. By addressing the audience in a serious but compassionate manner, exactly the same way he deals with Eddie and Marco, Hewitt’s Alfieri encourages understanding and forgiveness in a way which can only be brought out by such a nuanced portrayal.

It’s a small cast, and everyone does some heavy lifting. Rodolpho (Matthew Paul) and Catherine (Katie Chambers) enjoy a cheeky chemistry, which works best when it toes the line between suggestion and innocence in the middle scenes of the play. In many ways, this is a play about love, but love in all its forms. Another perspective is offered by Clara Morel’s Beatrice for her husband Eddie, especially in the climactic scene. Although this dynamic is sometimes obscured by the more vibrant personalities of the male characters, this seems to be part of the message. These couples are exploited to great effect in the spinning and oscillating choreography of tense moments, and to convey awkwardness at the times when three is most definitely a crowd. 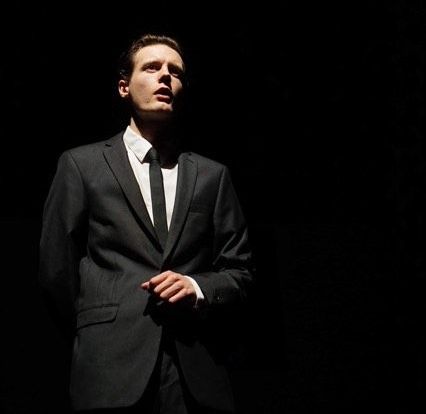 'It is better to settle for half, it must be.' (Credit: David Swarbrick)

But it is William Batty’s commanding performance as Eddie which is the highlight of A View from the Bridge. From his very first lines, when he is visible only in silhouette, his performance is captivating, to the extent that it may be difficult to take your eyes from him as he moves around the stage. The swaggering machismo and good-natured cajoling of the early scenes never completely disappears, but Batty seems to transform over the course of the play, slowly becoming contorted and jumpy in a way which mirrors his character’s downward spiral. He is utterly convincing and powerfully emotive throughout the play.

The set design is visually striking. Clear boxes – which could be shipping containers, telephone boxes, coffins even – surround a glassy floor on three sides. A dirty white wall forms the back of the room, in which the gap of a door gapes blackly. Above, behind a window, a faceless figure sits at a set of drums. The monochrome design is a perfect contrast for a play which sets up and blurs all such binary distinctions, and proves an astoundingly versatile aid to the actors, standing in for New York dock and cramped apartment – even for the imaginative landscape of the Italian countryside. From the script it is clear that the setting is 1950s New York, and this production does not patronise the audience by giving more than a nod to this fact. 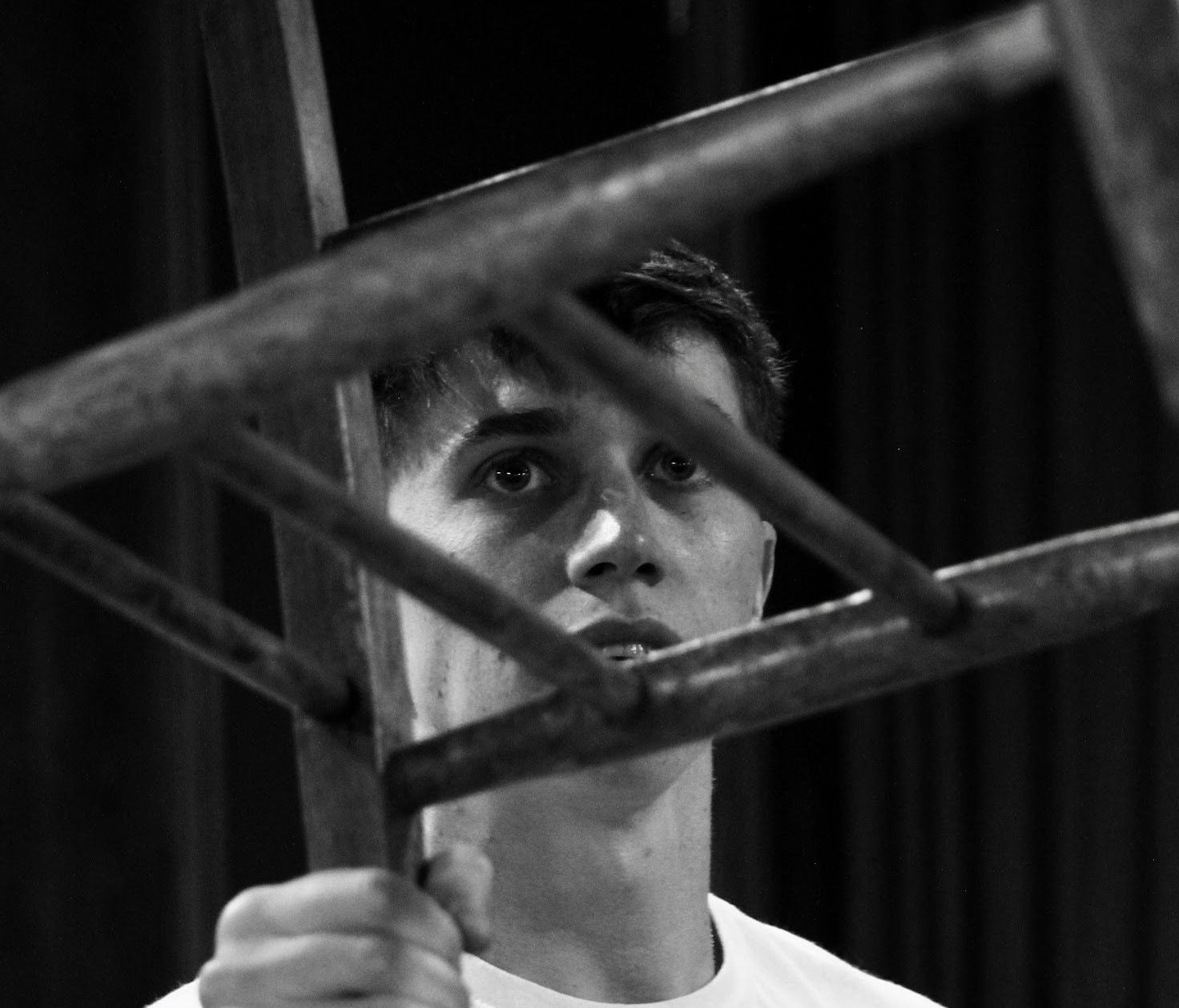 'All the law is not in a book.' (Credit: Gabriel Humphreys)

The faceless drummer (Jacob Knight), due to his position, is unavoidably part of the show. Knight’s drumming is top quality, and creates genuinely palpable tension with racing heartbeats and circus drumrolls, particularly in the scenes of masculine confrontation. But it does seem a touch gratuitous – the elevated prominence of the drum kit suggests a symbolic significance which is not really clear from the production.

Ultimately, this production of 'A View from the Bridge' is uncomfortable for all the right reasons, not least because it will keep you on the edge of your seat. Right and wrong, past and future, honour and dishonour: these are weighty themes for a student production, but 'A View from the Bridge' negotiates them sensitively and intriguingly. You will be made to think, and more importantly you will be made to feel, and it's a credit to this production that what you feel could just as easily be either sympathy or revulsion.