Set in the modern corporate world of ‘Measured Investments’, the European Theatre Group (ETG) bring their play to Cambridge with a thrilling performance. The production tackles the issues of sexual harassment and consent head-on, offering Shakespeare’s Measure for Measure a new relevance in the wake of the #MeToo movement.

Angelo’s (George Solomou) request that Isabella (Priya Edwards) has sex with him in return for the life of her brother, Claudio (Saul Barret), is deeply disturbing in this modern context. He uses his position as a CEO to force this impossible choice on Isabella. From politicians to princes, we live in an age where we are all too aware of the presence of sexual harassment in our society and this performance does a superb job of tackling the issue in a disturbing, yet powerful production. 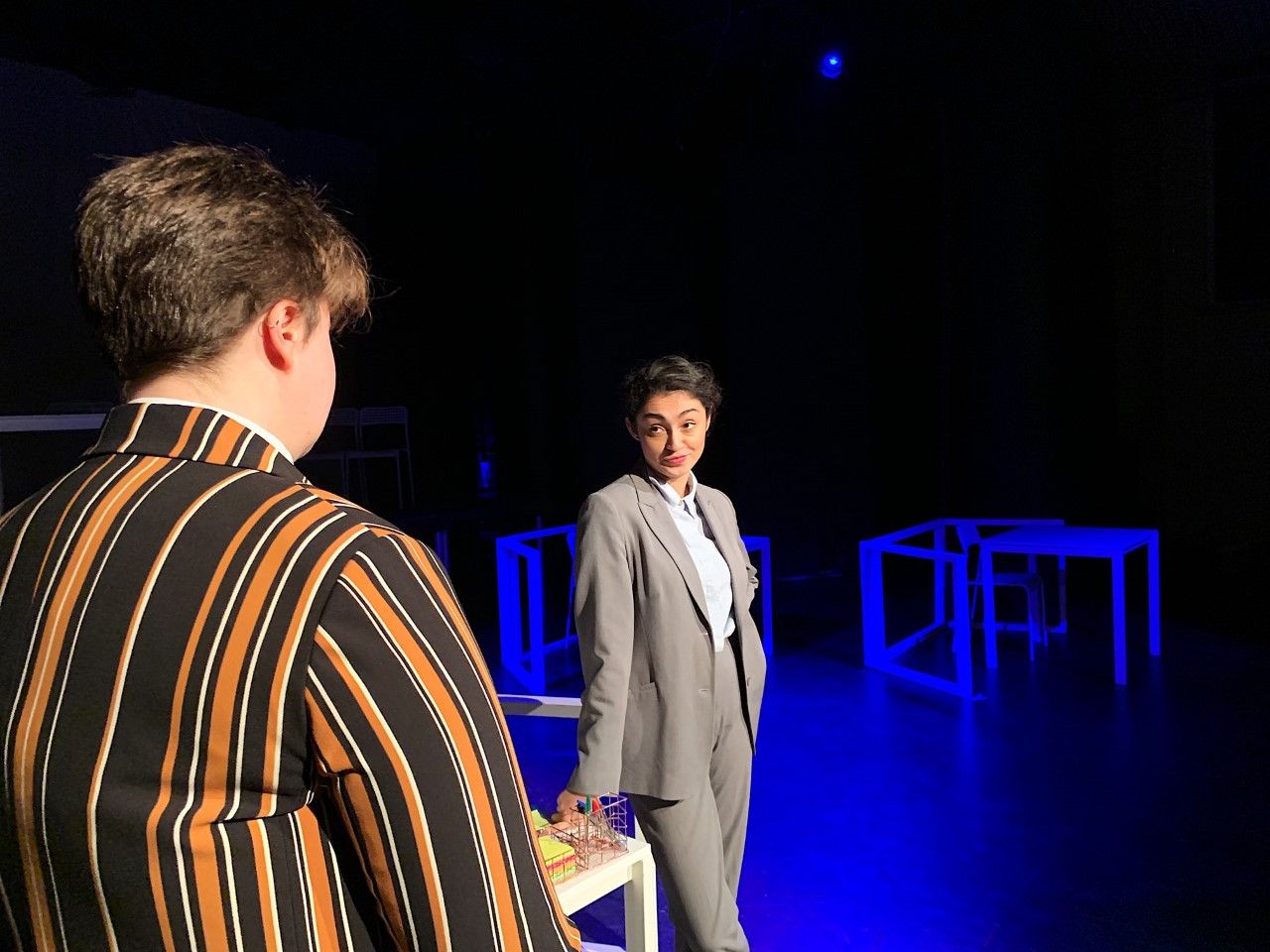 George Solomou brought out the temperamental and truly vile elements of Angelo’s character, portraying him as a troubled man, riddled with insecurities, and poised to snap at a moment’s notice. The scene where he presses himself upon Isabella is harrowing. Priya offers a helpless Isabella, visibly shaking in the presence of this slimy man. Her scenes with Saul are touching and both actors portray a convincing sibling bond, under threat from Angelo’s ultimatum.

Unfortunately, these actors rushed or slurred their lines at moments, possibly due to their commitment to brilliant physical performances. Shakespeare can be hard to follow, especially when the play is one of his least well known: loud and precise articulation is vital. Harry Burke (Vincentio) and Imani Thompson (Mariana) excelled in this respect; they seemed to understand every line they spoke and delivered them with flair and confidence. 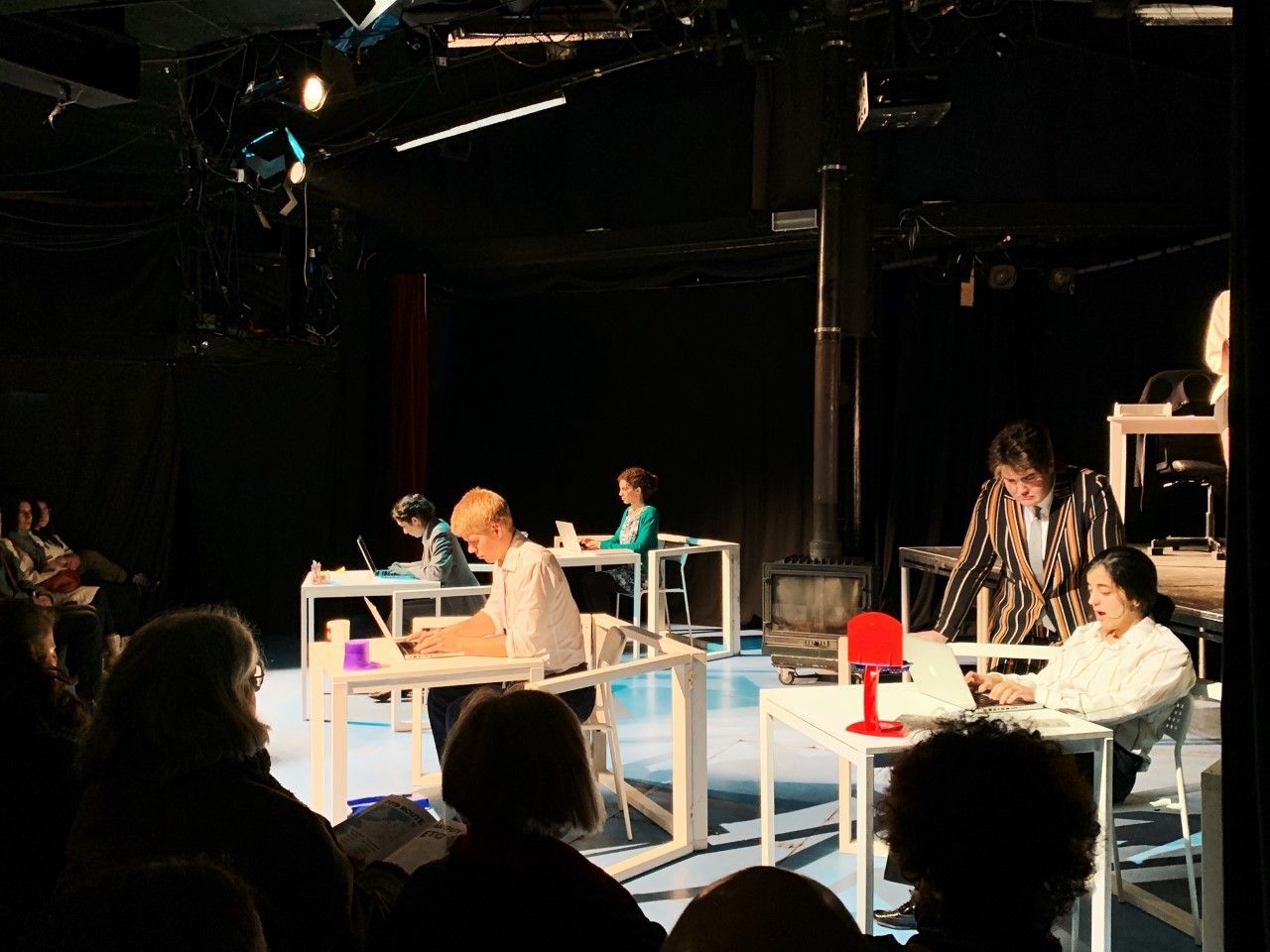 The set design looked stellar. Michelle Spielberg (set designer) creates an executive style office suite with a silicon valley aesthetic. The desks are shaped like boxes, doubling up as interrogation rooms in Claudio’s prison scenes. Sleek yet intimidating, the design creates an impression of entrapment that lends itself well to the more unsettling moments of the play.

On a technical level, the performance is so much fun to watch. In the opening scenes, the office becomes a dancefloor and the characters cluster in the centre, dancing in an awkward robotic style to a thumping beat. It’s jarring and exciting, yet like most scenes in the play, there’s an unsettling undercurrent.

News reports boom out from the stage at times, narrating or pre-empting the action and grounding the play in its modern frame. It’s both an effective way to summarise the story for the audience and reminds them of the contemporary media discussion concerning harassment in recent years. 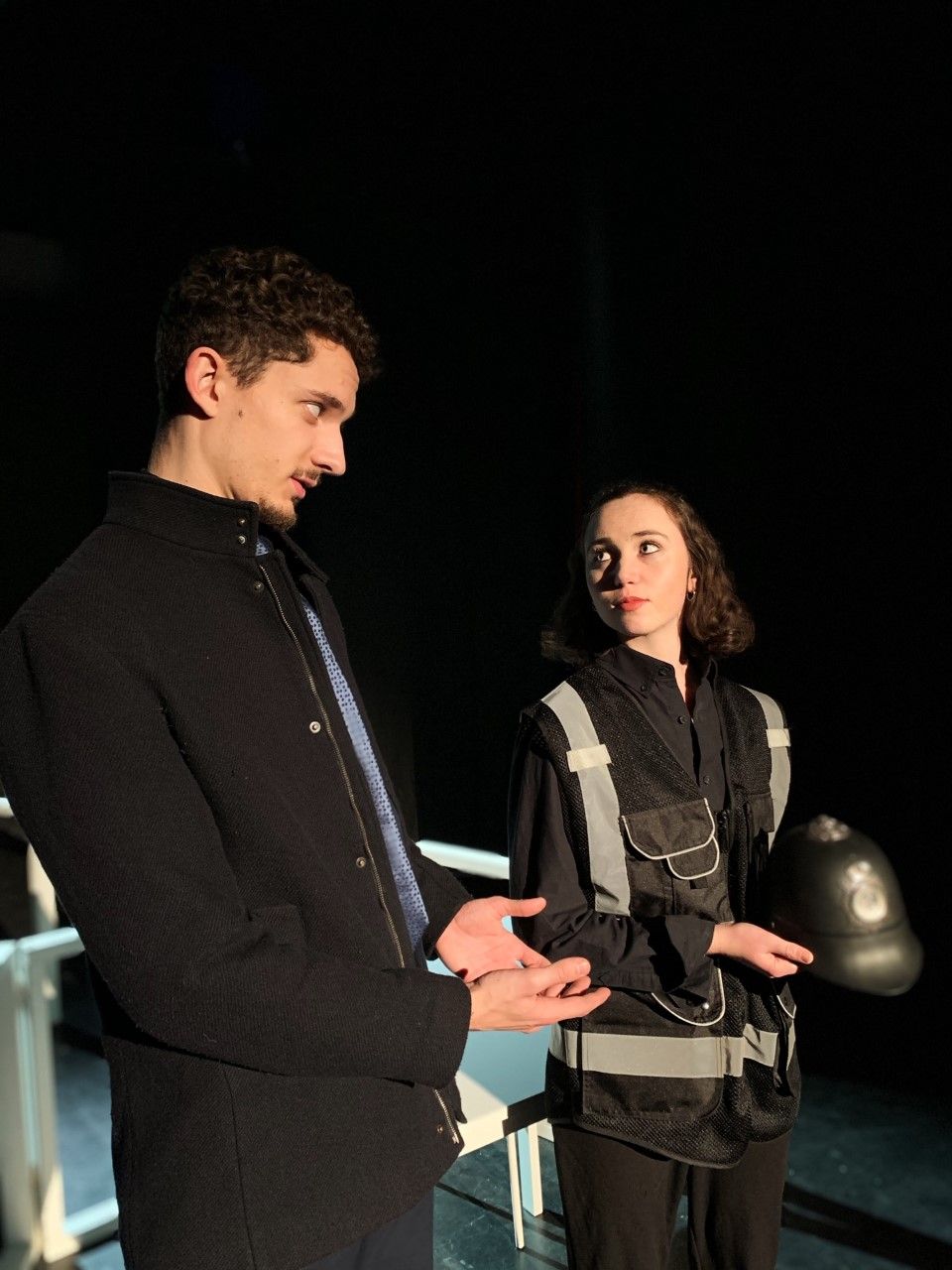 The technical effects which added so much to the performance in the first half seemed to withdraw in the second. They help distinguish this production and hook the audience’s attention; it would have been great to see them sustained throughout the show.

One of the cast members was unexpectedly ill and the play started a little later than planned. Despite this, the performance ran very smoothly and it’s a credit to the whole team for pulling off such a great production under the circumstances.

The play showcases a delicate blend of comedic and disturbing scenes. It’s a refreshingly modern and accessible take on one of Shakespeare’s less known plays. Delivering a powerful message with an impressive cast, I would definitely recommend this show.