The Van of Life review

In the name of shit journalism, we made the pilgrimage to the Van to answer the burning question you’ve been asking: what happens if we review the Van of Life, but, for shits and giggles ™, pretend it’s a formal? With insufficient social skills to get into a formal at another college, Ben Cudworth, who knows more about Michelin than someone who owns a car garage and Justin Chan, a man who has, quite literally, many more Michelin Stars under his belt than inches, decided to try and reserve a 'table' at the Van. Why the fuck not, I guess? This is, quite literally, the formal of life itself.

We arrived at the Van, expecting it to be deserted. It almost was, apart from one cursed creature, with his equally cursed bike. Who would get a Van of Life at 9PM, we joked? We quickly took it back though, realising that something terrible most probably happened in his life, and it was, in fact, a bit peak.

Anyhow, after the “mandem” rolled up in “ends” the first thing to do was get the booze flowing. We politely made some small talk with the man in the van. “Y’alright Fam”, he said. Today, “fam” was indeed alright. Fam asked our “main man” for his best Chateau or Chianti Classico, but after he called us “fucking retards”, we settled for a can of his refrigerated coca-cola, which he graciously decanted. 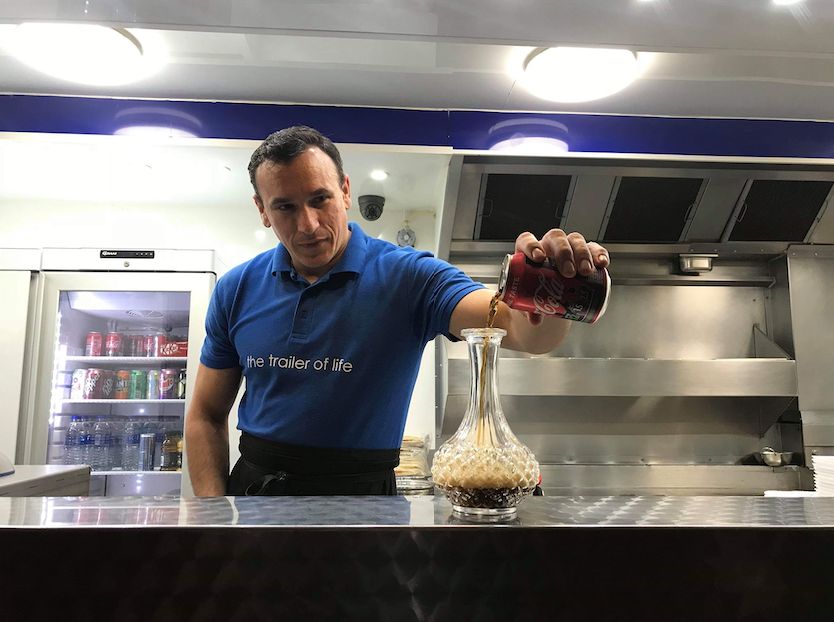 My guy decating his finest Coca-Cola, a speciality of the new world vineyards

Much to our dismay, there were no appetisers, so we went straight in for the entrees (improvise, adapt, overcome). First comments – the ketchup was a good consistency, but, like some of the people who comment on this article, a bit salty. As Cambridge’s Biggest Melt, I guess it fell to Ben to say the cheese wasn’t quite melted enough. We also noticed “boss man” used Chef Mike (the microwave) to help prepare the meal. Nautie, Very Nautie indeed. As for the chips, good potato content. Decent. Overall, a solid 3.5/5. 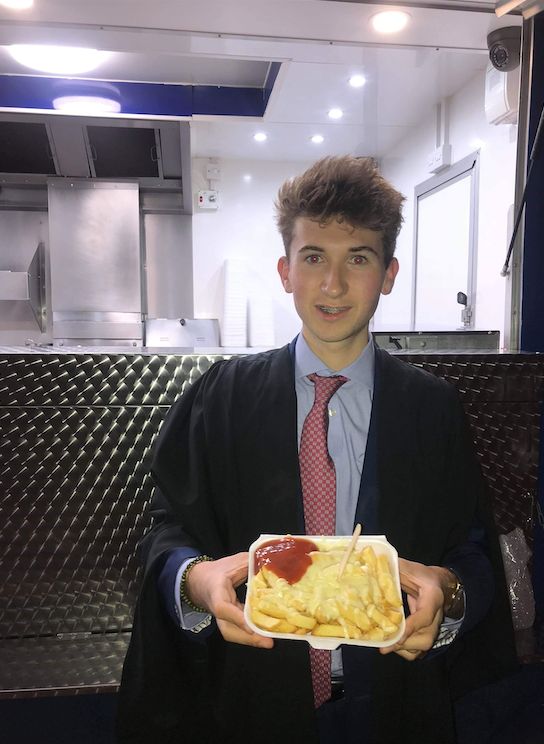 Before we move on, it’s time to do a “crep check”. Them Church’s lookin’ “peng” innit. 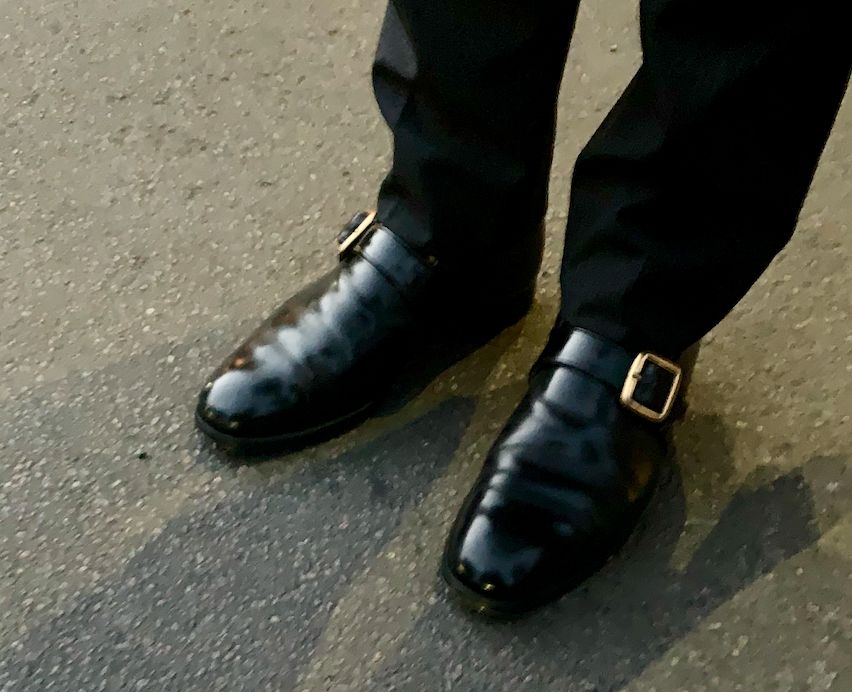 Man like Justin's all about the brogues and the oxfords

Next up, we have the chicken nuggs – six of the finest spring chicken fillet “tings” around. Also, almost definitely the only bird you’ll ever get on a night out in Cambridge during exam term. First off, they looked a little burned. I understand my “g” had to cook them, but it sort of looked like he’d taken them to the fucking crematorium. Upon tasting them though, Justin noted the nuggets were crispy, whilst the bird was moist on the inside. Although the nuggets were small, as Ben’s year 12 politics teacher once suggestively told him, “the smaller the bird the tastier the meat”- he was never totally sure whether this was a fact or a euphamism….. but anyway….. the nuggs get a solid 4/5 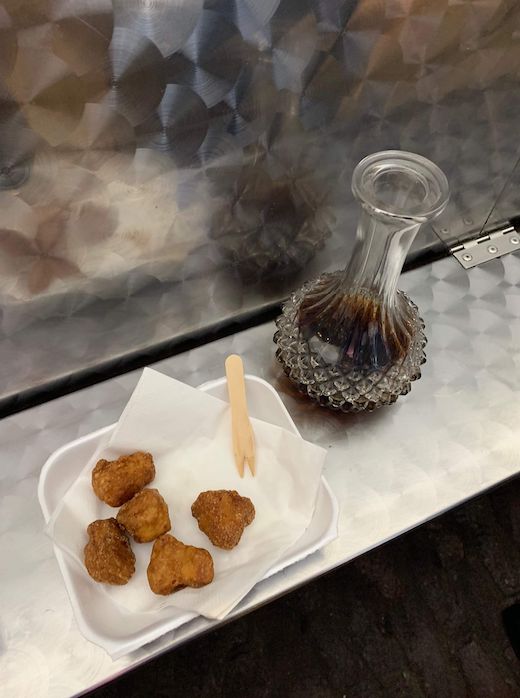 "The smaller the bird the tastier the meat"

Last up, we had a boujie beef, cheese and pineapple burger with a side of onion rings. The burger was alright, but a bit dry, so that gets a 3.5/5

The onion rings, oh the onion rings. If we had to describe them in one word, that word would be “butters”. I mean they were actually rather vile and really chewy. As you can see from the photo, there was so much oil it’s probably in Tony Blair’s wank bank. Very disappointing (or arousing if you’re Mr Blair). 1/5. 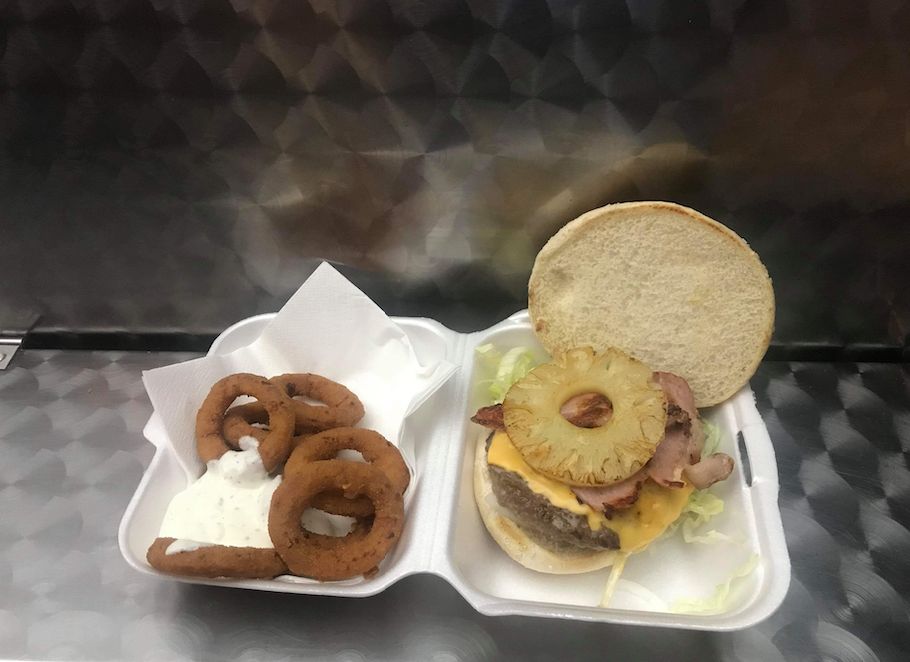 The only thing harder than the onion rings is Tony

We had anticipated on trying more from the menu but as the night went on more people came and they were staring at us. This was awkward even for two people with virtually no sense of social awareness. So we fucked off to Jack’s Gelato for a bit of ‘detox’. 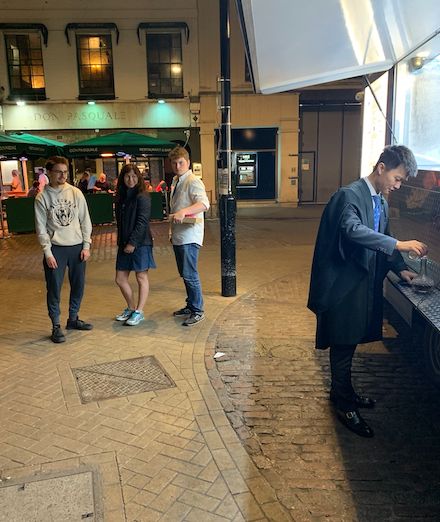 Justin Chan, ever the beacon of social conscience

Overall we decided to give the Van a sober 3/5, though we all know it’s a 5 when we’re pissed after Cindies. Not the best food in the world, but, to be honest, it’s probably nicer than Caius or Emma’s formals. We would like to thank the Trailer of Life for patiently co-operating with two absolute idiots for the best part of two hours, and for everyone who appeared in the photos.

All images are the authors' own.