‘Stop Trexit’: Protestors outside Trinity College against its withdrawal from the USS pension scheme

Following news that Trinity does indeed plan to exit the USS Pension Scheme, academics have gathered outside the college with placards and flyers to protest. A boycott of the college has been called for, which will consist of refusing to supervise Trinity students as well as refusing to engage in research collaborations with the college.

Trinity confirmed its intentions earlier this week to leave the USS, which is comprised of various educational institutions across the United Kingdom, including many other Russell Group universities. 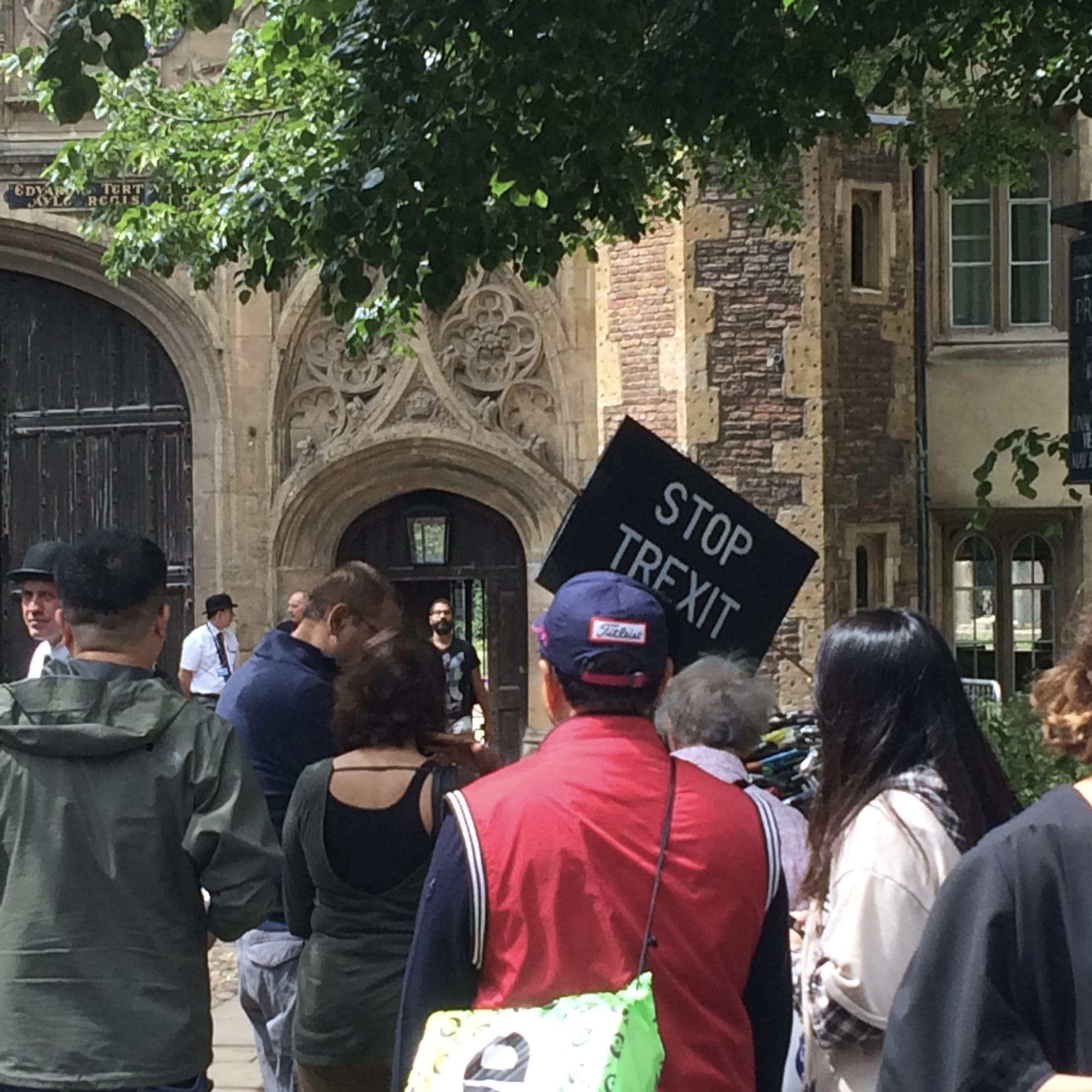 An open letter has since been signed by over 270 academics across the university, among the signatories of which were academics who were present outside the college earlier this afternoon.

Flyers were given out detailing the reasons for protesting: 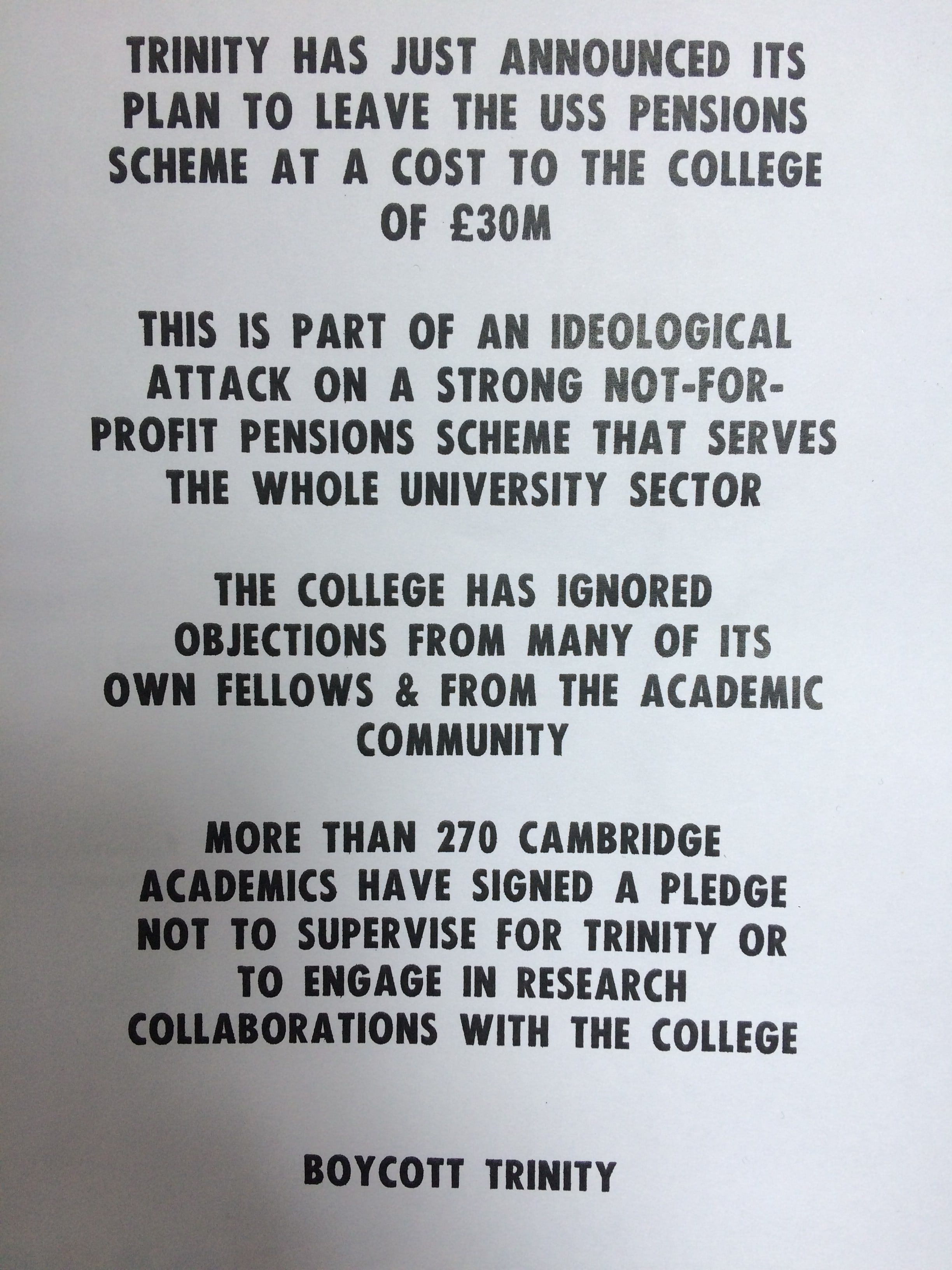 A meeting is due to be held later this evening in order for Trinity students to hear the rationale behind this decision from senior members of the college. A second open letter has already been signed by over 50 Trinity students condemning the decision.

Trinity has since released a statement detailing the reasons for which this decision has been taken. It is expected that the college will have left the scheme by 31st May.