American Idiot does attempt to be topical, especially with the politically themed opening montage and its indictment of the military recruitment pipeline, but its greatest impact lies in the timeless commentary on youthful disillusionment with society. The show's nature as a sung-through musical with minimal dialogue does make it tougher on the cast to illustrate nuances of character, but they successfully conveyed plot events and key character beats in an understandable and engaging fashion while really leaning into the melodramatic morality play vibe. 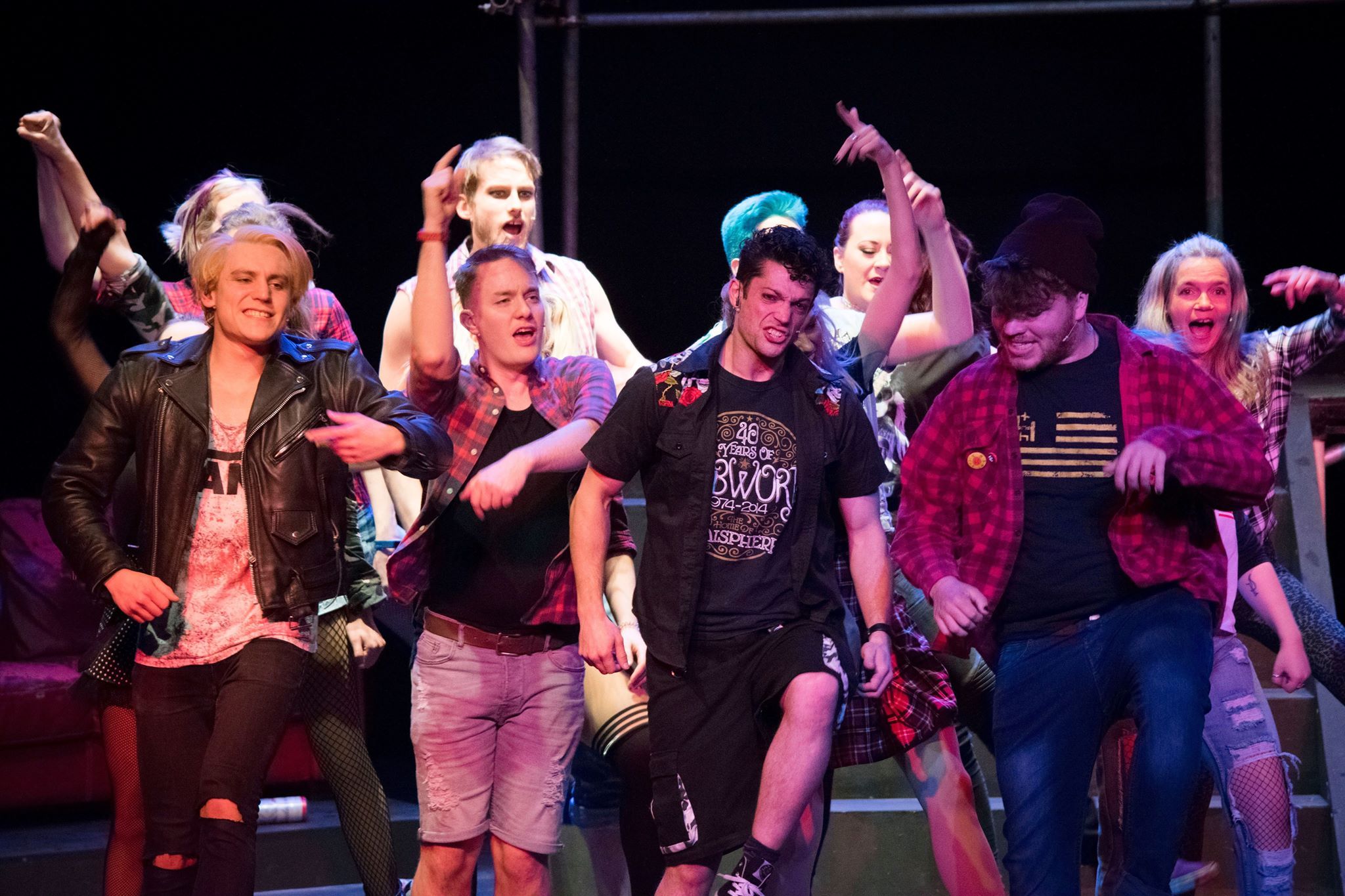 Kudos to the cast and accompanying live-band whose rendition of Green Day songs captured the high-octane feel of a punk-rock concert, alongside the very enthusiastically done choreography. Costuming was well-done in turn (and I confess it dredged up quite a bit of second-hand nostalgia for post-2000s punk and grunge fashion). The vocal and musical talents of the main cast members really shine in the quieter moments of the show, like Johnny's (Alex Stokoe) 'Boulevard of Broken Dreams' scene or Whatsername’s (Lucy Farrow) key moment during the 'Letterbomb' number. The actors playing Will and Tunny (Maxim Thompson and Chip Colquhoun respectively) got to show off some great vocal range, especially during the songs 'Nobody Likes You' and 'Are We the Waiting'. Adam Bond (playing St. Jimmy) gave a very good rendition of ‘Know Your Enemy’, while lending the character a significant amount of menace throughout all his scenes. Credit is definitely due to the ensemble cast for providing the vocal backing which is key to the impact of songs like '21 Guns' and 'We're Coming Home Again'. Also, Tunny and Johnny’s actors playing the guitar was an unexpected and pleasant surprise.

I have heard critiques about the flatness of the female characters in the show's script, so I do appreciate the staging decisions in this incarnation, like the all-female chorus accompanying Whatsername during the confrontation scene between her and Johnny. I do feel that the female cast members really got the chance to shine (within the limitations of the script) with dramatic solos, like with Heather's (Emily Garner) 'Dearly Beloved' and the moving intro to '21 Guns'. Another interesting aspect of the narrative was the juxtaposition of the much more soberly dressed nurse (Extraordinary Girl played by Chlo Kitteridge) and the noticeably gratuitous hospital hallucination dance number, which does go some way to criticising the male gaze or indeed the self-centricity of the male protagonists within the narrative. 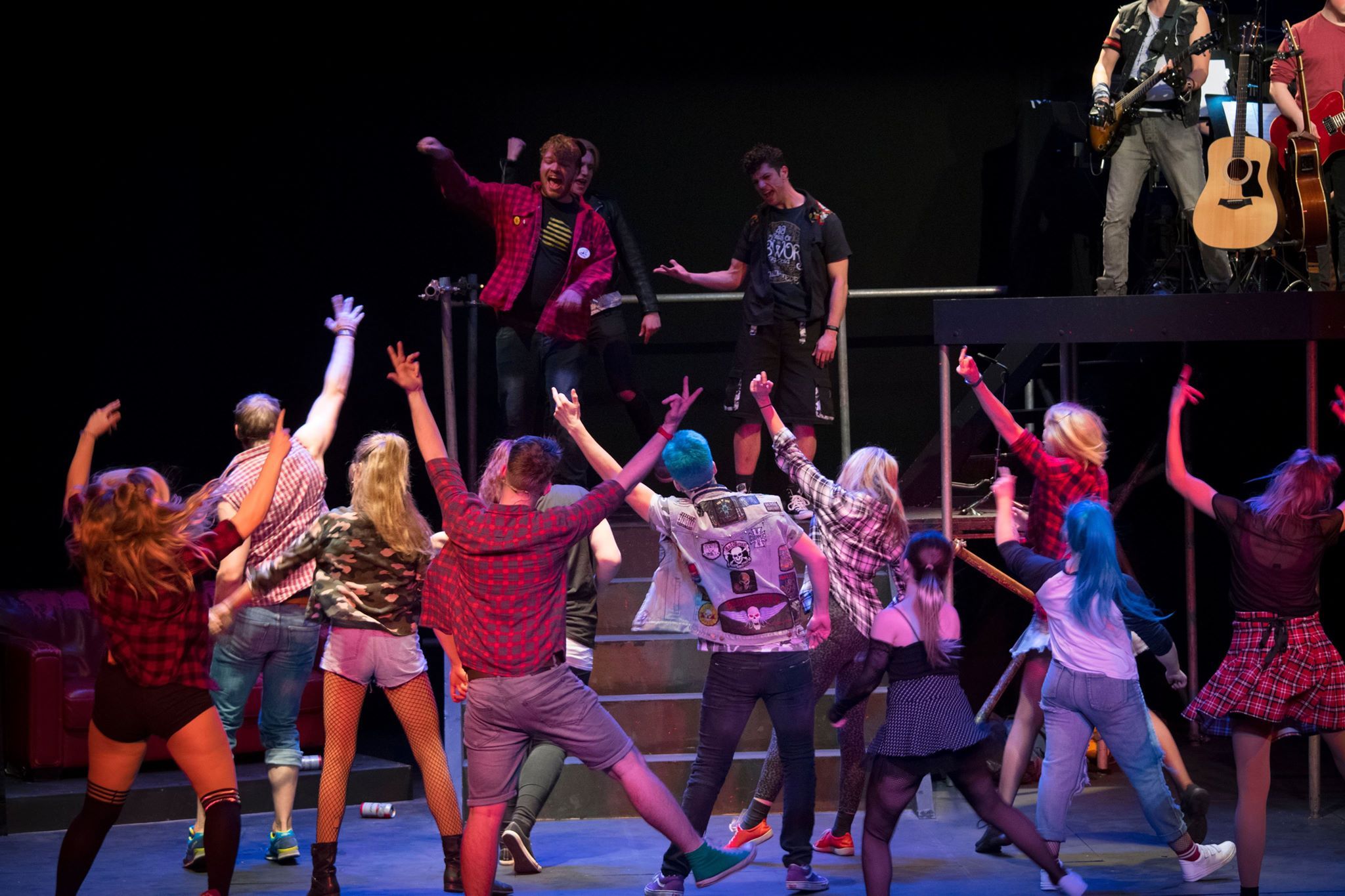 The staging and set design was quite interesting. As per show warnings, there is strobe lighting in the beginning and the 'Boulevard of Broken Dreams' scene had the character's guitar reflecting the set-lighting at the audience in a way that was slightly uncomfortable. Bringing the band on-stage very much added to the feeling that one was witnessing a rock concert, while the minimalist set allowed for the creation of contrasting tableau and scenes of other characters in the background, which was used to great effect, such as in the juxtaposition of war and sex through scenes from Tunny and Johnny's storylines or in paralleling the addictions afflicting Johnny and Will despite their differing life-paths.

My final verdict? American Idiot is a really enjoyable show. Do keep the content warnings in mind, but I definitely recommend going to see it. The show is great way to spend an evening (or afternoon), and as a Green Day fan I do feel that they did a good job with the songs. Judging by the rousing applause that ended each musical set-piece, I would say the rest of the audience is in agreement.