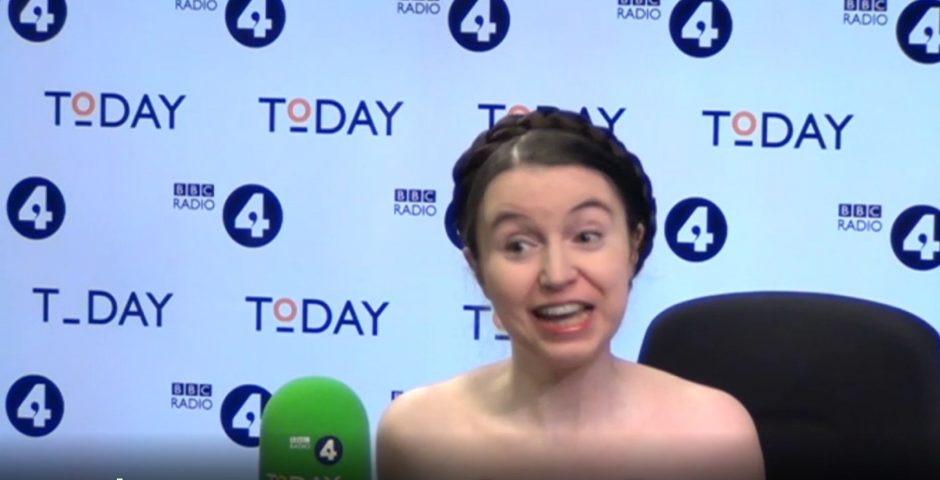 The hero this country needs

Appearing (naked) on Radio 4's The Today Programme, the Gonville and Caius Fellow had written across her torso "Brexit leaves Britain naked", making the point that Brexit will leave our economy "exposed".

After Humphrys asked "Isn't it just exhibitionism?", she responded that having written "thousands of words on Brexit'" she had distilled the political crisis into one key message: "Brexit is the emperor's new clothes", and that "women's bodies are the biggest battlefront we face today".

Humphrys then asked if "the Brexiteers should do the same", to which Bateman answered "I would invite them to!"

Whilst we wholeheartedly oppose Humphrys' patronising and sexist line of questioning, we are intrigued by the idea of a debate in which Rees-Mogg might lose his clothes…