We came below Oxford and ARU in the ethical investments ranking

Cambridge University has ranked 58th on the People and Planet's Green Table, after scoring just 15 out of 100 in the 'ethical investments ranking'.

The table uses thirteen metrics, including Carbon Management, Water Reduction and Environmental Policy to determine a university's 'green score'. This year, Cambridge rose from 113th to 58th, despite poor performances in Workers' Rights, Waste and Recycling, and Ethical Investment categories, placing it behind Oxford (54th), Warwick (49th) and most notably Anglia Ruskin (38th). Manchester Metropolitan sits in the number one spot after achieving full marks in three categories. 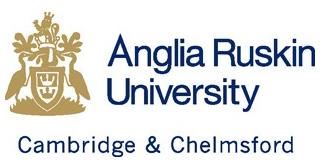 They murked us this time

Cambridge's poor performance can in part be attributed to the Paradise Papers leak, which revealed that both colleges and the university made secret multi-million pound investments in offshore funds and fossil fuel extraction companies, including Royal Dutch Shell.

Perhaps most worrying for the university is its 10 out of 100 score for the Workers' Rights metric, placing it far behind Oxford, which scored 35 in the same category. Given many questions are being asked about the size of Vice Chancellors pay packet, the fact ordinary staff members hold comparatively poor rights is sure to raise eyebrows.

The student led People and Planet Network founded the Green Table in 2007, receiving significant criticism for its approach to ranking. However, the organisation has been credited with initiating efforts to improve environmental practice on campus.

The Tab has contacted the university for comment on the results.