A Fresher’s Guide to CamDram

It’s as easy as ADC…

It wouldn't be incorrect to say that the Cambridge student theatre scene has quite a big rep, and understandably so. Mitchell and Webb, Fry and Laurie, Emma Thompson, Eddie Redmayne, the bloke that died on "Downton Abbey" – and that's just the start of a list that is longer than the legs of a very tall person.

As a fresher you hear whispers of how cliquey it all is; how everyone knows everyone at the ADC Bar and if no one knows you, well, you might as well kiss your hopes of landing the role of Tree #2 in "A Midsummer Night's Dream" goodbye. I'll admit, I was intimidated by it all at first, but purely based on what I'd heard from other people.

But nobody I have encountered so far has been cliquey or exclusive at all really, which is bloody great news in my book. So I guess my first tip would be don't have any preconceptions of what you may think a society or audition might be like, just turn up and figure it out for yourself, however scary a thought that may be. 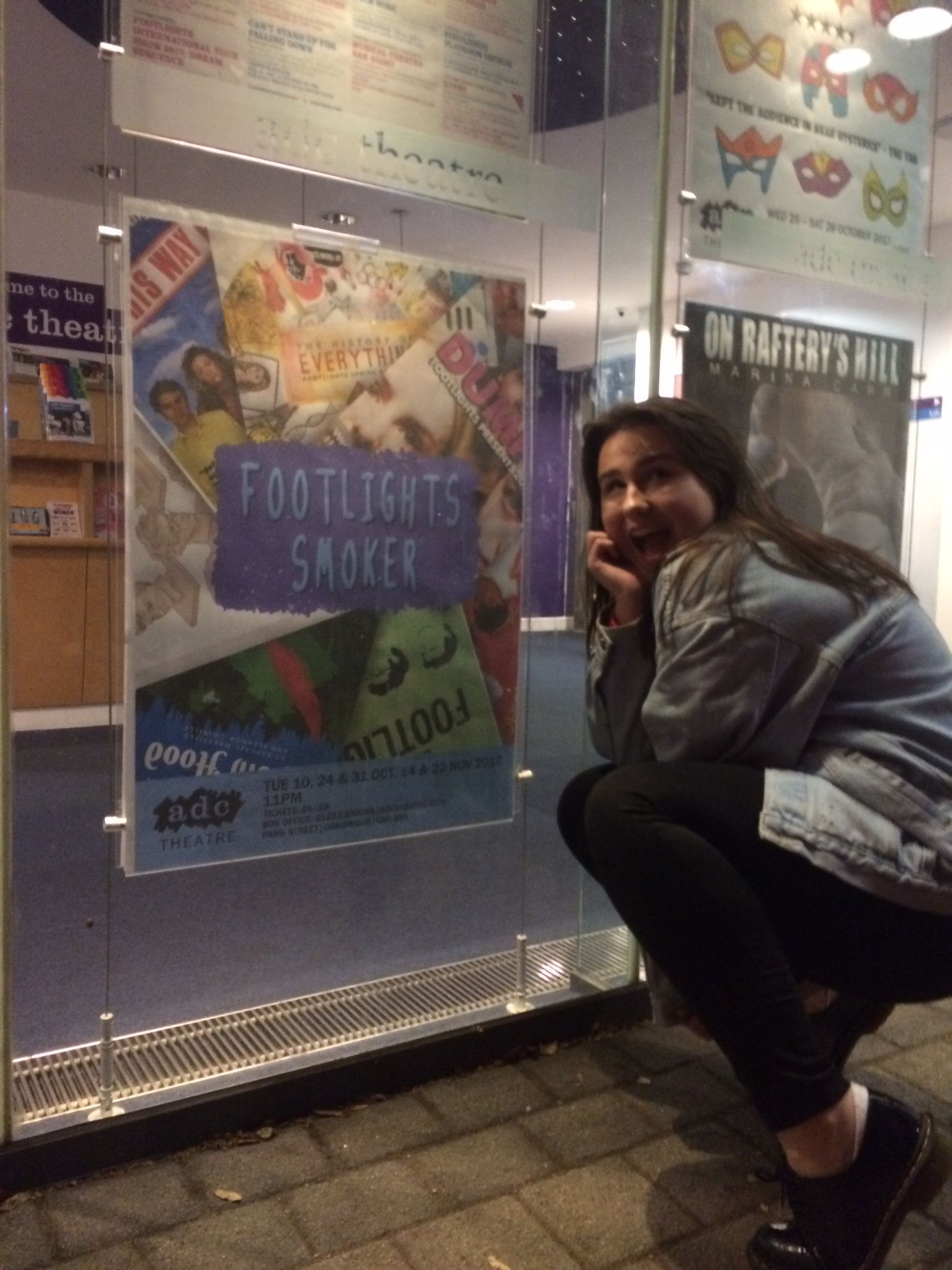 For the "Virgin Smoker", in which both non-smokers and non-virgins can participate

The first audition I had was for a minuscule part in "Love's Labours Lost". I'll put it out there straight away, I was hungover to the extent that the sound of my own voice made me wince, rendering my second tip being the most valuable: never audition with a hangover, especially a WINE hangover, it's just not going to go well.

I knocked on the door, said my chirpiest "hiya!" and croaked my way through some Shakespeare, whilst trying not to be sick on my DMs. Rightly so, I didn't get a recall.

Which brings me onto my third tip (I love a seamless link): don't be disheartened if you don't get cast in anything straight away. Just keep trying, and auditions are a good way to meet people with a similar interest. Plus, if you're like me and don't get out much, it's just a nice excuse to leave your room.

Eventually I did somehow manage to get a part in the CUADC/Footlights panto, "The Hunchback of Notre Dame". Again, I didn't heed my own advice and auditioned with a hangover, but my bloodstream was around 87% Red Bull at that point so I don't think it showed. What DID show were my pants as I tried to do the splits in a skirt with a small torch in my mouth. I think that's why I was cast if I'm honest. I was wearing nice green pants that day. 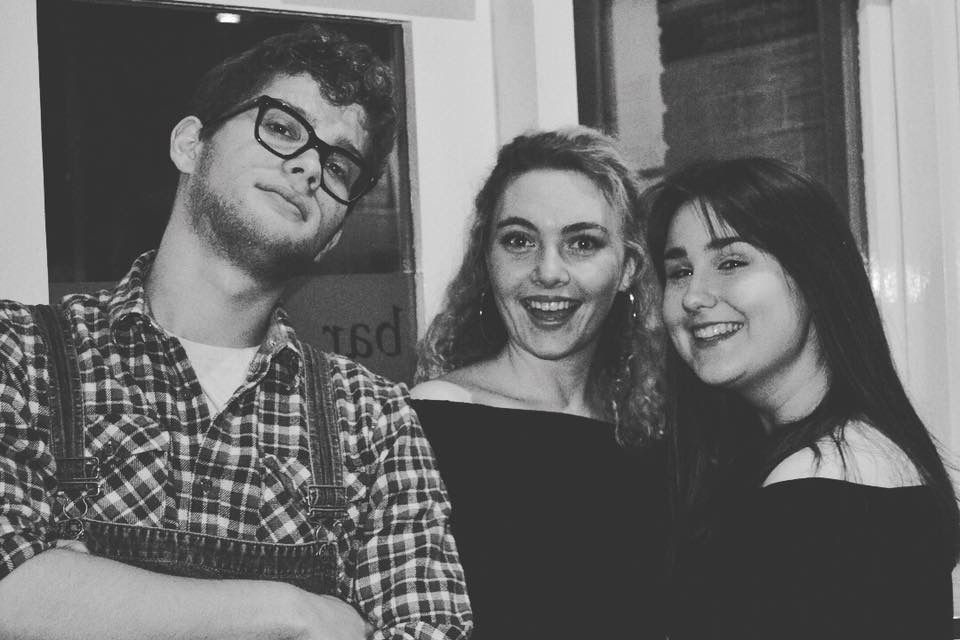 All of this is besides the point, as the point, in fact, is tip number four: don't doubt yourself. During my extensive auditioning experiences at Cambridge (lol jokes I've literally auditioned for four things), one thing has remained the same: everyone sitting on the other side of that table looks intimidating, but they seriously aren't.

I mean, why would they waste the precious time they have, that could otherwise be spent putting off an essay or having a wank, to see you if they didn't want you to do well. Just remember that you are doing them a favour by auditioning as they need people to be in their show.

Tip number four leads on nicely to tip number five: while you shouldn't doubt yourself, don't be a dick. Yes, you might have a God-given talent that the world will love and cherish deeply, but you will get nowhere if you're a prick about it. No one likes a jumped-up person in any capacity, but a jumped-up thesp is somehow even more loathsome.

Doing one Smoker doesn't make you Stephen Fry, nor does doing one CUMTS (that's "C, U, heavy emphasis on the M, T, S") Bar Night make you Barbra Streisand. Get over yourself. I must say though, both Smokers and Bar Nights are really fun to do and are easy enough to get involved with so give them a go if you can. 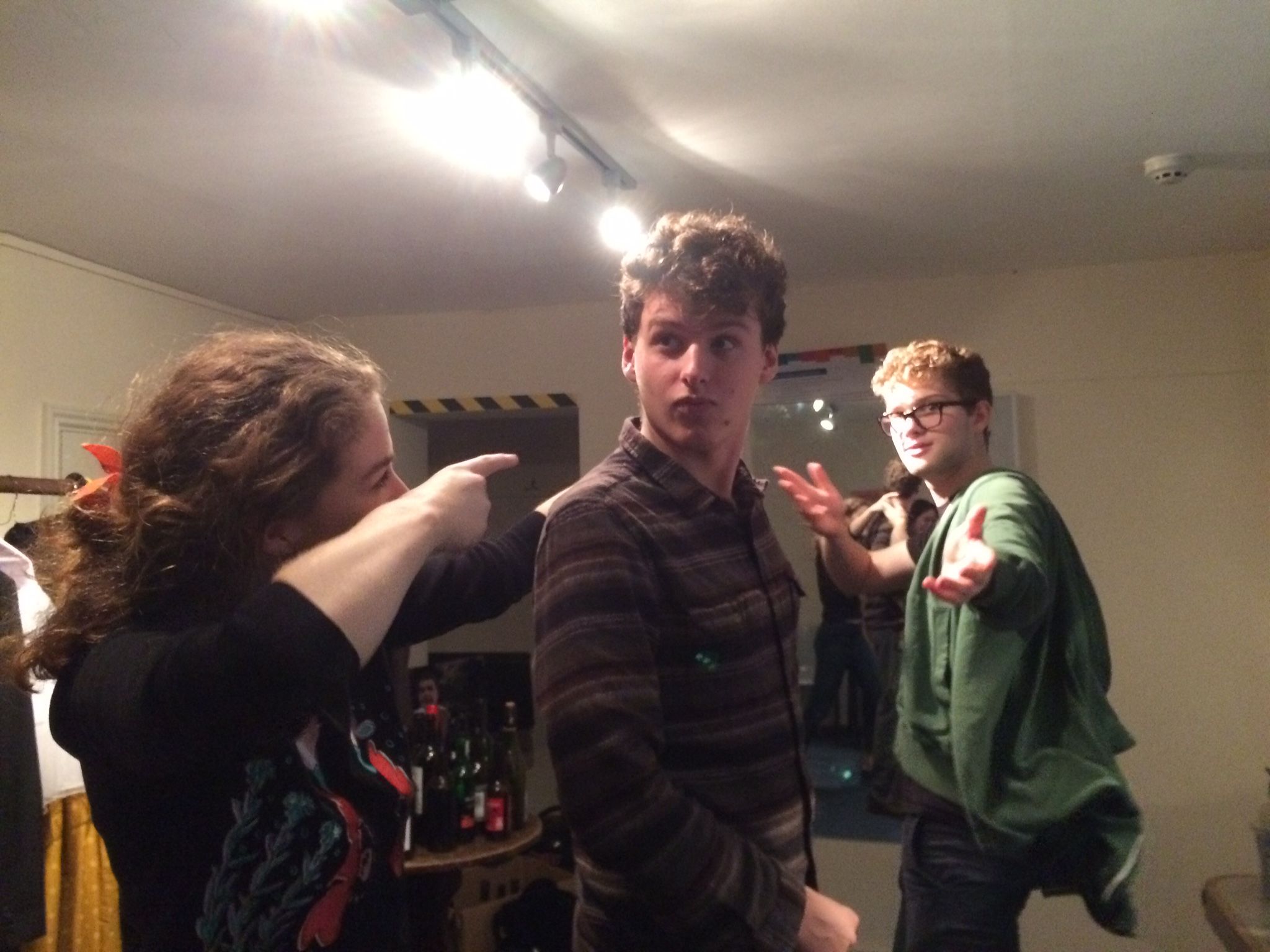 Finally, tip number six is the most important, albeit cliched one: just have fun. That's what theatre is all about, isn't it? Enjoyment and entertainment. And while the whole CamDram profiling and CUADC rules and regs might seem scary and professional, you've still got to remember that everyone gets involved for the same sort of reason and share the same passion as you do. Also, as with any other hobby, it's a great way to make friends, or at least find people who will pretend to like you for the sake of sharing a dressing room with them.

Now scour CamDram, find something you want to audition for, change your Facebook profile picture to a headshot and there you have it. You're basically Tom Hiddleston already, and it's only week six.

A new cohort of students are now officially #GoingToCambridge