Lola Olufemi was featured on the front page of The Telegraph today, which incorrectly portrayed the ongoing debate about decolonising the curriculum

Cambridge University has issued a statement on Twitter condemning 'the related harassment of our students on social media', after it was reported incorrectly today in The Telegraph and The Daily Mail that Olufemi 'forced' the university to remove white authors from the English faculty curriculum. 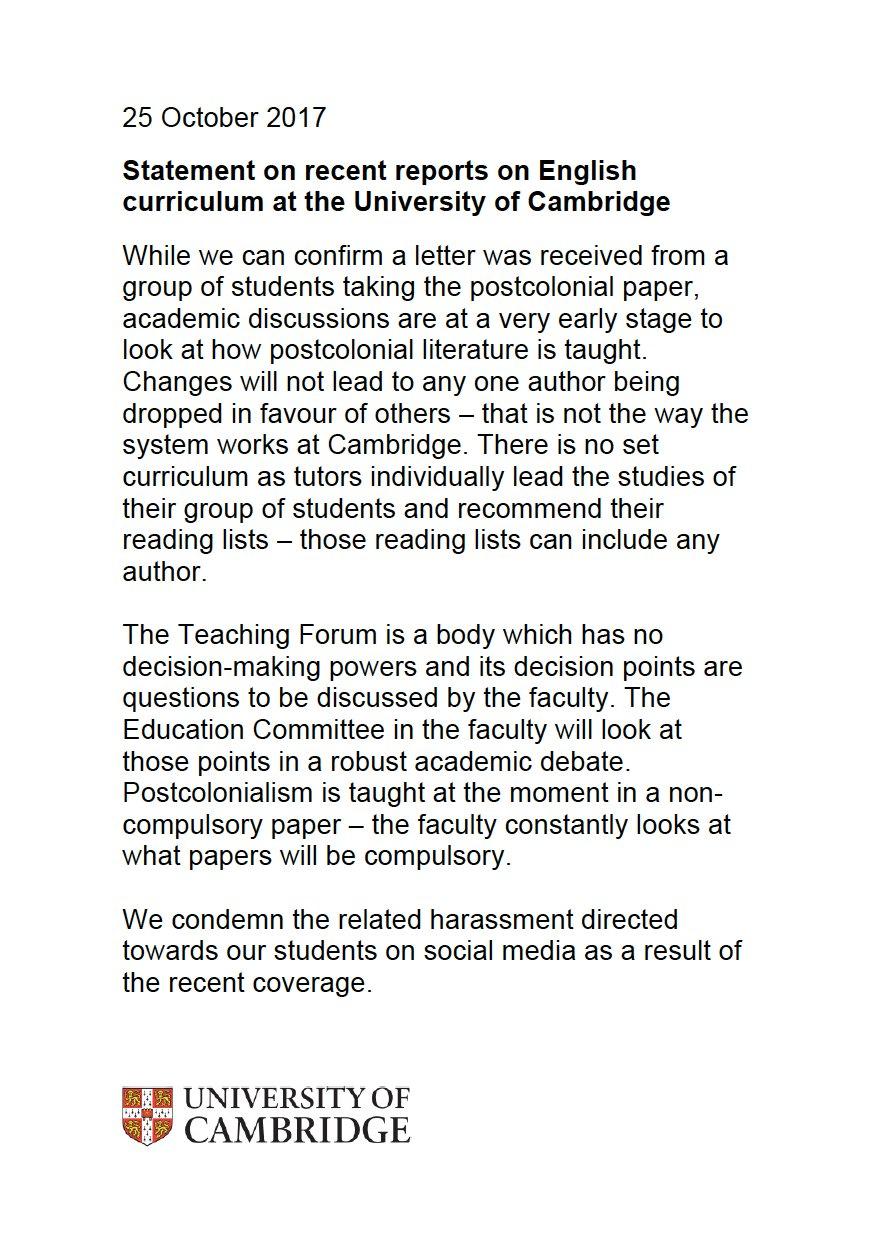 The following statement was released by the University on Twitter

Olufemi was featured on the front page of The Telegraph today, with the accompanying headline inside of 'Cambridge University caves in to student's campaign to replace white authors with black writers'.

In reality, Olufemi simply submitted a petition, signed by over 150 people, to ask that the curriculum included 'postcolonial or BME authors', as it was in danger of 'perpetuating institutional racism.' 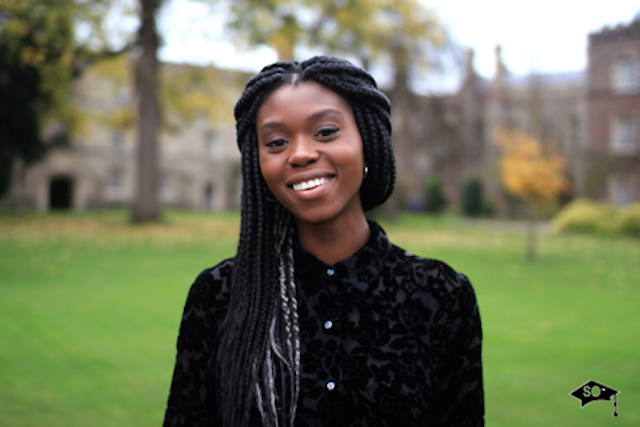 The statement from the University of Cambridge confirms that the claims made by the press have been exaggerated. It corrected the claim made by The Telegraph that changes would lead to white authors being dropped, stating 'Changes will not lead to any one author being dropped in favour of others', emphasising the nature of the Cambridge curriculum where reading lists can include any author due to the unique supervision structure.

It also clarified that the Teaching Forum, which is currently discussed practical proposals for the inclusion of more BME authors, is an advisory body with 'no decision-making powers', and that the points raised that proposed suggestions would be discussed by the Education Committee within the English Faculty.

Indeed, Olufemi was raising an important point to address institutionalised racism, after more than 100 MPs wrote to Oxford and Cambridge today asking them to take more BME students and improve representation after it was revealed that thirteen Oxford colleges failed to make an offer to a black A-Level student.

Many students at Cambridge, and at universities across the country, have taken to Twitter expressing solidarity with Olufemi, with some describing the reporting as 'racist scapegoating'.

Daisy Eyre, CUSU President, took to Twitter to express her support for Lola, stating that she was 'saddened that yet another student of colour is targeted.' The also stated that the 'press have behaved at their worst' and that they were scandalising the story and 'victimising a truly inspiring person.'

There has also been criticism of the statement release by the University, stating that it did not go far enough in condemning the reporting of the press.

Lola Olufemi released a statement to The Tab, saying, 'The article is riddled with factual inaccuracies and attempts to misconstrue what the task of decolonising is and delegitimise me as a co-authour of the open letter by using out of context quotes in an attempt to turn me into a 'controversial figure'.

'The open letter was written with the intention of pushing the faculty to decenter white authors and to give the same moral and intellectual weight to BME authors and stories from the global south. It was written by a group of students who think that it is a serious injustice that many go through their entire degree without formally studying any authors who are not white.'

She continued, 'Decolonising is about critiquing the current curriculum in order to make it better, it is about expanding our notions of 'good' literature so it doesn't always elevate one voice, one experience, one way of being in the world. It is a long and meaningful process that requires thought and serious commitment to dismantling eurocentricity and studying works in their colonial contexts.

'Not only have no official changes to the curriculum been made by the faculty as of yet, the attempt to reframe any changes as 'caving into demands' positions BME students as aggressors and is intended to start a moral panic about white men disappearing from reading lists – when this is not what is being proposed.

'We are asking for the recognition that English Literature is not only the literature of white men and for this to be reflected in how we study it.'

Cambridge University's network for women and non-binary people of colour, FLY, have released a statement in support of Lola, which you can sign here.