Cambridge's History Tripos has again delivered better results to male students, who have outperformed their female counterparts in both Part I and Part II exams.

While eleven male students achieved a First with Distinction this year, only six female students managed the same. Relative to the systematic shambles of last year's results, where only ONE female achieved Distinction compared to eight males, this summer's results are perhaps not too terrible.

Of all First Class grades, the gender disparity was more consistent with previous years' trends. This year, 42 female students achieved a First, compared to 59 males. These results are a slight step down from 2016, when these results were 44 and 55, respectively. Nevertheless, both are better than 2015, where a mere 33 female students got a First, opposite 61 males.

The difference in achievement is even more pronounced when considering 2.1s, where female students have consistently outstripped males – unsurprising, since the boys are hogging all the Firsts. 161 female students were awarded a 2.1 this year, compared to 118 males. These results are strikingly similar to last year, where the numbers were 156 and 115. 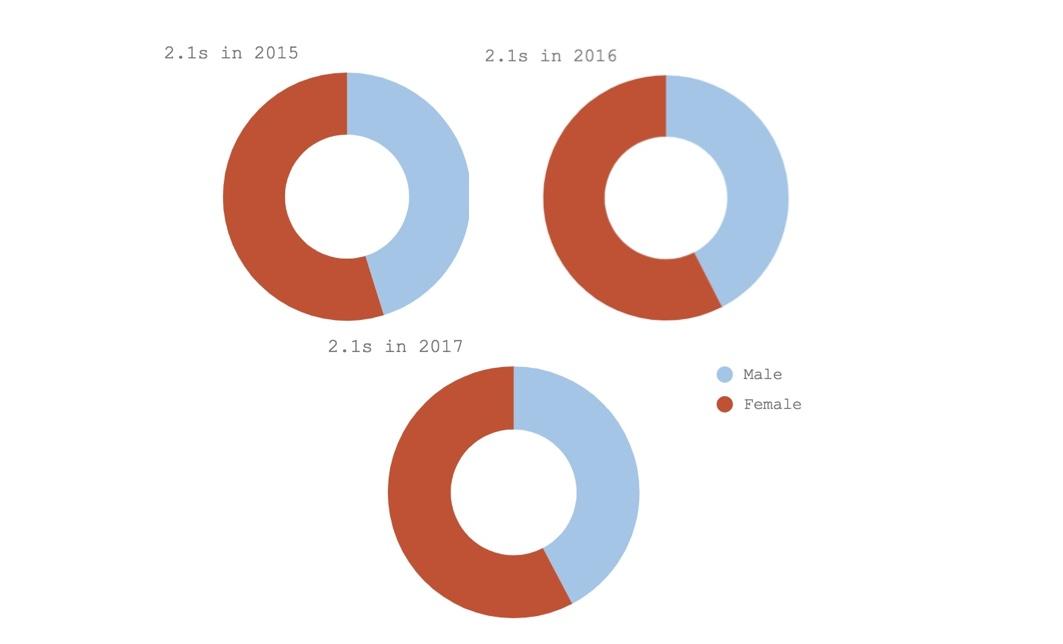 Such an obvious contrast by gender is also apparent in Oxford's History department – but nowhere else in the UK. Possible explanations have pointed towards the exam-heavy assessment process and the supervision system favouring a more male style of learning.

A female "lack of confidence" has also been cited as a contributing factor, with Dr Lucy Delap, a historian at Murray Edwards, telling The Telegraph back in June that academics are discouraged from using words like 'flair' and 'genius'. Such words are arguably difficult for some women to identify with, since they have "a very long intellectual history" and have "long been associated with qualities culturally assumed to be male." 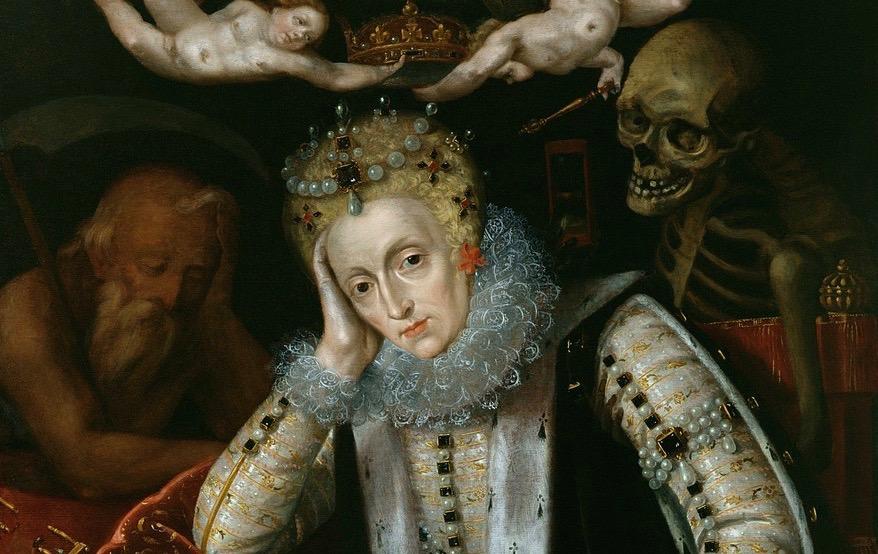 Dr Delap told The Tab, "I am disappointed that the gender inequality in exam performance has proved so persistent. Challenging it is likely to require a profound culture change in our teaching, assessment and environment, which must span the History Faculty and the Colleges."

The complication of the gender bias is evident when considering that exam scripts are marked blind, meaning that examiners do not know the identity of the student. History is also among the Cambridge undergraduate degrees which do not set a limit on the number of candidates who can achieve the top grades. 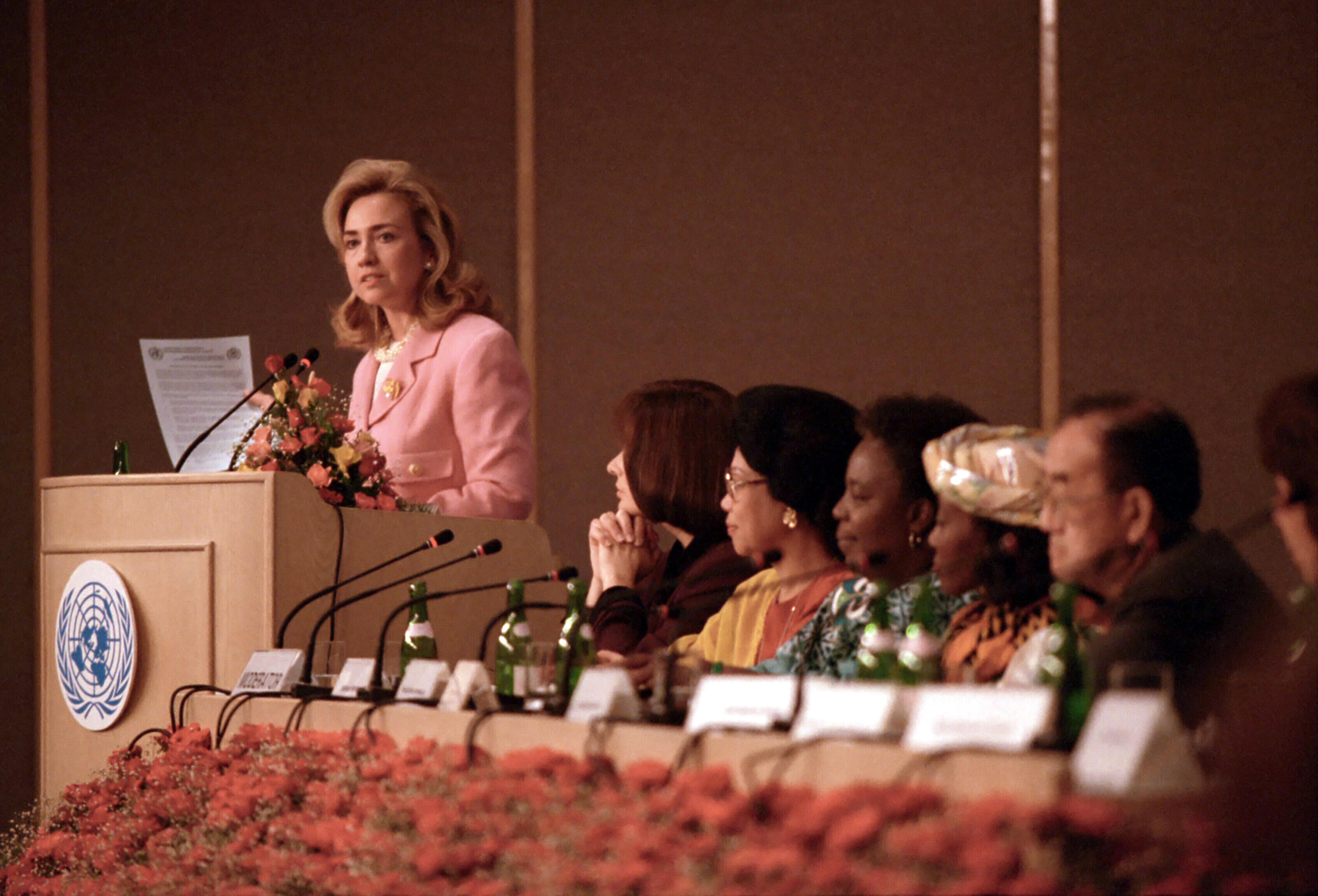 And then the patriarchy happened

A third year female History student, who wishes to remain anonymous, told The Tab, "I find it pretty upsetting that I’m less likely to get a First than the boys in my year. We’re taught by the same academics, read the same books, and have supervisions together.

“That said, it’s really important to me that I bring balance to the topics I study, be that making sure I read books written by women or requesting to spend a week on women as a discrete subject within a paper.”

Of course, there are no easy answers. We can only hope that changes to the History Tripos, currently underway in the faculty, will help tackle the Oxbridge phenomenon of female underperformance.

The figures cited in this article were gathered from Freedom of Information requests and the Examination Results and Degrees Statistics, published by the University of Cambridge Planning and Resource Allocation Office. The statistics do not include students who have recorded their gender as ‘Other’, nor the results of first year Prelim exams, which appear in Class Lists but are not broken down by grade.