Eric Monkman and Bobby Seagull get their own radio show

In the last edition of University Challenge, the captains for Wolfson and Emmanuel college captured the hearts of the nation following a series of stunning heat performances, before eventually meeting in the competition’s semi final. Despite the eventual triumph of Monkman’s Wolfson, the two cemented a bromance that would outlast the BBC 2 show’s running time, producing the infamous moniker ‘Seamonkey’ (or Monkgull, choose accordingly).

Yesterday, the BBC announced yesterday the pair were set for a radio debut, as co-hosts of Monkman and Seagull’s Polymathic Adventure, with the first edition set to be aired on the 21st of August.

Joined by Stephen Fry, Monkman and Seagull will be exploring the historical concept of ‘a polymath’, as well as questioning whether such well-rounded academics could be useful in today’s world.

“We look into polymaths, people with wide knowledge and learning, and explore whether there is a useful role for this type of person.”

“On this journey, we meet academics to discuss the idea and chat to one of our favourite all-rounders (and former University Challenge contestant), Mr Stephen Fry.”

“We were very professional and didn’t ask for autographs in interview!” 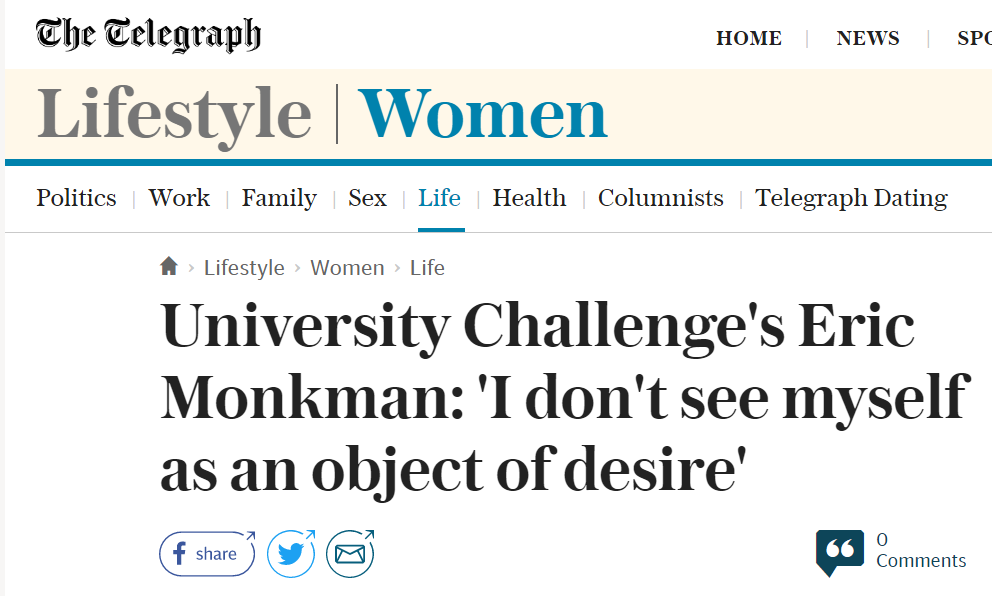 Not the first time they’ve made the news

University Challenge fans will also be pleased to hear that the pair will soon be releasing a quiz book.

“Eric and I are working on a quiz book together that we’re publishing with an independent press called Eyewear,” Seagull announced. “The book will be out on 1st November, so not long to wait!”

“It’s been such great fun getting to know each other throughout the University Challenge recording and broadcasting process and beyond. We’ve become top pals and it’s a friendship that will continue to grow and develop!”

All very well, we just wonder what Cosgrove has to say about this…