Why do so many people watch Fox News?

Katie Hopkins is not the voice of Manchester for a start

I want to talk about Fox News and about Judge Jeanine Pirro in particular.

No one in Europe believes their slogan ‘fair and balanced’ – we treat Fox as almost satirical. And the show would be okay if it were satire; the problem is it isn’t and it’s the most watched news channel in America.

Bill O Reilly has heckled children of 9/11 victims and Kelly did a whole performance on why Jesus is white, to mention but a few examples. Despite this, a recent set of American news network rankings published by The Wrap shows that Bill O’Reilly comes top of the list at 3.29 million views with other Fox News hosts, such as, Sean Hannity and Megan Kelly coming also in the top five. To give this perspective, the nearest liberal is Anderson Cooper who comes in at number 17. 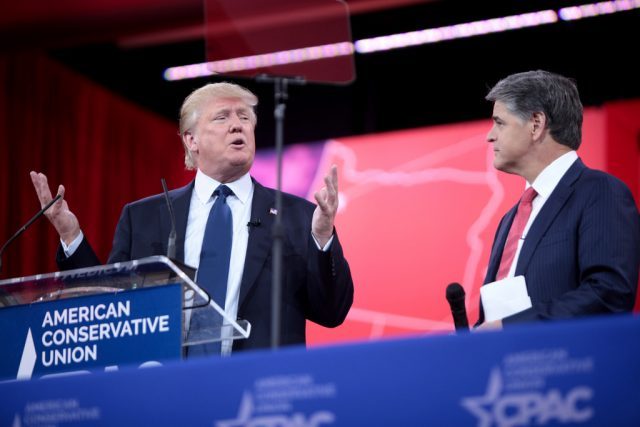 Trying to work out how the fuck they manage it

In last nights show, Judge Jeanine Pirro talked about Trump’s trip abroad, NATO, the terrorist attack in Manchester, Melania’s fashion and a new aircraft carrier. In each excerpt she drilled the right wing message. In the bizarre report straight out of Pyongyang she glares at the camera and describes Trump as a ‘pillar of strength’ and as someone who shows ‘honour and determination’. This bizarre report goes on to describe adversaries as ‘enemies of the United States’ and when discussing a possible leak of information coming from the White House she says ‘there is a traitor in the peoples house’. The peoples house? Is it me or is that hijacked totalitarian jargon? 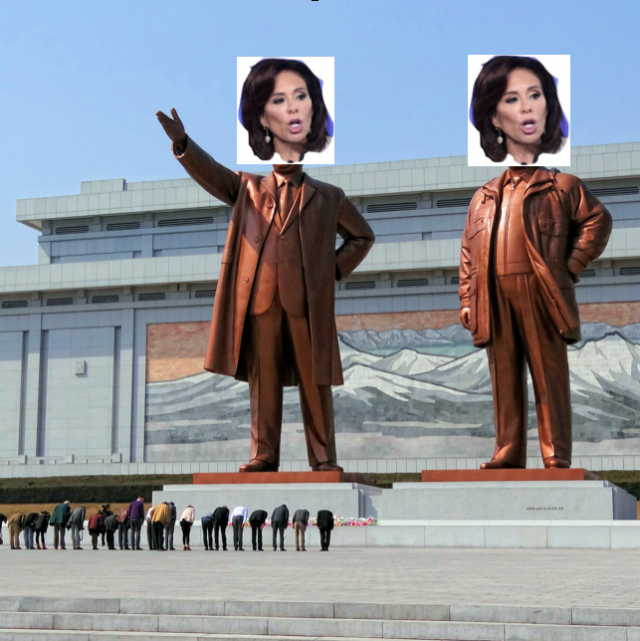 Once she’s done heckling in her opening statement she gets a bunch of idiots on to attempt to disguise the fact she’s setting the narrative. One guy heckles that people in NATO are ‘leeches’ to which she replies ‘we better humiliate them so they pay up’.

When discussing fundamentalism she pushes the argument for more surveillance with her bogus friend who attempts to make her views seem level headed. She then wheels out right-wing Muslim Qanta Ahmed to legitimise everything she’s saying even though what Dr Ahmed said mostly related only to the issue of scripture and her support for that thesis does not transfer to support for the bans which ‘Judge’ was suggesting. It comes across like a show trial from Stalinist Russia, where all the actors are present but there is no way that the so called Judge is going to do anything other than what has been decided beforehand.

If this wasn’t bad enough for the shows credibility,  the ‘Judge’ wheels Katie Hopkins out to speak on the Manchester attack. Yep, Katie Hopkins. Katie gives us some facts and figures about the number of casualties and the horror of the event but within five minutes she’s back to pushing another agenda: locking people up. She stated that the three thousand terror suspects in the UK who are under surveillance should not ‘be known to authorities but known to incarceration’, apparently unaware of the fact that we can’t send people to prison without a trial and until there is sufficient evidence. These people push an agenda of act first, think later. 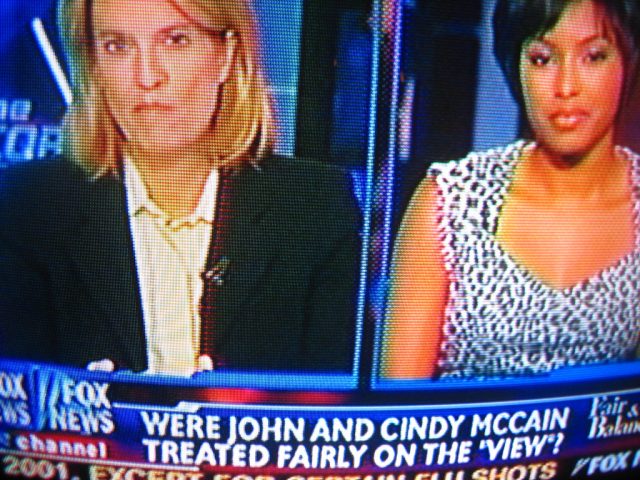 The Judge then describes Melania’s fashion sense during the recent tour of the Middle East as ‘dessert’ like and ‘as though she’s on safari’. I mean it’s awkwardly funny because it’s just so plainly racist. And in the final scene on a new air craft carrier we see her walk around in what looks like an army PR stunt meeting troops and gawking at the guns and the captains dock declaring ‘it’s just like the movies’.

It’s bad enough that these personalities are listened to by so many people, but how has this anchor, Judge Jeanine Pirro, not only got this position but was also an ACTUAL JUDGE?  Like one who is supposed to look at evidence impartially and come to conclusions based solely on evidence.

Her past it as objectionable as the things she says on air right now. She was under investigation for tapping her husbands phone because she thought he was having an affair (admittedly she wasn’t convicted, but Christ), her husband was convicted for tax evasion in 2000 (something she was no doubt aware of) and if that wasn’t bad enough, in 2006 she took donations from Trump when she ran to become Republican nominee to challenge Hillary Clinton for the New York Senate seat – she dropped out when it was clear she would lose 60-30 % to Hillary Clinton. There’s therefore a clear history linking her with fraud and illegal activity and her support for Trump and her vendetta towards Hillary are not hard to understand. So much for fair and balanced.

The channel appeals because it’s big budget, well produced and it has sexy hosts. But it’s record of reporting and its questionable hosts make it a menace.