A night of Lager, lederhosen, and lots of fun.

With Cambridge being so full of sit-down dinners in evening dress I expected something of that sort.

The German Society put on a night that was anything but, and it was oh so lovely. Although it was the first time this event had ever run, it certainly was pulled off elegantly.

Having never been to any events of “nationality societies,” I wasn’t quite sure what to expect of the night. I was slightly worried that I might stick out like a sore English thumb- that my fellow party-goers conversed in German and shared cultural references that I wouldn’t understand. The German Society and all of their guests were quick to welcome me, and all their other non-native guests, into a bold, and beery, Bavarian night. 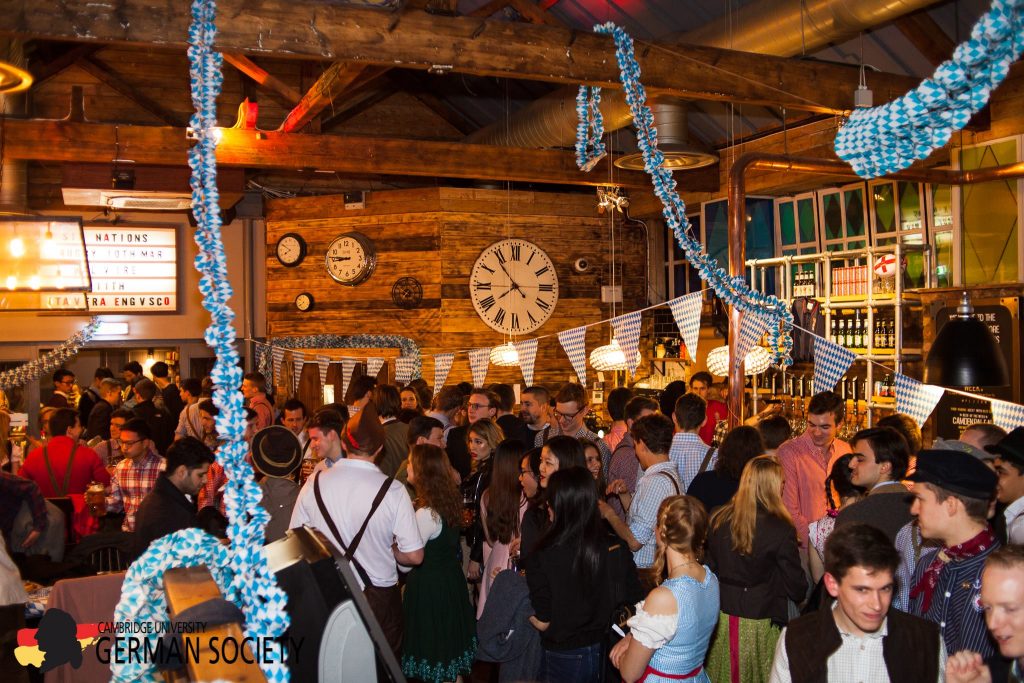 A night full of life

The event was set in the upper floor of the Grain and Hop by Parker’s Piece, and beautifully decorated in white and blue Bavarian decorations. Upon entry one was greeted with processions of chilled Jaeger, quoffed to the sound of “prost”s from across the room. I must admit I had a bit of trouble getting to the  free bar, having already been offered several shots of Jaeger- an indication of the level of partying that the German Society had in store for the evening. 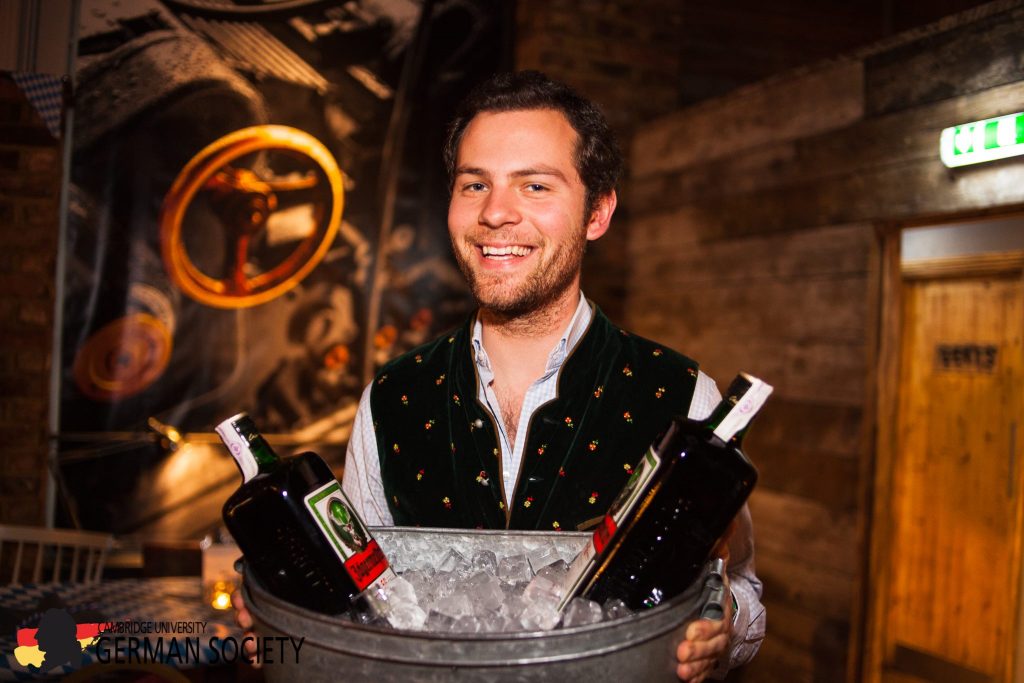 Plenty of Jaeger to go round

Having collected my stein of fine German lager, I proceeded to fumble with it clumsily before finally realising that it’s best to ignore the handle and hold the glass. Nevertheless, the specially shipped-in steins were a wonderful touch to the evening, and provided for a good photo op. 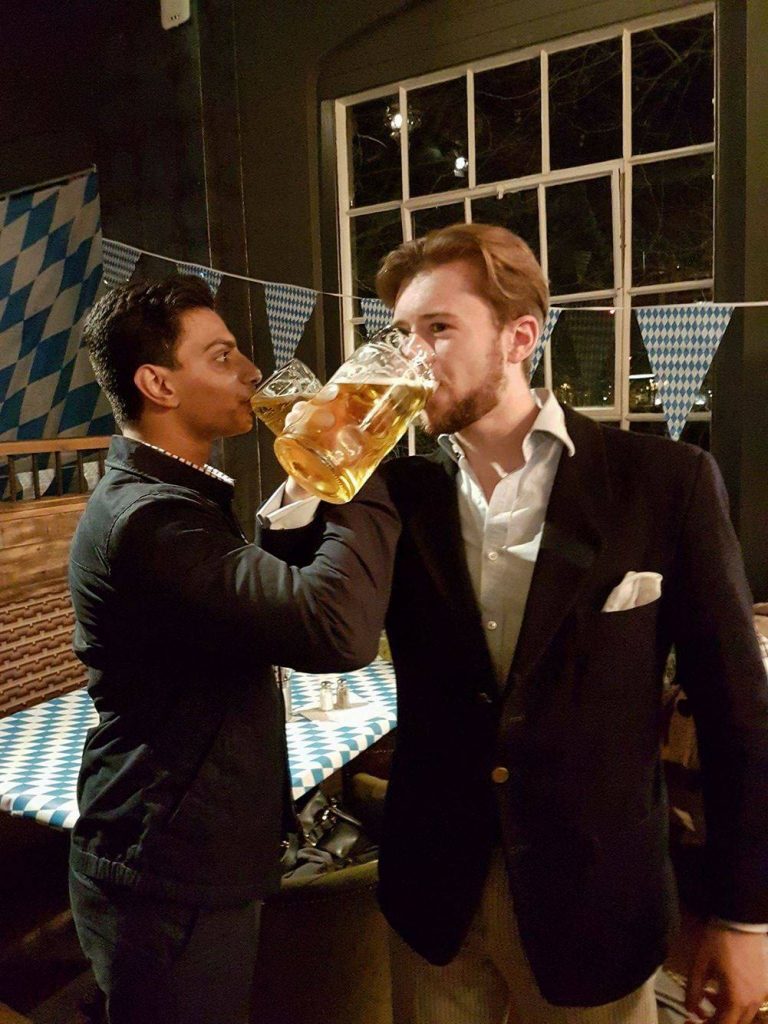 As the evening moved from beginning to middle, we sat around tables acros the floor, each bearing a wonderful selection of German cheeses, and meats. As the meal progressed, pretzels, sauerkraut, varities of sausages, and other foods arrived at the tables.

The relaxed, almost family-like meal where we sat down together and shared from platters really brought everyone together before the night kicked into the next gear, and the dancing began. 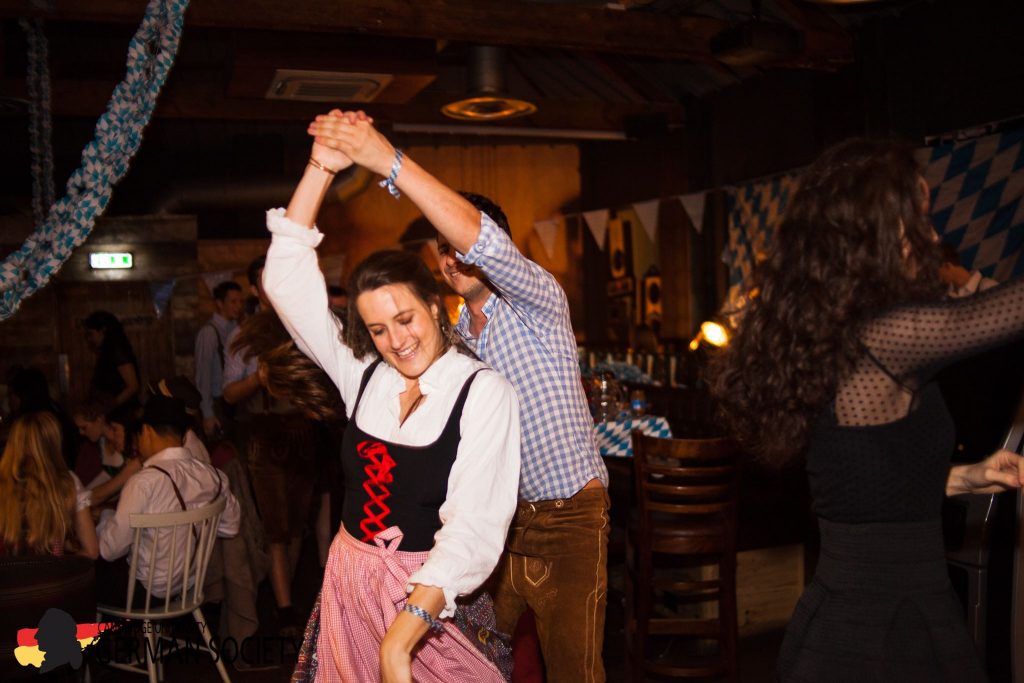 As people finished eating, and the beers continued to flow, tables were moved away to leave space for the dancefloor. The German Society had hired out a DJ for after the meal, who played a variety of German songs. Almost everyone joined in on the dancing, and it truly was a wonderful sight to see with people in their lederhosen or dirndl. 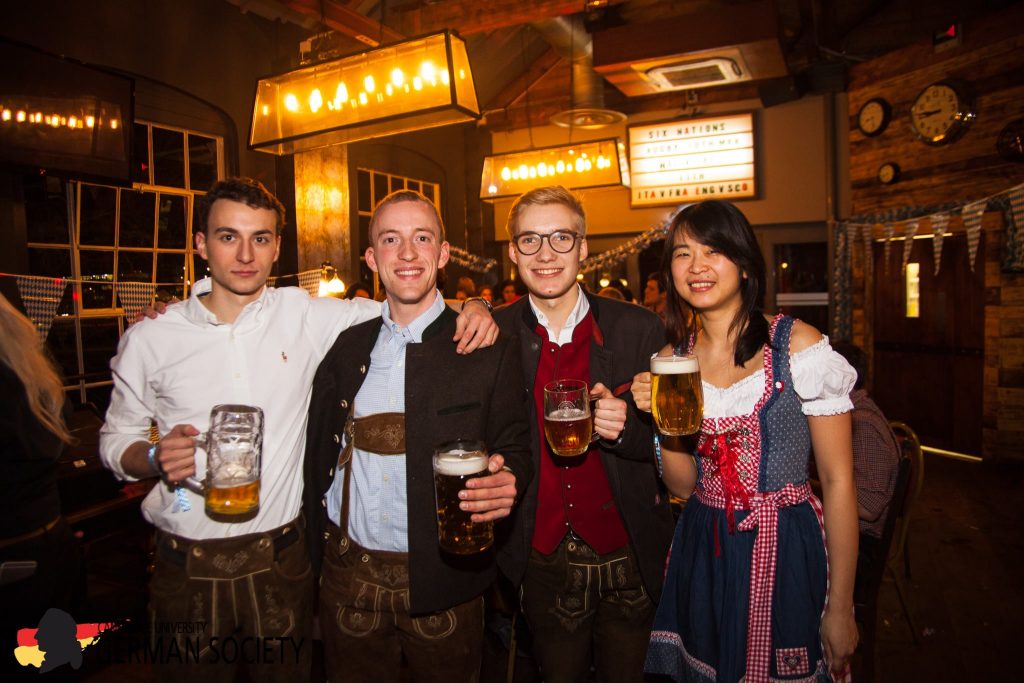 Looking forward to next year already

Before coming I was told to prepare myself for the night, as apparently the German Society parties hard. I certainly had to agree as we moved to Cindies where they had booked out the VIP section with extra drinks. At this point my memory as to exactly what those drinks were became a bit hazy, but I think that’s an indication of a good night.

From there, we partied until late, dancing across the floor of Cindies, and to be honest, all that I remember after this is feeling fragile the next day.

All in all, an absolutely wonderful night that moved slickly, and certainly lived up to what I thought Oktoberfest might be like.