Why Catz is actually the most relevant college

However, within the Cambridge city centre lies some hidden gems, one of which being St Catharine’s College of Trumpington Street. Alas, many Cantabs are ignorant as to the appealing features of Catz – we’ll never know which Ikea table we are and my encounters with out-of-college students will always feature the phrase: “Oh! I’ve never met someone from Catz before”. However, like all problems, education is the key to a solution, so I am here to enlighten you all as to why Catz is actually the most relevant college in Cambridge.

Catz has a reputation for being one of the friendliest colleges with it’s tiny year group of 130 students. What do you expect from a college with the largest Student Minds team in Cambridge, a smoothie society and porters who open the gates for baby ducks to march through every year. That being said, this results in a hyperactive Catz grapevine where gossip spreads like a group freshers fleeing that sharky third year (every college has one). Seriously, say goodbye to your secrets as soon as you step through our “notable open court (rather than closed quadrangle)” 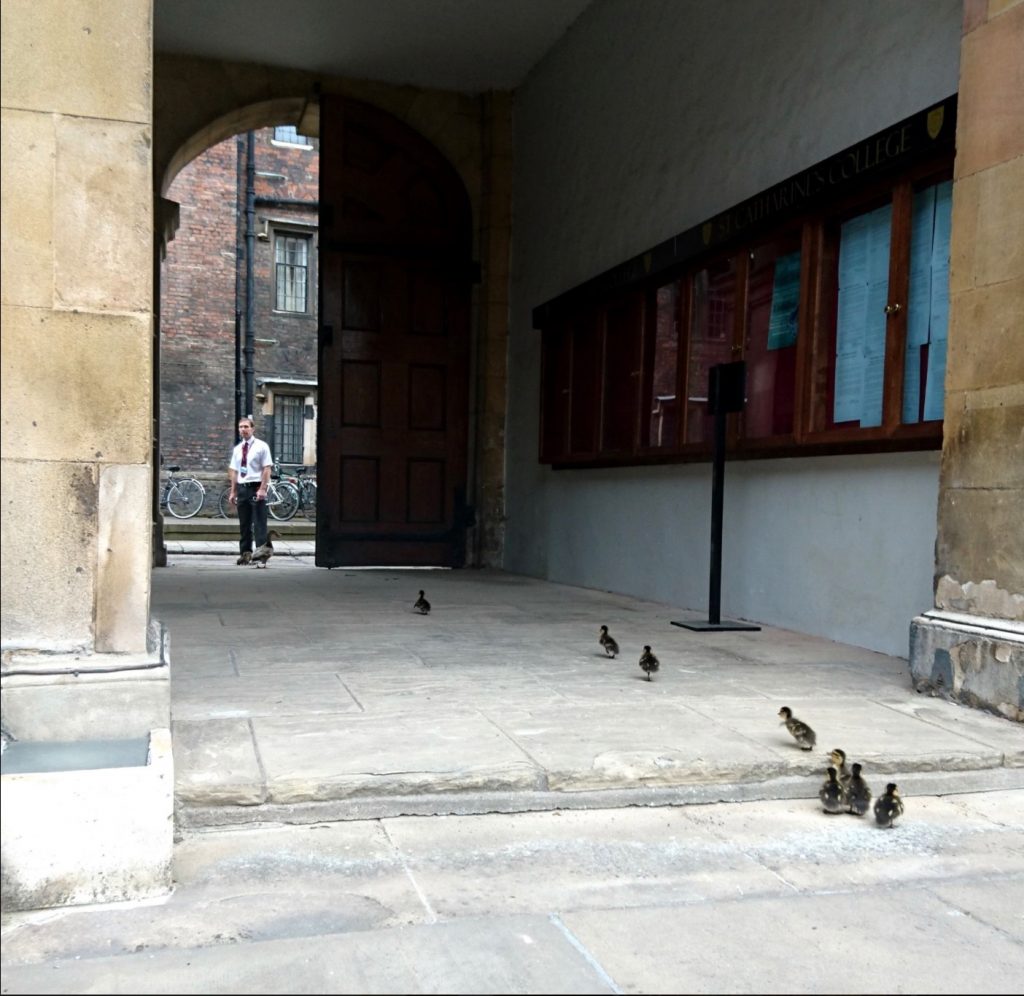 Catz may not look like something out of Harry Potter but it’s beautiful in an understated way. It may look like the smaller sidekick to it’s neighbour, but Catz looks like St Paul’s Cathedral in comparison to Robinson and Churchill. It’s also centrally located, so any walk of shame/stride of pride is relatively short (as long as you didn’t wind up in Girton/Homerton), and Trumpington GP is directly opposite, so your UTI can be seen to as quickly as possible. 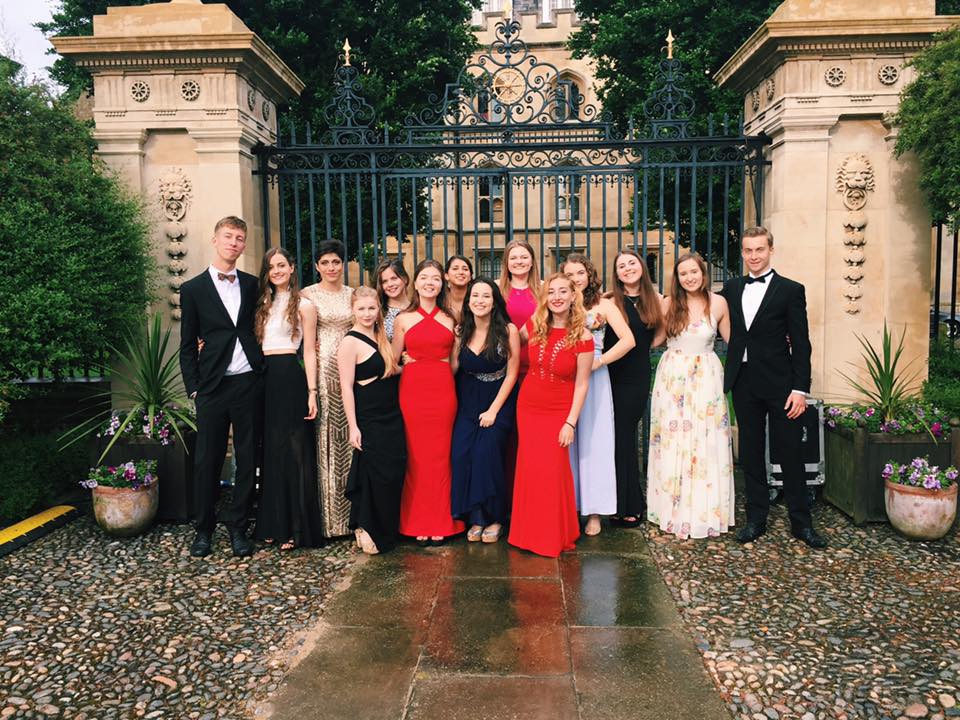 We may not top the Tompkins Table but damn, that notable open court is fine

Catz are constantly in Cindies

Come rain, come shine, come Week 5 blues – you can always guarantee that the Catz contingent will be out twice a week. There’s a reason we have our own ‘Catz corridor/corner’ in Cindies and Life – a consistently strong collective arrive en masse every Wednesday and Sunday with VK in hand, ready to drunkenly belt out Mr. Brightside at the top of their lungs. “Well, why don’t I ever bump into some from Catz then?” I hear you cry out in disbelief. The Catz student is a creature of comfort, and so you’ll find they are hesitant to cross the boundaries of their designated area onto the Cindies dance floor to find a mate, so instead settle for one of their own. 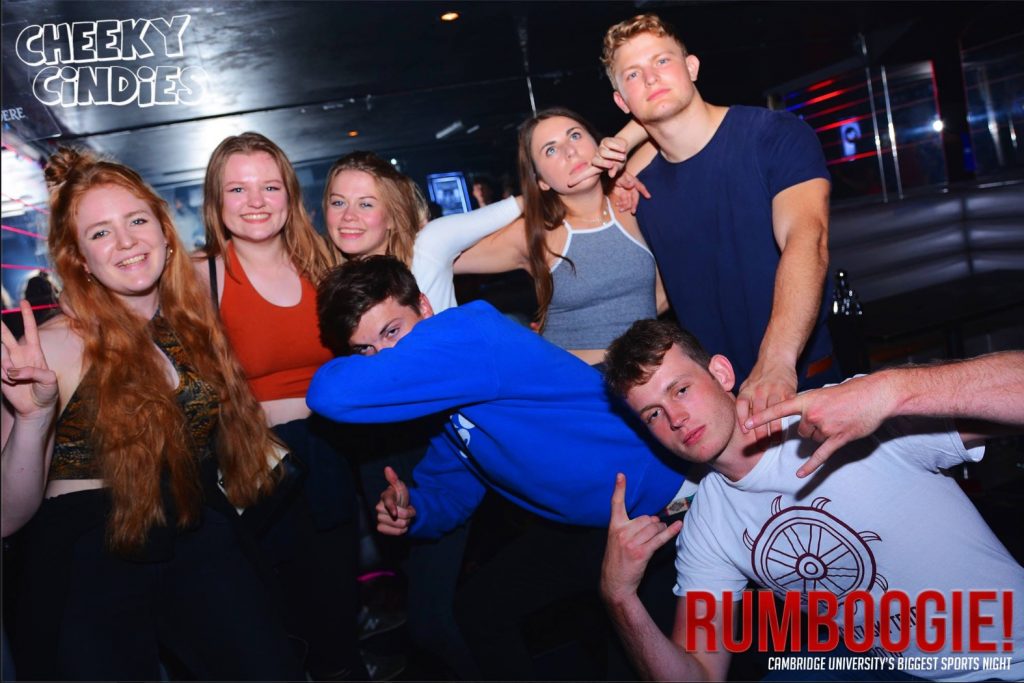 A spectrum of inebriation

We churn out the BNOCs

From Sir Ian McKellen to the founder of Pizza Express, Catz has been producing big names since the 1500s. We’ve had our fair share of comedians and thesps in the form of Richard Ayoade, Ben Miller, Sir Peter and Rebecca Hall and we still do. We have our very own Footlight, Sam Knights, and ex-Tab TV presenter Johnny Burrow, who has been described in the past by a disgruntled guest star as “evil in its purest form” – one of Johnny’s more complimentary reviews.

Catz have not only stormed the Cambridge stage but also the rugby pitch, as we are one of the most sporty colleges in Cambridge. We have the most sporting Blues in proportion to college size, which is more than you can shake a hockey stick at.

Our aesthetic is on point

Not to brag, but of all the college colours, our combination of claret and rose is probably the nicest to look at. Our stash is far more aesthetically pleasing than Christ’s unattractive brown and white combo or Medward’s clash of yellow, red, black and blue that starts to hurt your eyes if you stare at it for too long. 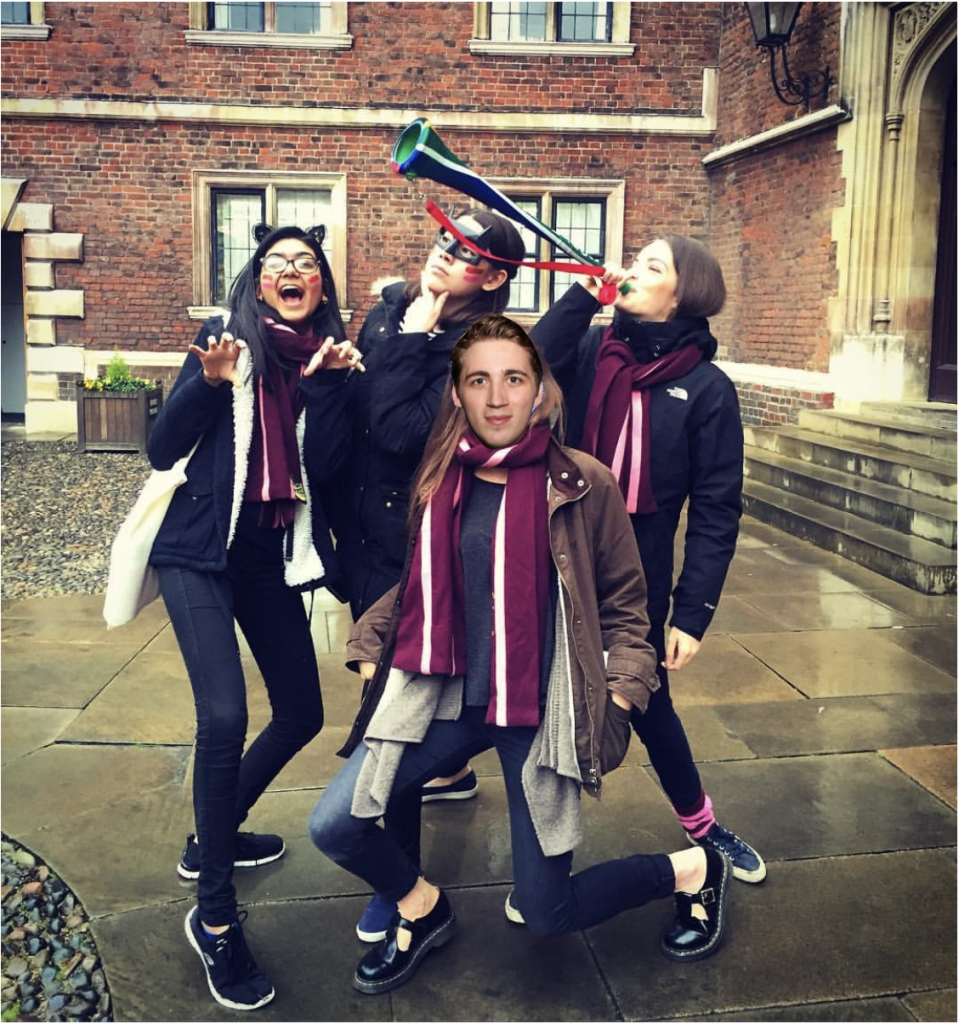 And most importantly – we have a cheese course!

One of Catz’s defining features is that we are one of very few colleges with a cheese course at formal, which warrants a visit in itself. However, a word of warning, once you experience the extra course, going back to your cheese-less formal can leave you feeling underwhelmed and disappointed – the cheese is just too gouda. 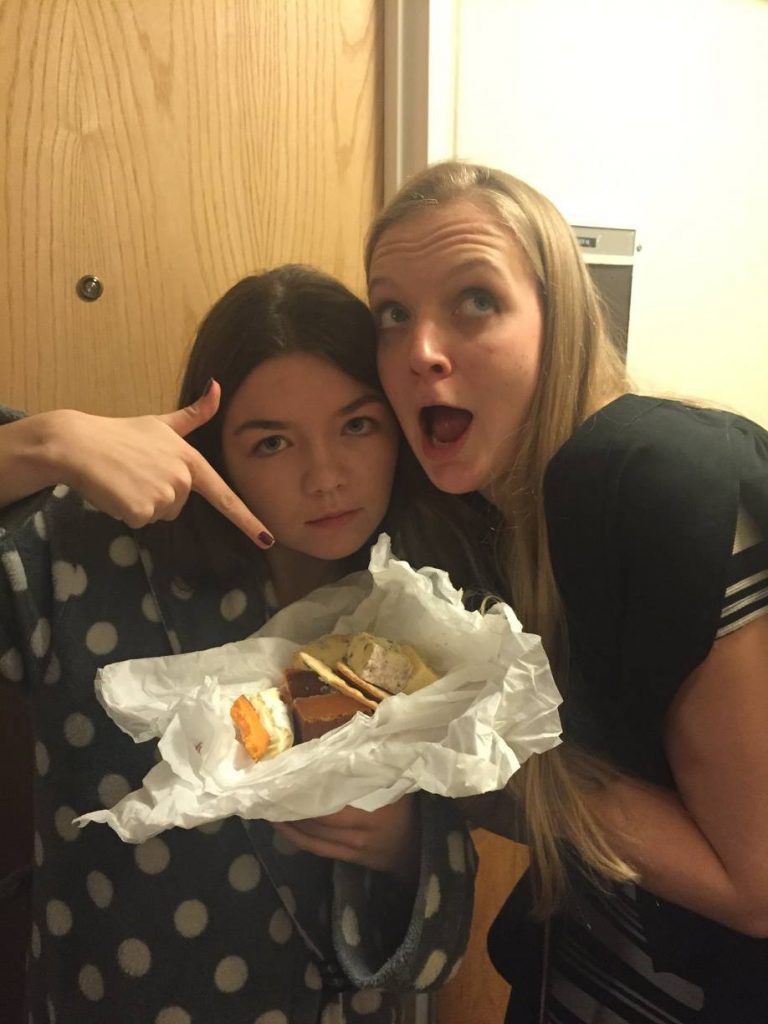 There’s no place I’d rather brie

I hope I’ve made a convincing case for why Catz is actually really great, and a well-earned respect for us will be found across Cambridge.

If we’re not included in the next “Which X is your college?” quiz, then expect a riot on Trumpington Street.