The venue kicked students out early as it was “trashed”

The 2017 Pink Week Ball has been shut down by the venue after they got fed up with misbehaving Cambridge students.

The annual event, which was shut down early, was originally scheduled to finish at 2am. It was held at Parklands Quendon Hall, a mansion in Essex.

The most dramatic property damage was reportedly the destruction of a £400 chandelier in one of the mansion’s rooms. According to the staff at the venue, students were also being sick everywhere and allegedly smashed two windows so the party was shut down early.

A security guard said the ball ended because the venue got “trashed”.

Eyewitnesses said they saw at least two or three large bags of flour lying about;”the size of a newborn child”. According to committee members, they were apparently to cover up piles of vomit on the floor.

“I got loads on my tux. Not happy,” said one Cantab. Hopefully he meant the flour, not the vomit. 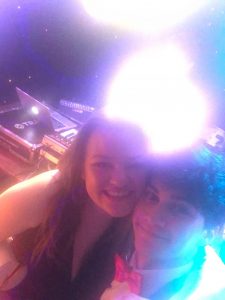 These smiles hide the pain of ignoring the flour

Staff resorted to desperate measures to keep party-goers under control, walking around taking drinks out of students’ hands.

“I literally saw someone get a Cobra beer snatched out their hand by someone from the venue,” one witness told The Tab.

Alex Sive, a Sidney fresher who attended the ball, said “As far as I can tell, it was a few people getting out of control and ruining what was really a fabulous night”. 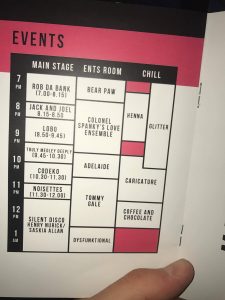 So much for the silent disco

“On bus home from an amazing night, a couple of awful people ruining everything is classic Cambridge behaviour,” said Maxim Hibbs.

The ball is part of Cambridge Pink Week, with at least 50% of proceeds going to charity. Second release tickets cost £95. The 2016 Pink Week ball raised £15,000 and received a sparkling review from The Tab and the committee promoted this year’s ball as “BIGGER and BETTER”. 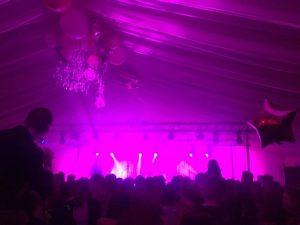 We contacted the Pink Week Committee for comment. They said “The ball committee closed the event an hour early as they were concerned by alleged reports that certain guests’ behaviour disrespected the staff, the venue, the principles and reputation of Pink Week.

The small number of individuals who allegedly acted this way do not represent Pink Week and its values, and the committee took every reasonable measure to prevent this turn of events. The majority of our guests enjoyed the night by behaving respectfully, raising at least £24,000 for breast cancer charities. We hope Cambridge students respect and enjoy the remaining 59 events of Pink Week and appreciate our positive influence.” 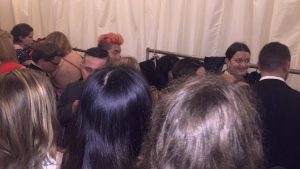 Fed up with waiting, students went

Guests were all on buses home by 2am, with some students heard demanding refunds. Others complained of the hour-long wait for a coach.

Witnesses said the bus ride back was “carnage”, with people walking up and down the aisles and vomiting into buckets.

One student was heard saying, “Where is my private driver when I need him?”

‘Did he stop me because I was black?’: Speaking out against everyday racism in Cambridge