Being gay in a Muslim family

I also happen to be towards the gay end of bisexual but that isn’t exactly rare around here. At home, I am largely the same guy you see around in Cambridge, yet with one main exception: at home, I am straight. 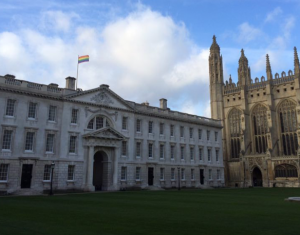 The reason is that half of my family is Muslim, and being anything other than cis and straight is not something that is even vaguely acceptable for the vast majority of Muslims across the world. In my father’s native Egypt, a Pew study found that over 95% believe homosexuality should be condemned by society. For all but the most liberal, being gay in Islam is a one way ticket to hell in a handcart. 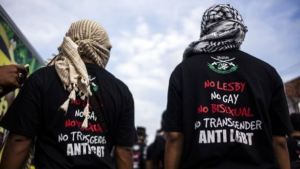 Not being out at home, shouldn’t be such a big deal, surely? It’s not as if I’m desperate to bring home random men met cruising dodgy dating apps. The real issue is that no one should have to pretend to be someone they aren’t to satisfy someone whose love should be unconditional. As is true for too many people, my father’s love isn’t unconditional. That hurts.

I’ve often considered telling him but then he makes some disparaging homophobic remark or expression of disgust when there’s a gay character on TV or at the coverage of Pride marches. I wish I could believe he would put family before religion, but I know that the outcome of telling him would never be a hug and and a cheesy conversation involving the words “I will always love you for who you are”. What was worse was that the fact that I was gay had a dire effect on those I love the most.

In the US, family rejection results in a hugely disproportionate rate of LGBT homelessness. In the UK it’s not much better (None Project)

I came out to my mother when one night when my dad was away. She found me in a heap on the sofa gibbering about wanting to kill myself. There was never any question she’d take it badly but I had avoided the topic knowing that it would strain a marriage that was already an uphill struggle against religious and cultural differences.

Sure enough, the knowledge that her husband could never entirely accept her own son took its toll and shortly after that I was told that my parents were divorcing due to ‘irreconcilable differences’. Of course my mother never told me that my sexuality was a factor but how couldn’t it be when she so clearly resented him for causing such a screwed-up situation? My parents managed to salvage their marriage but since then I have avoided the topic of sexuality with her for fear it could once again put my family’s integrity at risk.

Then there is the effect on the mental health of anyone in such a situation. For me, the fact that my past had been no fairytale made it easier to ignore the devastating impact of being forced into the closet. I was diagnosed with severe depression at 14 (around the same time I realised I was gay) and left school for several months. Later that year I was told I had a rare type of brain tumour that had wreaked havoc on most of my hormones. I was sleeping 18 hours a day, putting on weight even as I barely ate and played 8 hours of rugby every week, whilst getting crippling headaches that made trepanning a tempting proposition. 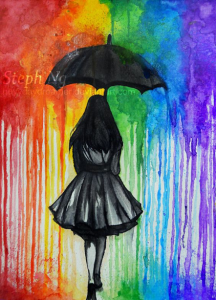 The knowledge that I was a medical train-wreck was an excuse to ignore the fact that depression is rarely caused by physical illness alone. Sure enough, the black dog came back and I had to face up to the fact that my sexuality was tearing me apart, driving me to self-harm and close to suicide on several occasions. Although I still had the wonderfully liberal bubble that is Cambridge as my escape, tragically for many young LGBT+ people, ending their lives is the only way out.

These aren’t problems unique to Islam, I know. There will almost certainly be people reading this who are forced into the closet due to bigotry. Every year thousands of LGBT+ teenagers in the American Bible Belt brave enough to come out are thrown out of their homes, and a quarter of homeless people in the UK identify as LGBT+. For those living in the most deeply religious countries, things are even worse. In 13 of them, being gay can get you murdered by your own government. 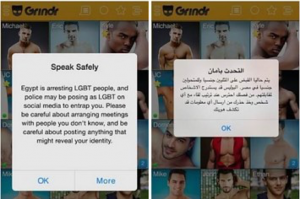 We can’t change peoples’ beliefs, but we can make it clear that the right to religious freedom should never extend to the right to destroy lives. What that means is not shying away from criticising religion itself when it promotes thinking that is so deeply damaging. We should not feel obliged to respect any beliefs that encourage or tolerate this – we should feel obliged to condemn them. 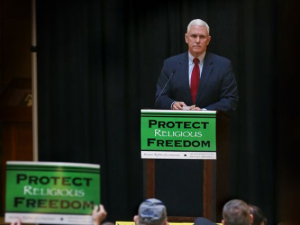 I didn’t want to write this article anonymously and I’m sure it would be more effective if there was a name behind it. It is not anonymous because I am ashamed – anyone reading this in Cambridge who knows me can be fairly sure who wrote it. It’s anonymous so that my online savvy family don’t see their ‘good Muslim’ relative plastered on their news feed alongside a coming out story and a condemnation of their fundamental beliefs.

I shouldn’t have to worry about that or about my friends inadvertently outing me if I invite them home. I shouldn’t have had to lie to my father about why I was so depressed when my first boyfriend cheated on me. When I found out my ex was cheating on someone else, it shouldn’t have been possible for him to blackmail me out of warning his girlfriend by threatening to out me to my father. Most of all, my family’s integrity should absolutely never have been put at risk as a result of who I’m attracted to.

Nobody should ever feel they have to hide who they are. Someone justifying their bigoted and medieval views with a quote from a 1400+ year old book is no justification at all.

In a challenging year, many students felt the departments and faculties should have done more to support student wellbeing and academic progress

30 students of Black or mixed race heritage will each be awarded a £20,000 scholarship over the next three years

The government is also discussing the possibility of different fees for different courses, and minimum qualifications for enrolment

This will be for an incoming student in the academic year 2021-22, whose tuition fees and maintenance costs will be fully covered by the scholarship

The petition expresses alarm that Cambridge, ‘it seems, is more than willing to sell its soul for UAE’s dirty money’

‘It’s a matter of streamlining your creative priorities, what you think is most worth your mental and creative effort and your time’

With 432 people testing positive for coronavirus in Cambridge between 29th June and 5th July, the council stresses the importance of getting vaccinated

The college has no intention of patrolling the riverbank in the meadows, and has stated that no action can be taken against swimmers there

Because yes, you have not yet seen enough of everyone’s disposable camera photo dumps

‘Anyone is welcome’: Meet Georgie Windsor and the Cambridge University Witch Society

Despite the heavily gendered and stigmatised term of ‘witch’, Cambridge University Witch Society is a safe and inclusive space for all

Looking for proof that Cambridge students are amazingly stylish, colourful and unique? Look no further…

Petition to ‘keep access to the river at Grantchester Meadows open to all’ has over 17,000 signatures

They are udderly captivating 😉

The College will host a subsequent clinic on 17th and 18th July, which will be open to the public