A handy guide for the ignorant to pretend you know something about rowing.

The Cancer Research UK Boat Races are watched live by 250,000 people and seen by a further 15 million over television. If you are lucky enough to see the races in person, make sure you know your way around the event.

Beginning in 1829, and continuing almost every year until the present day, the Boat Races are the culmination of months of masochism by Cambridge’s elite, and some “rowers” from O*ford. Why not take a few moments now to learn the DOs and DON’Ts of the event so that you can pretend you were born in an Empacher (for the uninitiated, that’s a type of boat).

DO wear a blazer.  Blazers were, unfortunately, invented by Lady Margaret Paddling Club, of St. John’s, Cambridge. They were so bright red that they appeared “ablaze”. Don’t let the questionable origins put you off sporting your club’s blazer proudly, though. 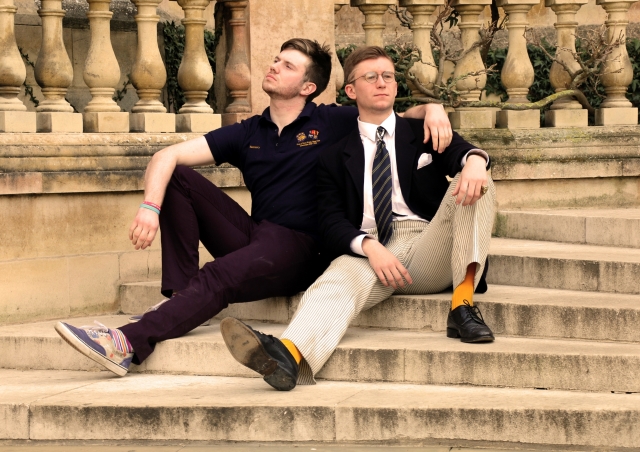 Look how fetch the one on the right is with his blazer.

DON’T wear a blazer if you haven’t earnt the right to. Athletes work damned hard to earn the right to their blazer. If you don’t have the right to wear one, don’t. Just like women’s orgasms, it’s meaningless if it’s faked, and you shouldn’t feel like you have to put it on just because you think it’s expected of you.

DON’T wear a skirt or dress that finishes above the knee. True, this isn’t the Stewards’ Enclosure at Henley, but there’s no kneed to lower your standards.

DO wear your club’s boater hat. Attending social events like these is a lot like applying a condom; aim to keep the head covered. Don’t get these two things confused, though, boater hats are not effective contraception.

DO drown yourself in Pimm’s. Do, however, remember that your guilty pleasure is not “The Spice Girls”, or “bestiality”, but rather gorging yourself on Pimm’s whilst people sleep on the street tonight. 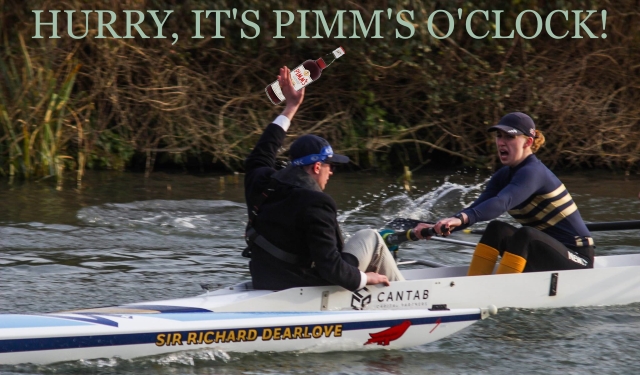 Alcohol is the only reason to row.

DON’T refer to it as “The Boat Race”. Firstly, the event is held in honour of Cancer Research UK so it’s nice to mention it. Secondly, and more importantly, there are two races; one for the women, and one for the men. Feel free to leave your patriarchal views at home (it means you’ll have more space for Pimm’s in the hamper).

DO know whether you are “light” or “dark”. If you don’t know because you haven’t seen anyone wearing light blue ‘varsity stash around Cambridge, you either go to a terrible college or spend too much time in the library. Both are a waste of your time at Cambridge.

DO know the course. At the very least, you should know that it runs from Putney to Mortlake. This is what makes the Championship course so difficult – one does not simply row into Mortlake. 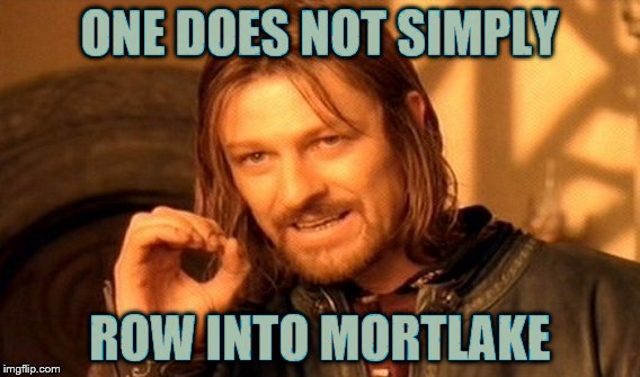 Especially in 1912, when both boats sank.

DON’T be rude about the spares. They’ve worked just as hard as the Blue Boat; if you’re looking to jeer someone for not working hard, keep an eye out for dark blades.

DO know that Cambridge is winning. The women lead 41 to 29 over O*ford and the men 81 to 79. Imagine Cambridge is Mr Grey, and O*ford, Anastasia; we’re dominating. Please note, however, that both universities consent to take part in the races, unlike in E. L. James’ romanticised rape shiterature.

As well as the DOs and DON’Ts of the day, here are a few words you should learn to recognise.

2K – A time representing how quickly one can erg 2,000m on an ergometer. Be wary of those who constantly talk about how big theirs is; it’s more about what you do with it (on the water, that is).

Blade – The races are indeed in London, and there will be lots of hoi polloi about, but this refers to oars, not knives. 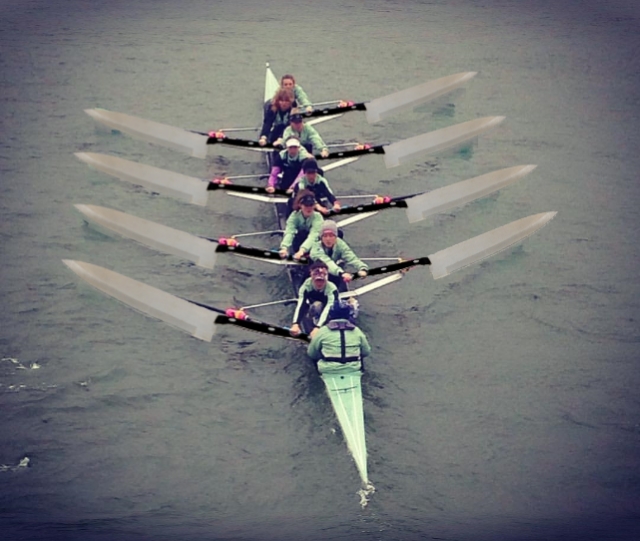 Sharp catches from the lightweight women there.

Bumps – A short name for “The Bumping Races” which are held at the end of Lent and May term on the Cam. Make sure you at least know how well your college did this term, unless you come from Queens’; it’s much easier to say “I can’t remember” than “embarrassing uberspoon”.

Cox – The person who sits at the back of the boat coordinating the rowers. As much as you think Cambridge is full of immature public school boys, for once, the conversation is not about penises.

Crab – The event in which one’s blade becomes stuck in the water. This can happen even at this level of rowing, e.g. the 2014’s men’s race. We prefer not to mention it.

Filth – The correct term for O*ford.

GDBO – stands for “God Damn Bloody O*ford”. You should be saying this a lot; unlike when giving to charities, do not do so sparingly.

Lightweight – A category of rowing where there is a weight limit on the rowers. Please feel free to invent your own cliché pun about people “being lightweights”, because I can’t be bothered. 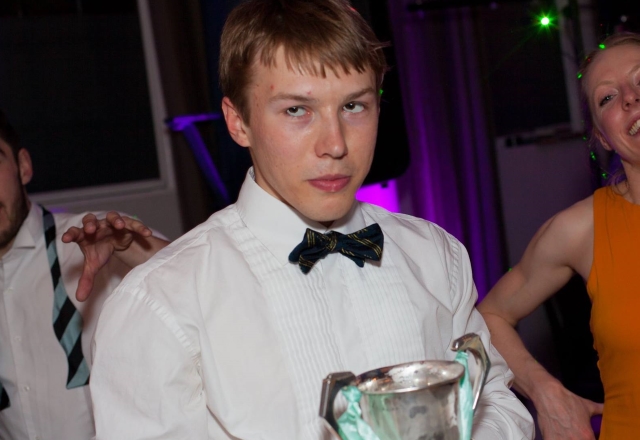 Sweeping – The type of rowing you will see in the races, with only one blade per rower. Those from lesser colleges (without the wonder that are bedders) may confuse this term with something one does with a broom. I would explain more, but thankfully do not know much myself.

Trenton Oldfield – man who jumped in the river. Try and put as much disgust into his name when saying it as you would the word “plebeian” (if you don’t vitriolically pronounce the latter word anyway, how did you even get into Cambridge?).

Hopefully after reading this guide, you’ll be able to, at the very least, pretend you understand rowing.