The actor, not the fictional character

The Union have released their Lent 2016 term card – with 13 speakers, nine debates and various other events.

Perhaps the highlight of the term card is Calvin Klein on the 12th of February. Award-winning fashion designer, underwear extraordinaire and general idol, he really is the full package. 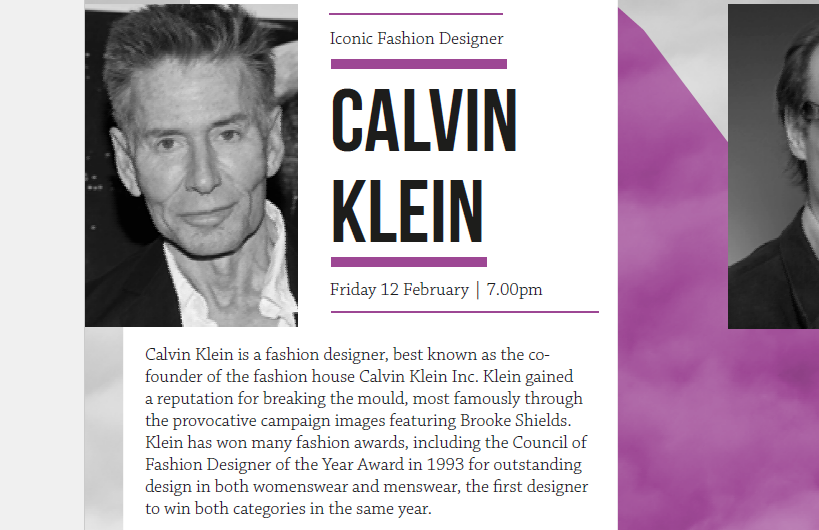 Mark Hamill will be also be speaking this term – apparently he was Luke Skywalker – as well as Leona Lewis, X-Factor winner, Bleeding Love pop singer and animal rights campaigner.

Debates include topics on the sexualisation of the music industry, whether or not recreational drugs are worth the risk, relations with Iran – featuring an Iranian Crown Prince – and, of course, love.

A personal highlight for fun-loving Cambridge students will be the “Site Development Public Consultation” from 10am to 6pm, late January to early February. It will be a discussion regarding upcoming building development and submission of planning applications. Riveting.

There is also a LGBT+ speed dating night; in what is probably a first, to take part you must be “open to being in an ethically non-monogamous relationship”.

The Union will also be hosting some REAL LIFE politics. In their Democratic Primary, any American citizens who are eligible to vote for the US Democratic Party’s presidential nominee can place votes that will actually be counted in the poll. Who will it be? Hillary or Bernie?  Union President James Hutt told us that the Cambridge chapter of Democrats Abroad asked the Union if they could host a primary. He also assured us that had the Republicans also asked he would have obliged. 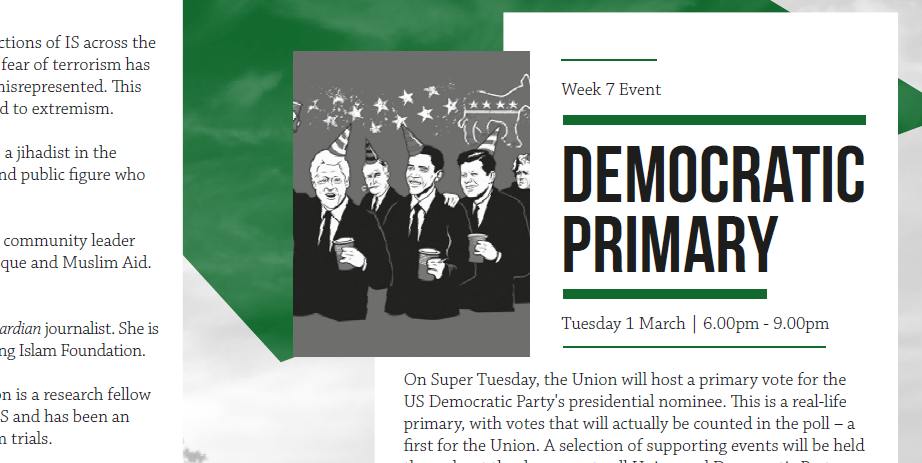 BUT WHERE IS THE REPUBLICAN PRIMARY?

Comedian Stephen Merchant will also be speaking at the Union on the 26th of January. Having worked closely with Rickey Gervais on The Office, Extras and The Rickey Gervais Show, Steven is also famous for his stand-up comedy and appearances in numerous films including Hot Fuzz and I Give It a Year.

Nobel Prize-winning geneticist and cell biologist Sir Paul Nurse is speaking on the 10th of February. He is the Director and Chief of the Francis Crick institute (a biomedical research centre) and is former president of the Royal Society.

New Union president James Hutt told The Tab that “We’re all looking forward to a brilliant term with a few old Union favourites returning as well as the introduction of Members’ Discussion Groups, a new debate format for the Mental Health discussion and a chance to get involved with the US Presidential election on Super Tuesday.

“A huge number of people have worked together to put together this term card – more than ever before – and on behalf of members I’d like to thank all of those people for making this such a brilliant and varied term.” 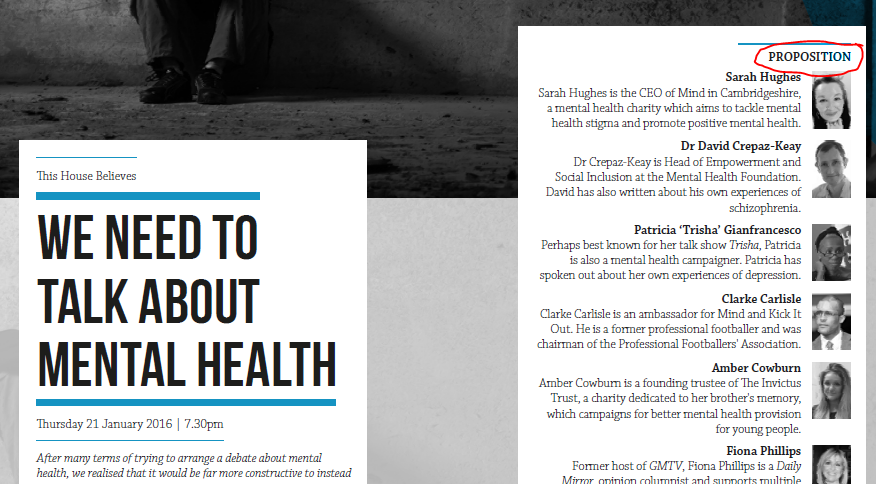 The mental health motion only has a proposition

“I’m really excited for the Mental Health event in week 2, and the event with Luciana Berger, Shadow Mental Health Minister, the day before. I think that discussion has the potential to be one of the most powerful and important that the Union has put on in my time at Cambridge.

“For me, the other debate I’m particularly looking forward to is the Iran debate, with the former Crown Prince coming, which could hardly be better timed. Similarly the Director of UNESCO, Irina Bokova, is a massively influential player on the world stage and is in the running to be the next Sec Gen of the UN, so that will be a particular highlight!”

Joshua Ellis, Union speakers officer says: “From the man who blew up the Death Star, to the Director-General of UNESCO, there is truly something for everyone this term. Just a few highlights are Calvin Klein, Stephen Merchant, and X-Factor winner Leona Lewis. Some people wait a lifetime for moments like this.

“I was in Harvey Nick’s sale when Calvin confirmed; I went to buy a pair of boxers to celebrate.”