Will it be the Mitchell brothers or the Kray twins?

The Union have stepped up security after it emerged that negotiations with guest speaker George Galloway included an agreement that “the event would not be disrupted by anyone seeking to make a political point.”

Galloway is a former Respect MP for Bradford West and he is known for his passionate and antagonistic opposition to the state of Israel.

He is due to speak at the Union on Monday afternoon but he is determined to avoid a repeat of his trip to the Oxford Union in 2013 when Jonathan Hunter, a second-year student, alleged that Galloway was racist and unfurled an Israel flag.

Mr Galloway said: “Don’t come any closer, I’m feeling threatened by you. What’s that up your jumper?”

“It’s an Israeli flag, I’m an Israeli,” the student replied. “I don’t debate with racists.” 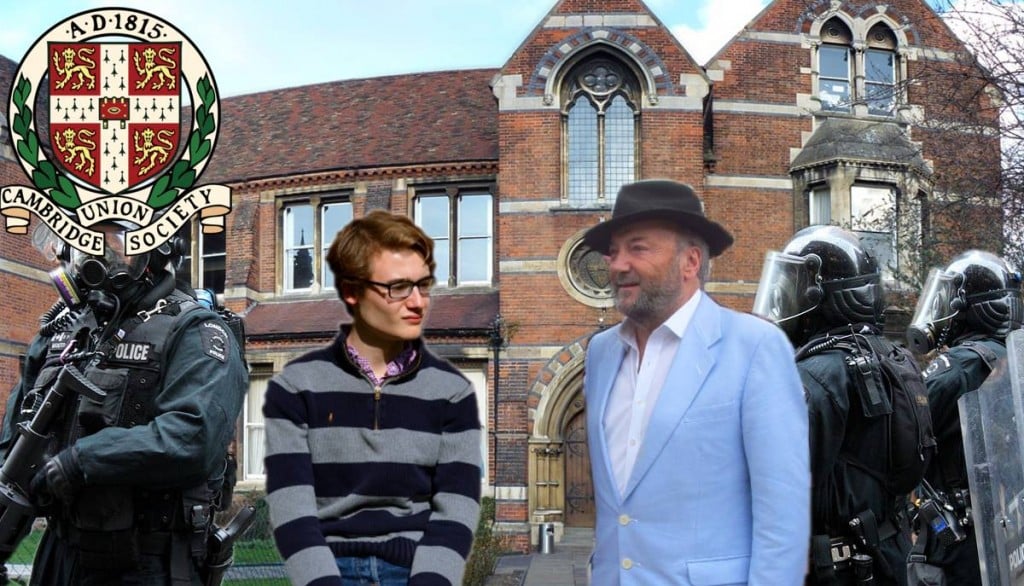 An artist’s rendition of the upcoming event

It followed previous controversy in February 2013, when he provoked a furious response when he walked out of the Oxford Union after refusing to debate with Israeli student Eylon Aslan-Levy. As the student began his speech, Galloway grabbed his coat and was reported to have said: “I don’t recognise Israel and I don’t debate with Israelis.”

Union sources let slip to The Tab this week that extra security has been taken out to ensure Galloway’s safety.

On Sunday evening, the Union declined to respond to our questions as to quite how they intend to police the session so as to ensure that an event with a politician passes by without “anyone seeking to make a political point.”

We presume it may involve some big, scary bouncers but that remains unconfirmed.

The debating chamber also failed to answer our query as to whether an Israeli flag, for example, would be allowed into the chamber. 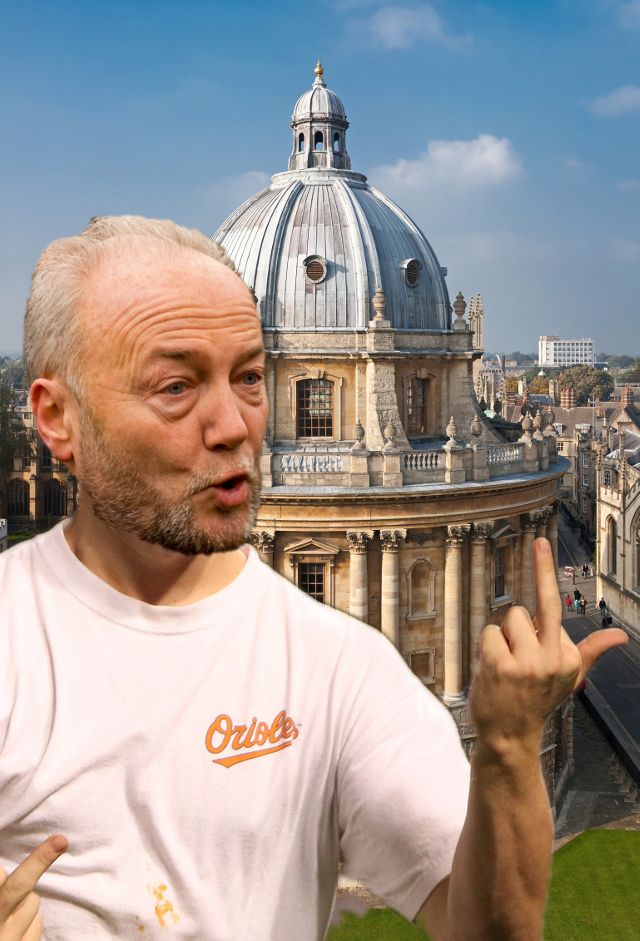 An artist’s rendition of his walkout at the Oxford Union

The Tab first contacted the Union on Friday evening, when a spokesperson simply said: “The Union doesn’t comment on the specifics of security policy. All necessary steps are taken to ensure the safety of our speakers and our members.”

A spokesman for Galloway insisted that he did not request the “additional security.” However, he did confirm that as part of the negotiations to ensure Galloway’s visit, the Union agreed “the event would not be disrupted by anyone seeking to make a political point.”

Galloway’s assistant Rob Hoveman added: “We have made no request for additional security for the event on Monday. We did ask that the Union give us assurances that the event would not be disrupted by anyone seeking to make a political point and that anyone wishing to raise hard questions would do so in an orderly manner. The Union was happy to give us those assurances.”

Galloway will address the Union at 5pm on Monday evening.

The discovery was made during ongoing excavation at the College, ahead of the construction of their new accommodation block

Her ‘retirement present’ of £80,000 will pay for the £10,000-per-year living costs of two students for the full duration of their course

Quick and easy dinner recipes to fuel that big brain 😉

The trip will run from the 3-11th December this year