A pair of freshers from Cambridge’s most imposing colleges go behind enemy lines. Read on for lobster, Life and larks. 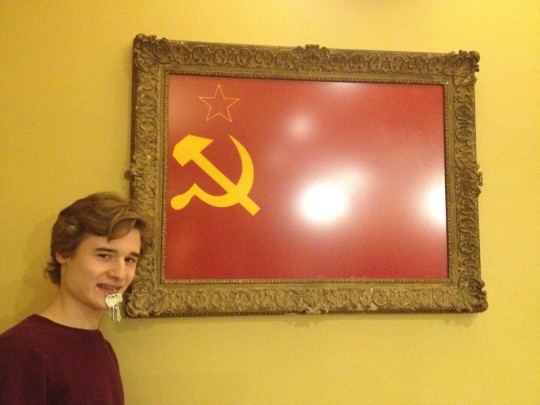 Some sort of ketchup and mustard drawing

What were you expecting?

Well, as a Johnian with a plummy voice wearing the skinniest of skinny jeans, I was obviously expected to be welcomed with open arms before being handed a Conservative party membership form.

They were a diverse bunch. Not one of them was ‘normal’ – praise Jesus. All of them were lovely, and all had their own ‘thing’.  One of his friends was described as a prolific sex story spewer, which I laughed at half-heartedly. However, when she started telling me about how her desk was beginning to wear down from the “sheer force of post-Cindies shagging”, it became clear that Jack’s description was pretty accurate.

How was the Food at Kings?

Due to a slight miscommunication, I didn’t actually end up eating Kings food. I therefore assume the best.

What was the weirdest thing that happened to you?

I ended up eating microwaveable couscous on the floor of Jack’s friend’s room, whilst discussing the unfortunate incident one of his friends had found himself in, whereby he had struggled into an uncompromising sex position and had promptly shat himself. As one other person in the room nodded at the story, I am going to assume it was 100% fact.

Oh, and an HSPS friend of Jack’s said he couldn’t come to the Bar because he had too much work. That was weird.

How was the room?

Jack is an arabic student. Which I had forgotten by the time I got to his room. Therefore I was, for a moment, very concerned by the arabic scrawled across the wall, and the books on the Iranian revolution. The mainstream media led me to assume that Cambridge was harbouring an Jihadist extremist outreach program. (Let’s be honest, stranger things have probably happened at Kings). What rating would you give the other person’s friend(s)?

10 / 5 (There is every possibility I will see these people again.)

What were the best things at Kings?

The bar is pretty good. I managed to order quite a few drinks just by pretending to be Jack (his card was broken). Even though he was listed on the system as John (I assume his actual name), the bar lady still assumed that I was indeed who I said I was, and that I had somehow forgotten my own name.

What is the worst thing about Kings?

Judging my the media attention it got, I assumed that the Soviet Flag was going to be the size of Senate House and protected by the ghost of Stalin himself. In the end, I was disappointed.

How would you rate Kings out of 5 stars?

Kings people are pretty intense. In a good way. I also got given a free bottle of champagne outside Life by a very attractive sportsman, so the evening did just keep getting better. However, my friends back at College informed me that Jack was quite similar to me, but less annoying. Nice to be missed. 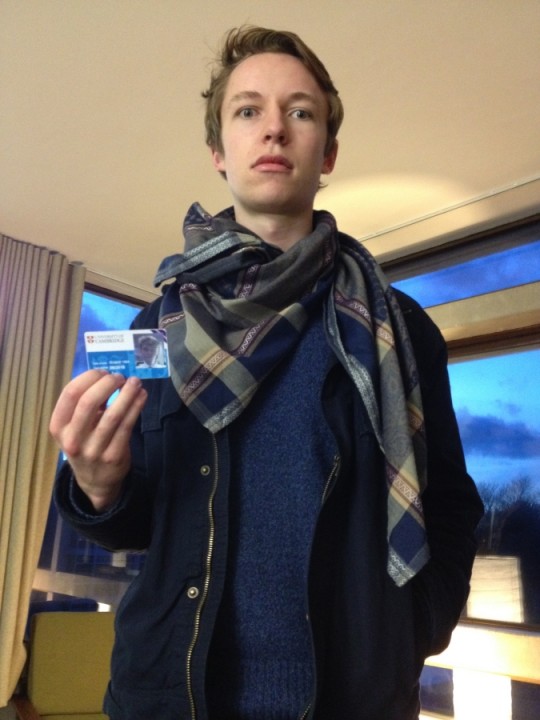 What were you expecting?

Well I’m not sure how you want me to answer this one, Tab. I’ve been to t’other place and it wasn’t great.  So John’s was not going to have to do a lot to outdo Oxford. I’d heard they throw a passable May Ball. Wills pops in now and again. And they save baby otters.  With these credentials, reader, I knew I’d be in safe hands.

I’d been warned by my King’s compatriots to expect sherry-sipping, caviar-nibbling aristocrats, clad in the latest [insert any overpriced public school brand but probably Jack Wills] clothing.  Of course there’d also be a couple of rugger players standing at the main gate with cricket bat in hand to bat away any marauding peasants foolish enough to stray into the confines of John’s.

This is the awkward bit, going against the grain of almost two terms of King’s conditioning: they were lovely. Honestly. None of them seemed particularly fussed about poor people. And I wasn’t even stopped at the gate by anyone asking to see my latest bank statement to check my financial acceptability.  It’s almost as if they were actually human.

There are some cultural differences, however.  King’s is ever so slightly more left-wing than John’s. During pre-swap, ahem, ‘lad’ prinks, I met the guy who told a TabTV camera that you won’t find poor people at John’s – “it’s openminded because it’s the only college where voting for the Conservatives and UKIP is ok”.

How was the Food at John’s?

I dined on lobster in the buttery at John’s. I kid you not. While struggling to contain my nervous excitement at the thought of eating this rare delicacy in John’s (cliché of clichés), I hadn’t actually bothered to look at my plate.  You can imagine my crushing disappointment when this is what stared right back up at me. 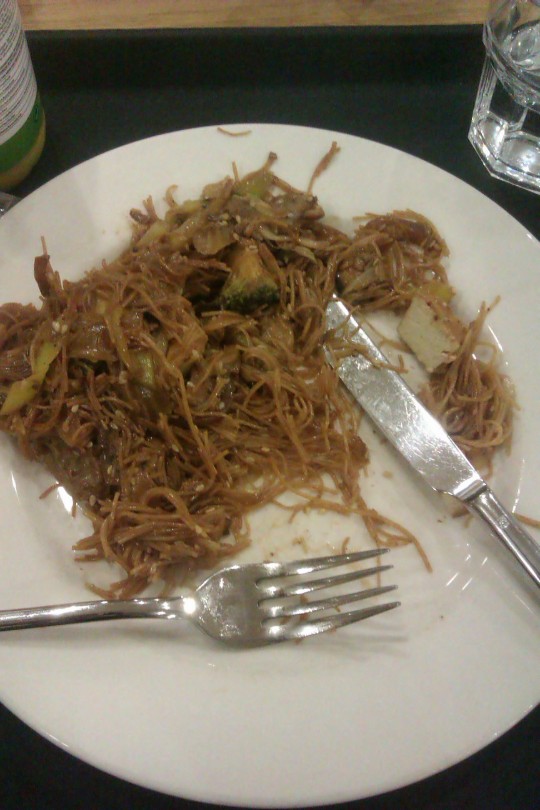 Lobster à la what the fuck

What was the weirdest thing that happened to you?

I spent a long time figuring out why the lights wouldn’t work, so I cowered in darkness for a good half an hour.  Then inspiration eventually decided to strike: the card slots into a reader like in hotels… I also witessed a Neknomination (yes – John’s too has fallen prey) that used a bottle of port. Port.

What rating would you give the other person’s friend(s)?

How was the room?

It must be said that half the college was a building site. 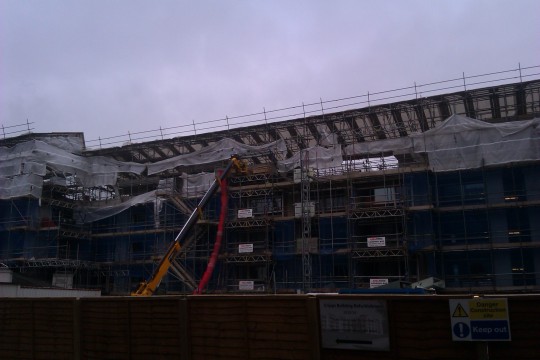 What was the best thing at John’s?

First-year accommodation is surrounded by moats.  Although, the drawbridges turned out to be permanent, bog-standard bridges.

What is the worst thing about John’s?

Explained to me in the first five minutes: “If you spent a little more time here, you’d eventually get used to the hatred you get as you walk out the front gate.  We used to think ‘What the fuck?’ but now we just laugh – I genuinely think they’re jealous.”

How would you rate John’s out of 5 stars?

I can still taste that bitter disappointment which was the, erm, ‘lobster’.  That eats up at least one star.  As someone pointed out to me, there was a faint whiff of commoner, so that probably ought to take it down another star.  The college Chardonnay, too, was not up to scratch. Johnians themselves, though, were, I suppose, ok.  Which I reckon puts John’s on a 4.

Alas, I’m not optimistic about a blossoming cultural understanding between our two fine institutions as long as John’s votes UKIP and King’s pursues its Marxist leanings.

‘Essentially, we are saying to the University: stop being evil.’

But don’t worry, Wilko will probably stock it

There’s more to watch than The Help

‘We cannot and will not wait any longer’

‘I apologise unreservedly for the offence it caused’

Here are the places you can get your hands on those sweet £4 pints we’ve been missing!

Swapping a graduation hood for a lockdown beard, and May Balls for socially-distanced BBQs

Meet Loud and Clear: The project challenging the culture around sexual assault