Always a fan of Clare, Leaf gives this lunch 4 stars

I’ve always had a thing for Clare.

The first time I saw the college, as an alabaster-limbed six-former drifting around Cambridge on an open day, I was floored by the yolkiness of its bricks. Such deft cornices! Such sobriety of stonework! Such crinkle-shirted undergraduates, talking, chortling, succeeding!

Having applied to Magdalene after a stonking tour where they pelted me with free sandwiches, I was looking forward to revisiting my first love. Initial impressions of the hall were great – it’s old and oaken, slighter than Trinity’s dining room, but more elegant. I was informed that one could either ‘take a light luncheon up here’ – soup, baked potatoes, salad, cake – or hit the real deal downstairs, where the hot plates were served in a cafeteria-style eathouse. 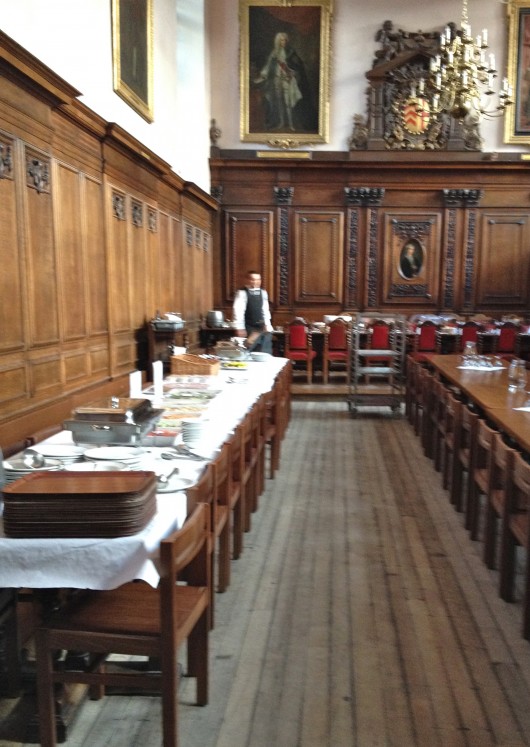 We did both, getting the breaded chicken fillet with potatoes from the basement and a salad from upstairs. The meat was banging – crusty and spicy in its herbaceous jacket, but succulent on the inside. The potatoes, on the other hand, were bizarre – hovering gracelessly between dauphinoise and straight-up boiled, though carby and hot, so fine. 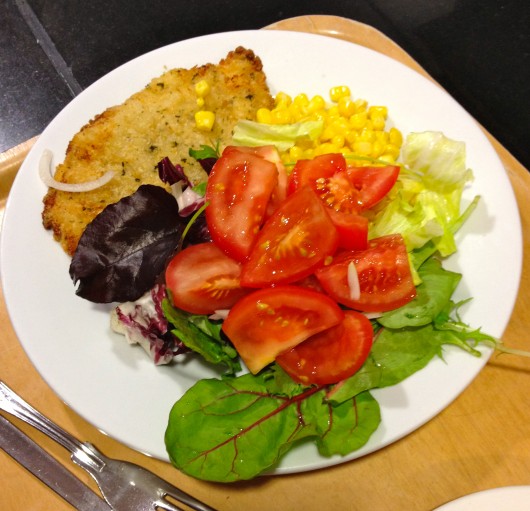 My salad was extraordinarily good; mostly, I suspect, because it was unclear what I was having – there was definitely feta involved, and possibly also spinach, couscous, raisins and chicken. As they’d judiciously left no signs by the salad bowls, it was surprise city.

Pudding was a success, too, comprising an apricot and honey cake with custard. The sienna top packed a fun crunch and while the custard could have done with extra heat, as I’d left it on the side while I demolished my mains, I only had myself to blame. There was also a respectable range of other desserts on offer, including Fab ice creams and organic yoghurts. 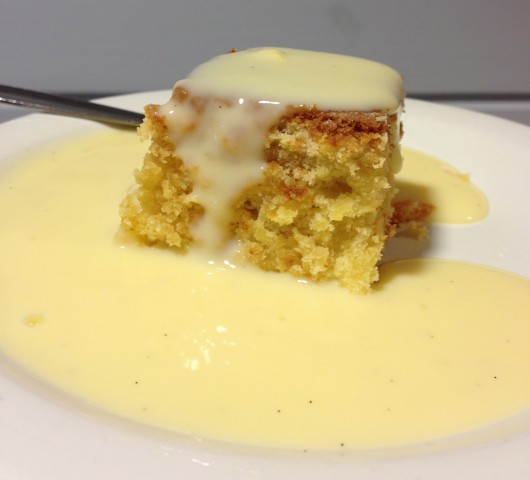 Honey I shrunk the pudding

So overall, it was a bloody great meal. On their own, each of the elements would have left me underwhelmed and peckish – together, they sang like cherubs. While Clare’s food is unmistakeably canteen-y – being neither experimental nor locally sourced – it does the job, filling the stomach and jollying the cheeks. I returned to Magdalene cursing the day that I’d let their free sandwiches win my heart.