PICK ME UP: A Sketch Show

HANNAH MIRSKY is charmed by this fantastically funny show which is clever without shoving it in your face. 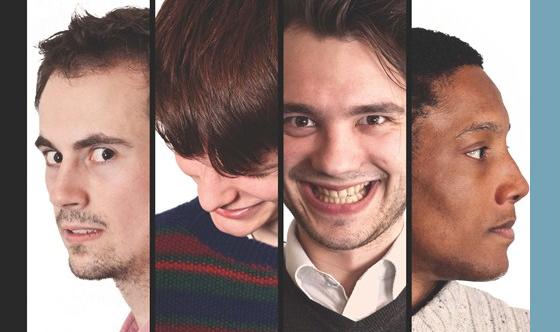 Train crashes. Child abduction. Sexual assault. Corporal punishment. Marriage wrecks. Regicide and conspiracy. Welcome to the world of Pick Me Up, one of the funniest shows you’ll see in Cambridge.

Perhaps ‘sketch show’ isn’t quite the right phrase to describe this production. It’s made up of sketches, certainly, little vignettes of absurd but surprisingly gentle comedy. But the sketches link together, the threads are picked up. A story is slowly, but compellingly, developed. Cambridge comedy has a tendency to play off the academic intelligence of its audience, to write ‘clever’ jokes which involve fast wordplay and erudite references. Thanks to its structure, Pick Me Up is some of the cleverest comedy I’ve seen, and it references the Mario Brothers and Jacqueline Wilson. It even manages, using this structure, to weave in cultural satire (a Radio 4 broadcast about slavery in which the actors keep reminding each other whether they’re playing black people) and moments of genuine pathos (which I won’t give away) among the belly laughs.

Because there are belly laughs – it’s belly laughs galore. I might have given the impression that this show is very dark, or too clever-clever: poncey theatre dressing up as comedy. It’s not. It’s really really very very funny. There are punch lines (‘Is that a bald eagle?’ ‘No, that’s just a bald man.’); absurd situations (gang crime between the bees and the wasps); and comic characters (Wormlips, the hunchbacked Welsh crony of a king). There’s a fantastic send-up of the kind of awkward jokes people make on quiz shows. None of the sketches ever fall flat – the audience were laughing throughout. At one point, the performers did end up laughing with us, but they carried on professionally, and, to be honest, it only made you like them more.

But the most impressive thing about this show that combines violence, pathos, a clever structure, and such a rich variety of comedy is that you don’t notice any of this. The jokes are so good, the delivery so professional, the way it’s put together so deft, that you’re entirely drawn in and laughing along. In spite of the dark subject matter, I wouldn’t call this dark comedy (though a sketch where someone pulled his own teeth did make me squirm).

It is, on the whole, a light-hearted show, delivered with the lightest of touches, and you have to wait until afterwards, when you’re walking home, to realise just how clever it was. Go and see it, and don’t bother drinking beforehand. Go and see it, even if you’re going on your own. If, in a fit of lunacy, you choose not to see it in Cambridge, they’re taking it to Edinburgh: go and see it there. This show is too good to miss.