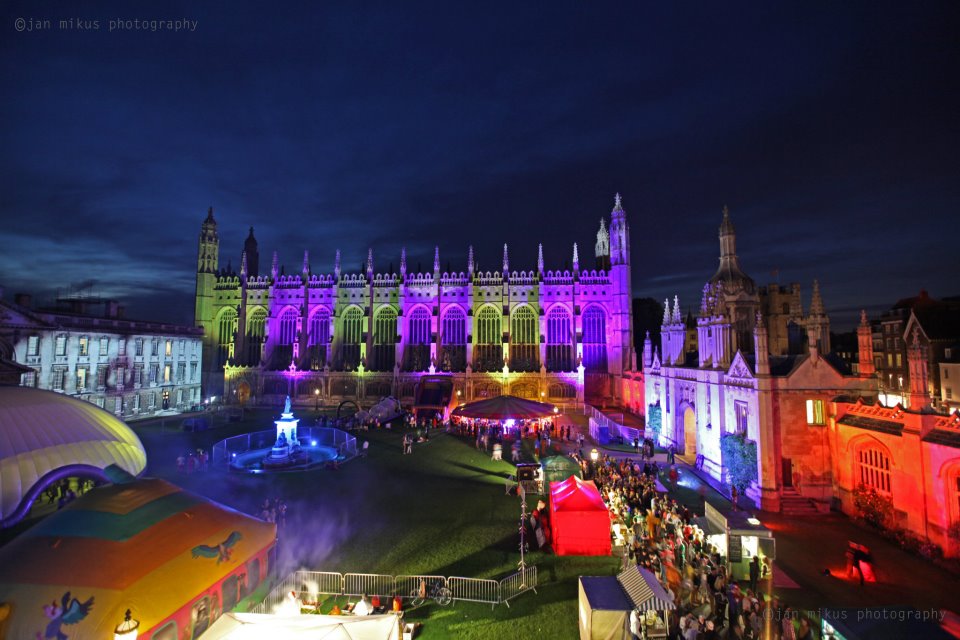 Leaks, line-ups and rumours: you’ll find it all here in the The Tab’s May Ball Blog 2013.

With exams looming large, allow The Tab to lift your spirits with the return of our May Ball blog. Rumours are flying around faster than Harry on his Firebolt™, but don’t worry: we’re on hand to keep you up to date.

For a rundown of what’s happening and when, check out our May Ball Guide.

If you have any info you’re keen to share, or have heard any rumours, let us know at [email protected], and don’t forget to get involved in the comments sectionbelow.

A message from Catz ahead of THIS EVENING’s June Event:

We are happy to announce that London band The Carnabys are going to be performing at the June event.

They recently beat off competition from 12,000 other bands to win the international Hard Rock Rising battle of the bands, and the week after the June Event will be playing with Bruce Springsteen and Kasabian at the Hard Rock Calling festival.

Joining them will be brilliant cover band The Bees, as well as a host of the finest musical talents to come out of Cambridge.

It has just been announced that Beardyman, the notorious beatboxer, will play a late night set at this year’s Queens’ May Ball.

Beardyman will join the earlier announced headliner Bastille. Other acts that will appear include The Other Tribe, The Boy With Tape On His Face, Abandoman, Denim and musical comedian Earl Okin.

It has also been announced that a new bridge, the ‘philosophical’ bridge, will straddle the river between the Grove and Erasmus Lawn.

Corpus Christi have announced their headline acts at this year’s May Ball next Friday: Mercury Music Prize winner Ms Dynamite will head the stage, accompanied later on in the evening by The Correspondents, Akala, DJ Luck and Mc Neat.

More details, and the opportunity to relive Ms Dynamite’s classic tune, can be found here.

Robinson have announced that their headline act at this year’s May Ball has had to be changed.

A statement from the Ents committee reads: “Unfortunately, despite having been paid and contracted, one of the headline acts of the Robinson May Ball, Man Like Me, have withdrawn from the ball with only a week to go. We were not given a firm reason for this, only that it was due to ‘other commitments’.”

A quick look at the band’s Twitter page suggests that Robinson have been shunned for a gig in Dalston on the same night, June 14th:

All is not lost, ballgoers: the committee have announced that The Pigeon Detectives will now be the headline act at the event. Fair play to them for finding a replacement so last minute.

Downing have announced the lineup for their Eastern Odyssey on June 18th.

Indie five-piece Dog Is Dead will take to the main stage alongside 90s one-hit wonder Toploader.

Also joining them on the night will be We Were Evergreen and Cambridge alumnus Kyla la Grange. More info here.

Trinity Hall have announced their full lineup. The already leaked Jack Beats will be joined by:

‣ Clean Bandit (who are also playing at Robinson)

Clare have announced all three of their three May Ball headline acts. Swing/hip-hop duo The Correspondents will light up the main stage, accompanied later in the evening by King Charles.

The London-based singer-songwriter clearly enjoyed his set at Tit Hall June Event last year, as he returns to Cambridge once again later this month.

The Futureheads complete the lineup for the May Ball, set for June 17th.

Robinson have just released their May Ball lineup.

North London trio Man Like Me will be headlining the main stage, with Cambridge grads Clean Bandit accompanying them on June 14th.

After graduating in 2011, the group have found recent fame with the single ‘Mozart’s House’, which peaked at #17 in the UK singles chart in March of this year.

Reggae-dub sound system Mungo’s Hi Fi completes the lineup, in what is sure to be an energetic set at the event, themed The Great Exhibition of 1851.

The Magdalene May Ball Committee have today announced acclaimed London indie pop rock duo the Noisettes as their headline act.

The band, perhaps best known for their hit single Don’t Upset the Rhythm, have been described as one of the rowdiest acts on tour by Rolling Stone magazine.

They will be joined by up-and-coming electro-pop band Duologue:

Award winning comedians Henry Paker, as seen on Russel Howard’s Good News, and Adam Riches will be performing sets, too.

Emma have announced their May Ball lineup.

Londoners Spector will take to the stage as the headline act, complementing the Last Call to London theme of the event. They’ve been dubbed as a cross between the Strokes, the Killers, Kanye West and Frank Sinatra…

Jesus have announced their May Ball lineup.

Headline act Maverick Sabre will be accompanied by headline DJ MistaJam on June 17th. The former is best known for his 2011 chart single, ‘Let Me Go’.

Accompanying them will be comedian Chris Ramsey, the Correspondents and the popular Riot Jazz brass band.

Rumours have emerged this evening that Example and Basshunter will both perform at this year’s Trinity May Ball. The rumours have yet to be confirmed by a committee member – although our inside source is “100%” certain.

Both acts are touring the UK at the moment, lending some credence to the rumours, as does this tweet from Example himself:

From the horse’s mouth.

Jack Beats will perform at this year’s Trinity Hall June Event, The Tab can confirm.

The electronic duo leaked the gig on the tour dates page of their website – and Tab sources duly picked up the information late last night. 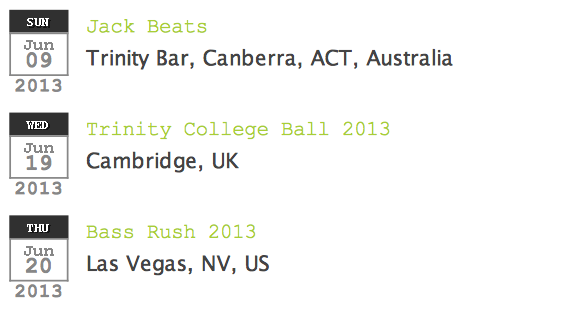 The eye of The Tab is ever watchful

Despite confusing Tit Hall with Trinity, intelligence inside the college leads us to believe that  the London pair will indeed be gracing the June Event that has boasted the likes of Nero and Benga in recent years.

Moreover, sources suggest that Jack Beats are not the main act. The Tab expects the headline act to be released in early June. Check back for more.

Bastille are the headline at Queens’ May Ball on June 18th. The centenary celebration looks to be the hottest ticket in town this year, a claim backed up by committee president Jacob Brubert’s promise that the band are just “one of several entertainment highlights“.

Meanwhile, Pembroke boast indie four-piece Everything Everything on the following evening. One impressed Tab commenter wrote, “Someone at Pembroke has excellent taste in music.”

It’s the 125th anniversary of John’s May Ball, and the committee are marking the occasion by giving one guest a free pair of tickets to the Commemoration Ball at New College, Oxf*rd, set for June 22nd.

John’s May Ball president told The Tab: “Highly sought-after and selling at £360 a pair, this is surely the closest The Other Place gets to a Johnian-quality ball.”

The randomly selected attendee will be informed a few days before John’s to make sure that they can attend, and for travel to be arranged for them and their chosen guest.