LEYLA HAMID and CHLOE COLEMAN are blown away by a sparkling production of Williams’ classic. 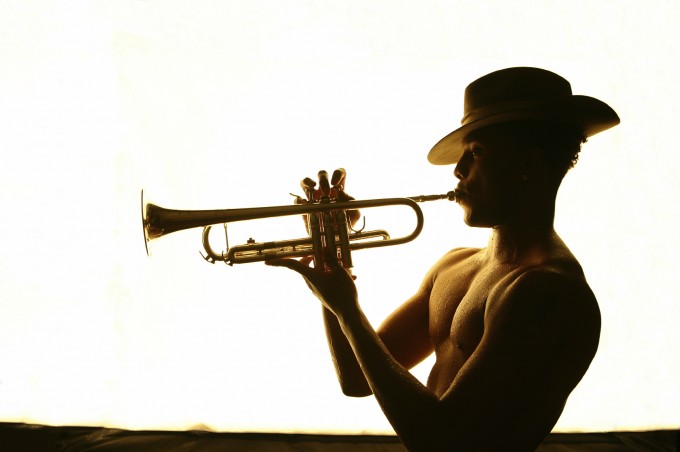 This was one hell of a performance. Entering the ADC was like stepping back into 1940s New Orleans, a street scene sparkling with vigour. Music from a live jazz quartet provided the perfect soundtrack for actors already very much in role, with one jubilantly selling ice cold cocktails (much to the delight of the audience…).

But this euphoric mood was not to last long. For those unfamiliar with Tennessee Williams’ classic tragedy, A Streetcar Named Desire tells the story of the fall of two Southern belles, Blanche and her sister Stella, one into dejected loneliness and alcoholism and the other into the arms of an abusive yet alluring husband.

True to genre, this play descends darkly into the realm of what happens when delusion is forced to give way to reality, leaving nothing but imagination. Despite this, there are several moments of unexpected comedy peppered through the play, which adds some light relief to an otherwise hard-hitting plot.

The actors pulled this off with admirable success, moving fluidly between moments of jocularity and gut-wrenching scenes of violence and despair. The audience was entirely in their hands: laughing, flinching and descending into silence when merited.

The acting of the entire cast was faultless. Accents, often a challenge in plays such as this, remained impeccable, and interlude scenes between minor characters played as much of a role in the production’s success as the main action. Tom Russell as Stanley was both enthralling and terrifying, utterly commanding the stage, whilst Victoria Rigby was everything you wanted from Blanche DuBois – flirty and charismatic, but devastatingly vulnerable. In the midst of such explosive characters, there is always the risk that the more placid Stella will fall into disregard, but this was absolutely not the case for Ellie Nunn, who demanded our sympathy without slipping into the melodrama of a tragic heroine.

While it is tempting to say that the strength of this play is in the acting, this is not strictly the case. It was the entirety of all the composite aspects of the production that elicited its success. The simple stage of the ADC was completely transformed into both house and street, with partitions which served to emphasise the cramped conditions and lack of privacy. Little things, such as lighting and scene changes, seemed effortlessly fluid and did not allow us any distraction from the drama on stage.

There’s no doubting that Streetcar is a familiar play, a household name which has graced many a stage. We know not to mess with such a classic, and sometimes it’s harder to do a familiar thing well than to risk ruining it with innovation for the sake of innovation. That said, this production did absolute justice to Williams’ tragedy, refusing to “redo” it and instead making it come alive.

In short, we came away from this production thoroughly impressed that a production with so many technical intricacies and complex characterisation could be realised in such a flawless manner. When you can’t even pinpoint a line blunder, you know a play is worth every one of its five stars and every member of the full house it received.