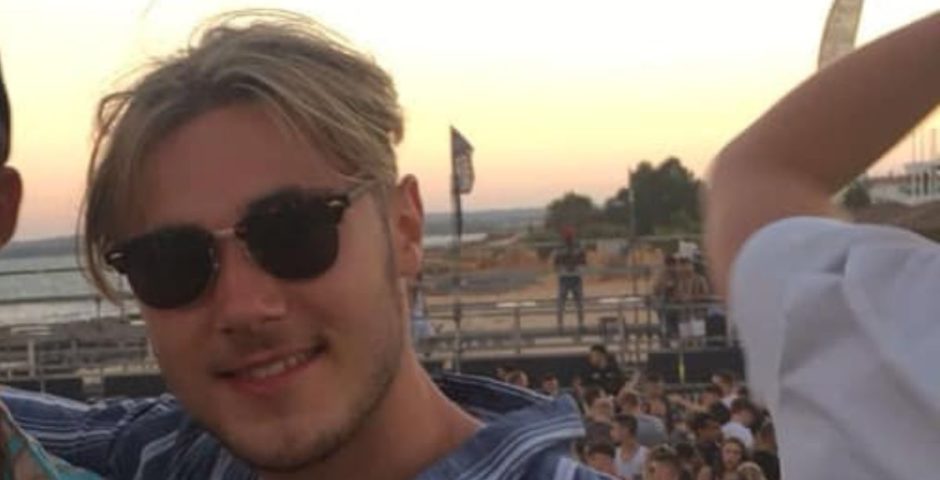 Jack Fenton was described as ‘the loveliest boy’

Tributes are pouring in for an Oxford Brookes graduate who died in a helicopter accident whilst on holiday in Greece.

Jack Fenton, 22 years old, had been on holiday with friends and had just disembarked a helicopter when he was involved in the tragic accident.

Since his death tributes have been pouring in for Jack from friends and family on social media:

‘He was the loveliest boy’

Jack’s sister Daisy who is a student at the University of Manchester shut down speculation surrounding the death of her “great” brother.

Daisy told the Telegraph: “None of these stories are true, it’s so foul. We don’t come from a really wealthy background. It was his first time in a helicopter on a holiday with friends. His family and me are all here in the UK. We were told by the police.

Daisy added: “He was honestly the loveliest boy. He was a bit on the shy side, everyone loved him because he was there for a chat, he was a family man. It’s such a shame – he was such a great boy.”

‘He was the most wonderful boy’

Jack’s mother Victoria, also commented on the circumstances surrounding Jack’s accident. She told the Daily Mail: “We only found out what happened at 10pm last night. We are completely devastated. He was the most wonderful boy.

“I think the pilot is in custody, but it was the most horrible of accidents by the looks of it. Jack had travelled to Greece with some of his friends, a couple who were celebrating birthdays out there.

“His family have stayed in Kent. We didn’t go to Greece. A father of one of his friends was with them.

“He had got off safely when it landed in Athens but for some reason went back behind the helicopter and it was the rear propeller which killed him. It was instant.

“He’d been out the night before but hadn’t had anything to drink all day yesterday except for water. He and his friends were all sober.”

‘He kept everybody positive’

Jack, an Oxford Brookes graduate, had reportedly been working as as a junior account executive at a social media marketing firm at the time of the incident.

A spokesperson for the university told the Oxford Mail: “It is with great sadness that we received reports of the death of Jack Fenton, one of our alumni. Our thoughts are with his family and friends at this very difficult time.

“Jack was a keen footballer and helped lead his team as vice-captain, keeping everybody positive and enjoying the opportunity to play, even in a Covid affected season. He continued to support the football club after his graduation as an active alumnus.

“Students directly affected by the news who wish to have emotional support from the university, can contact Student Support at [email protected]

“We would like to remind all students of the support services available to them, especially Togetherall which is a 24/7 online mental health platform.”

‘He was a very popular member of the community’

The headmaster of his former school in Kent has also paid tribute to Jack, describing him as “popular”.

James Thomas, headmaster of Sutton Valence School, said: “Our school was very sad to hear the tragic news about Jack this morning.

“He was a very popular member of the community, and we have sent our condolences to the family. Our thoughts and prayers are with all those affected by the incident.”