Two boys have actually gone and got ‘Brookes not books’ tattoos

Two Brookes students got matching "Brookes not books" tattoos on their thighs as a result of losing a game of Odds On.

It was apparently a "completely sober decision" and the decision to get the famous Brookes tagline was actually fairly planned out.

One of the boys told The Brookes Tab: "My mate and I got the tattoo together. It was a completely sober decision. We were walking past a tattoo shop and one of my mates said odds on one to 10 that he gets a tattoo, we both said 10 so we went in to get him one. While deciding what to get we realised how expensive it was in there so changed or minds and decided to get the same tattoo." 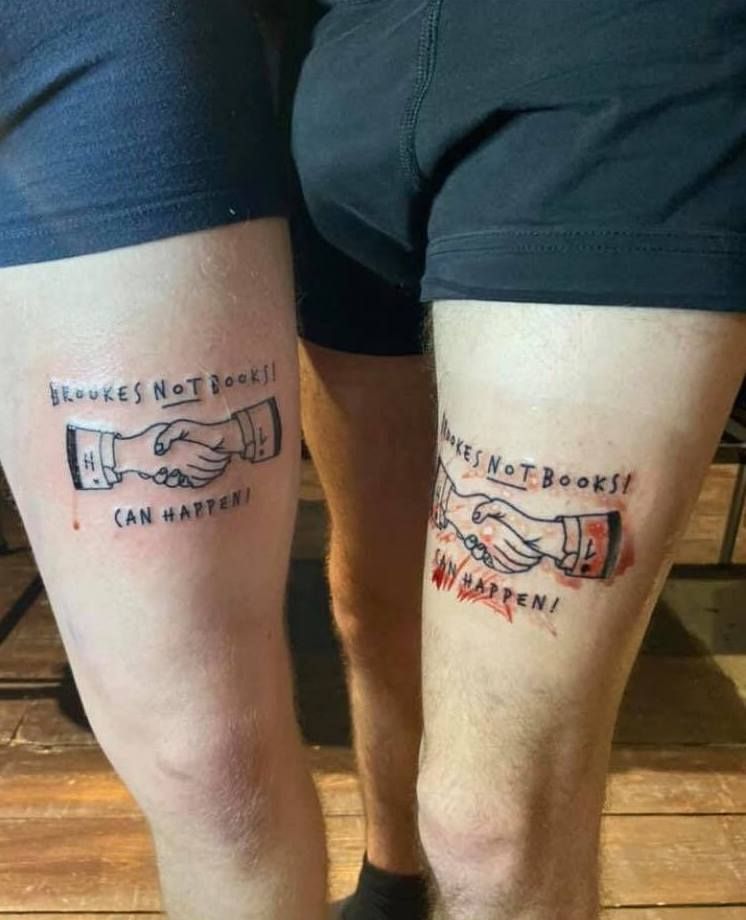 The tattoo reads "Brookes not books" above two hands shaking. It also has the phrase "can happen" beneath the hands.

The tattooed Brookes student said: "So we ran through a few designs and decided we wanted it to link to our friendship so we got the famous Brookes saying as that’s our uni, we got 'can happen' as it’s a phrase we always use, we got each other’s first initial, and the two hands shaking shows our friendship being connected." Very sweet.

What does "can happen" mean, though?

He said: "Can happen is simply as stated when you say something can happen, so if you go out for just a couple drinks and someone goes “Atik?” a fair response would be can happen."

Seems fair to get that tattooed, but nothing will beat the Brookes not books tagline. Well done boys.