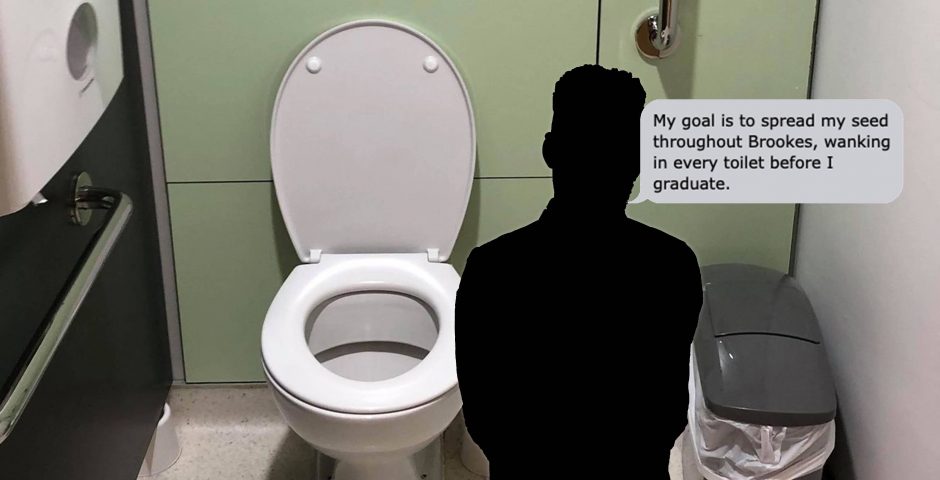 Keep an eye out in your lectures

A Brookes third year recently had a sexual awakening and has been getting himself off in various places all over the Headington campus.

He cant be stopped. He could be in any toilet cubicle at anytime just busting one out and you wouldn't know.

We sat down with him to get the tea – which toilets has he already soiled, where does he aim to wank and most importantly – why? Just why?

First of all, why did you decide to wank on campus of all places?

Who knows, maybe the lecturer is what inspired them… any bets on who?

How would you rate the overall experience?

So you plan on doing it again? Multiple times?

"My goal is to spread my seed throughout Brookes, wanking in every toilet before I graduate."

Everyone needs a hobby I guess. 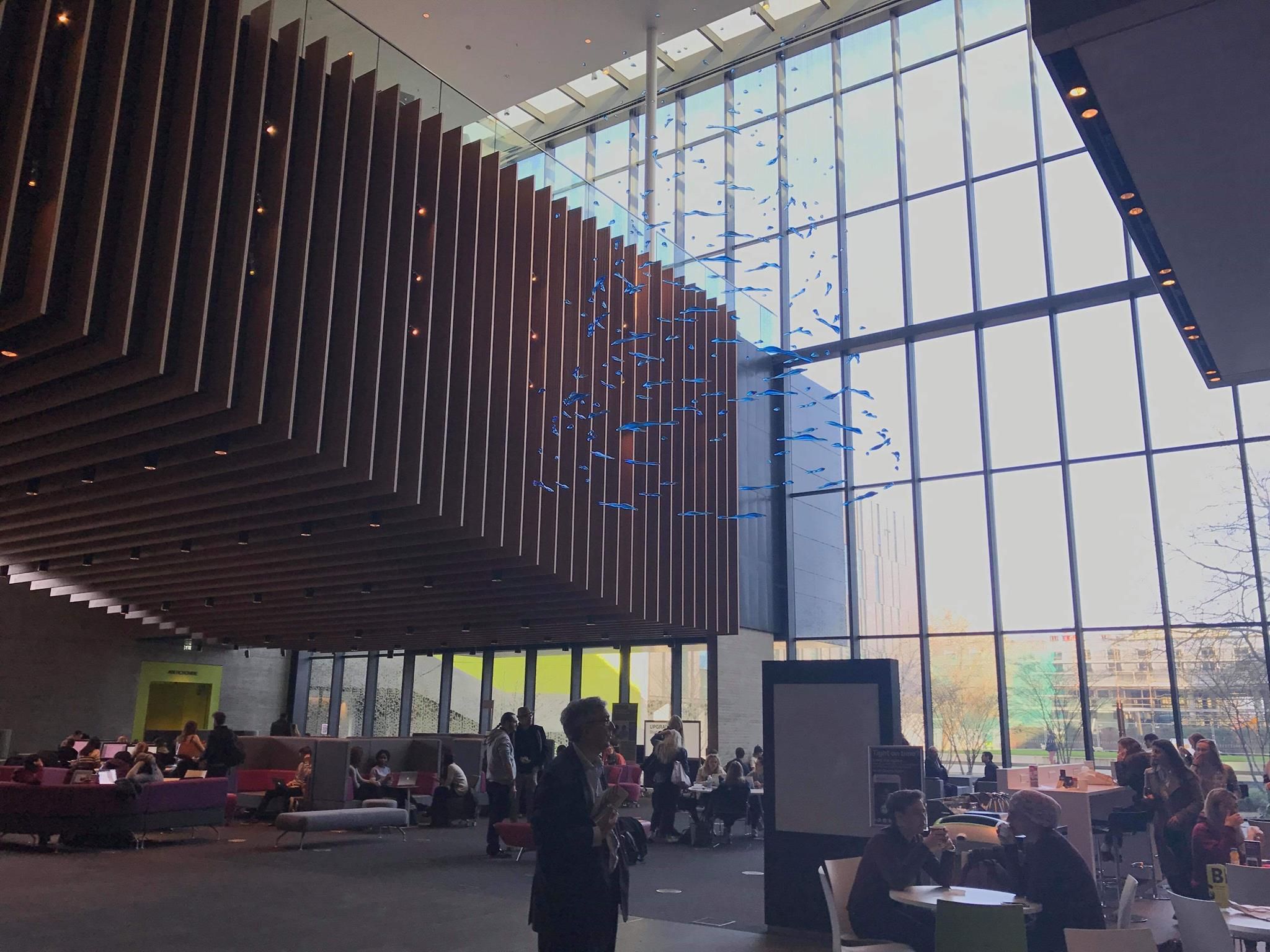 In which toilets have you actually done the deed on campus?

"So far I only really use Clerici and JHB as my main spots, they're the nicest buildings on campus."

Do you have any goal toilets to hit?

"Yeah, I actually do. I really want to try that ugly one near JHB out the back, It's dead in there so think I could go for longer." 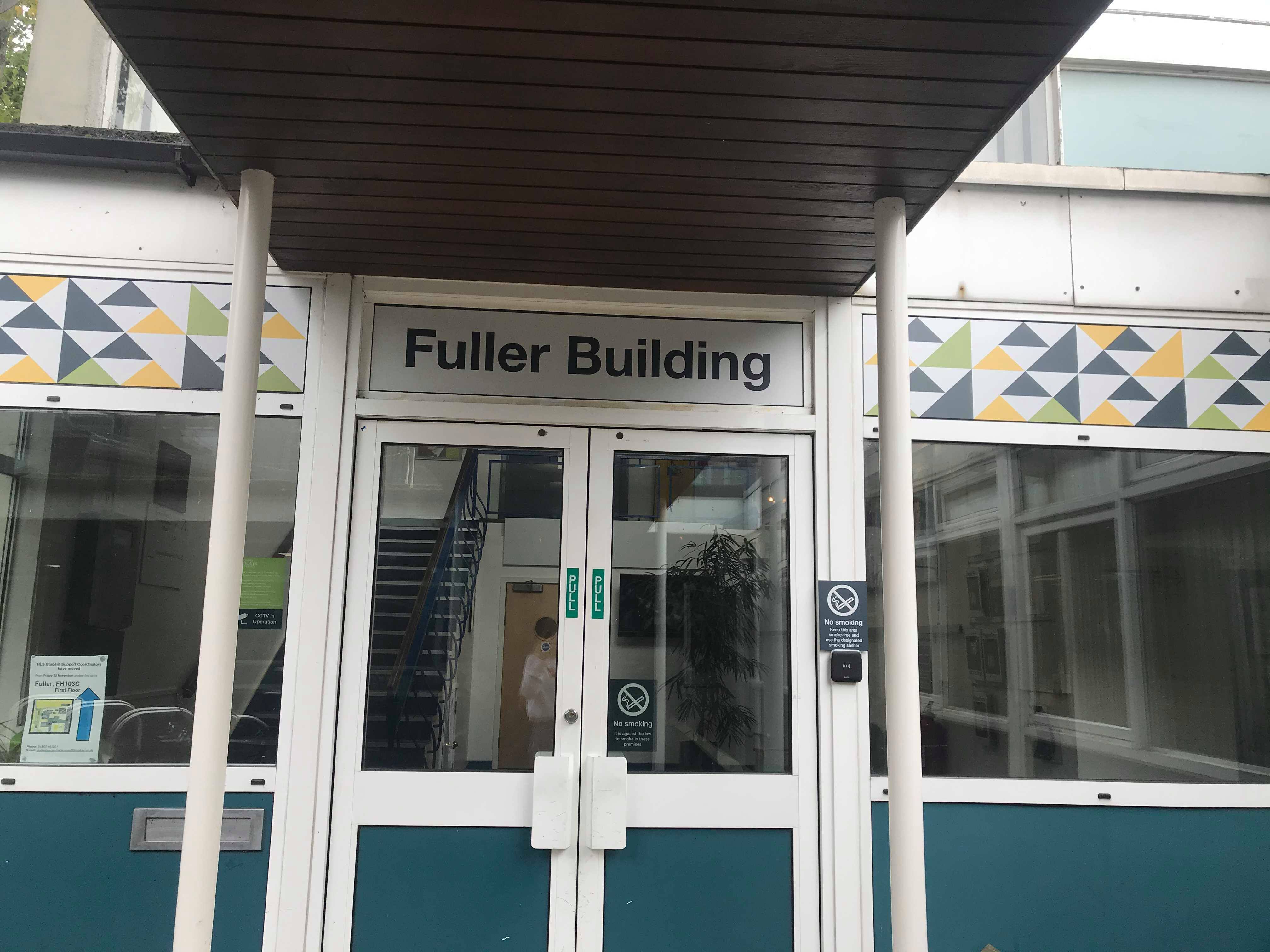 Can't just hit Fuller up and not Gibbs right? They're a package deal.

Do your friends know that you do this?

"Yeah, one of my flat mates and her mate knows too by overhearing, she actually pointed me in the direction of the first toilet I did it in and felt weird after she realised she'd said good luck to me. I don't really plan on telling anyone else though."

We wish you the best of luck, mystery Brookes wanker. Go forth and spread that seed.