But not everyone has been so supportive

The cheerleading squad have unveiled their naked calendar, with 10 per cent of the money raised going to charity.

They went to Varsity Rooftop to take pictures, but were disgusted to discover a series of Yik Yaks around the Oxford College areas from those who had spotted the photoshoot, asking “does charity warrant nudity?”, alongside some truly horrible comments about the girls themselves.

The calendar, which is due to be released on the 10th December, features pictures of the girls in various locations around Oxford, and has allowed them to reach out of their comfort zones to support each other and their charity. 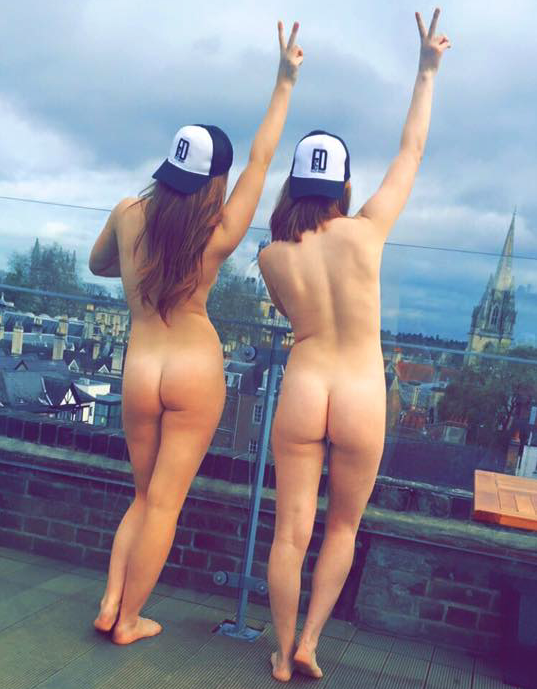 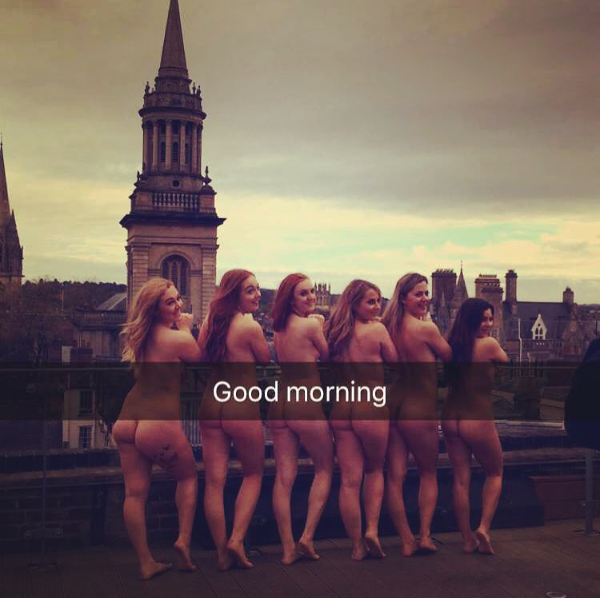 Why did you decide to do a naked calendar?

Megan Armes: “I decided to do the naked calendar because it is definitely something incredibly empowering and such a fun thing to do with my favourite people. It is one of those things that only comes around once, and although at first I really wasn’t sure if I would have the balls, I decided I would have to strap on a pair.”

Harriet Hobson: “When I first heard we were doing a naked calendar, I was point blank never going to strip off in front of a camera. However, as discussions commenced, and I found out how many people we could help, I began to warm to the idea. We should be having the best time at our age, as we have no commitments and nothing holding us back. So why shouldn’t we celebrate this freedom, whilst helping people at the same time. Plus, it is something to tell the grandkids.”

Why do you feel it is a good way to raise money?

Beth-Siobhan Fennell: “It’s a good way to make money as it sends out a good message as well as supporting a good cause. It’s also fun as well as tasteful: it sends out a positive body image which is something not often seen in the media. The girls in the team are also working really hard to market he calendar and with the supply of our university and our peers we are hoping for a huge success.”

Harriet: “A naked calendar is a great way to raise money, as well as publicising Brookes University. We are not stripping off because we think we are models and have good bodies. We are doing a naked calendar for charity, and to help people who are less fortunate than ourselves. The calendar has got a lot of people talking, so hopefully this will result in a high number of sales.” 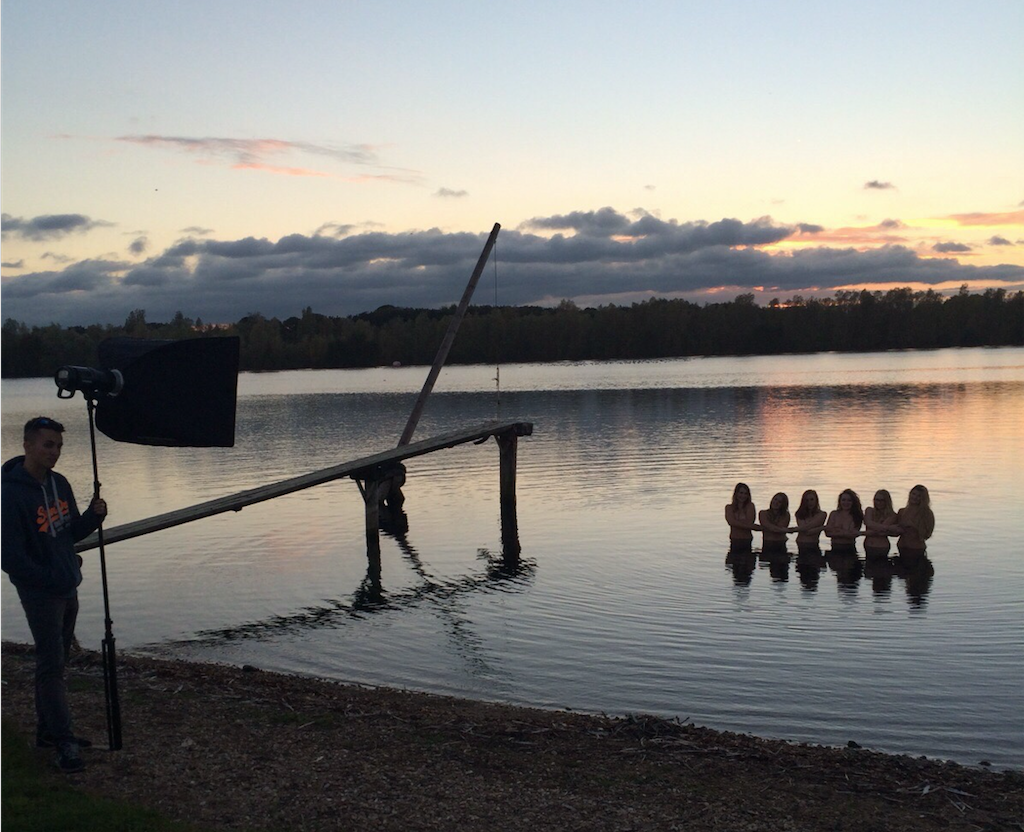 The girls are donating some of the profits to charity

How did you feel when you saw the Yaks?

Megan: “As is to be expected, I felt awful when I saw the Yik Yaks about it, which I’m sure was the intention of them. It was the first time any images actually went public and people tore us to shreds. The reason all of us were so nervous about the calendar is putting yourself and your body out there for people to criticise is incredibly hard. None of us are completely body confident nor are we models, and knowing people will be seeing your entire body and judging you isn’t easy. However we were all there to support each other and giggle at some of the more amusing posts.”

Harriet: “To be honest, negative comments are inevitable, especially when you are doing something controversial. In hindsight the comments were laughable and very childish: ‘Whales on varsity rooftop’. The comments didn’t really affect any of the team as we know we are not models, and we are not trying to be either. We all have lumps and bumps we aren’t confident with, and there was no need to point these out. The positive Yik Yaks which were posted were amazing, and really encouraged us, as well as emphasising the fact we are doing a fantastic thing.” 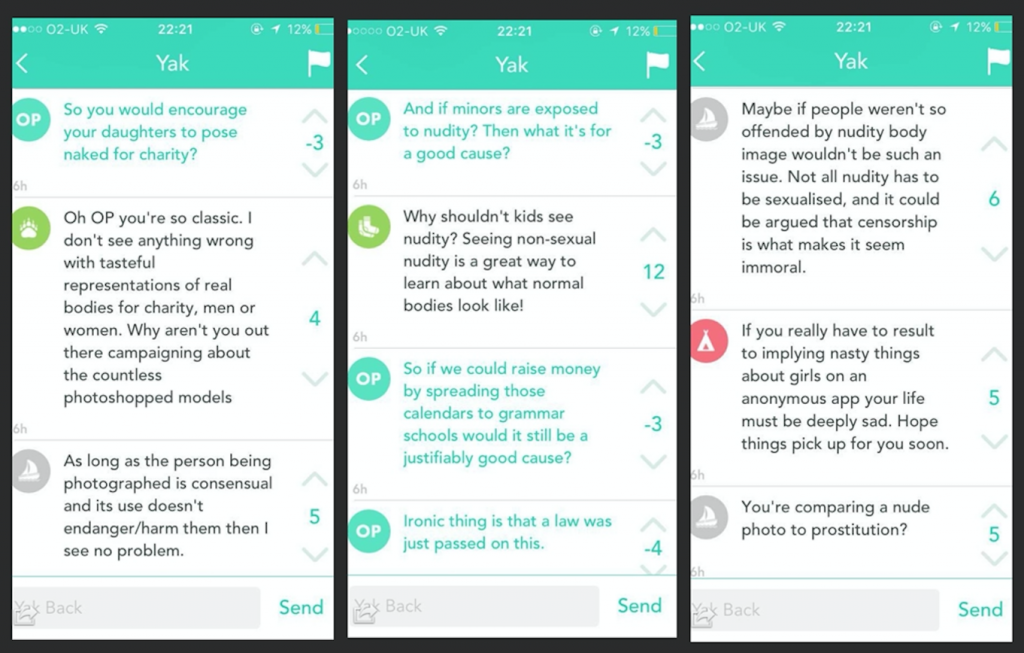 Just some of the Yaks sent 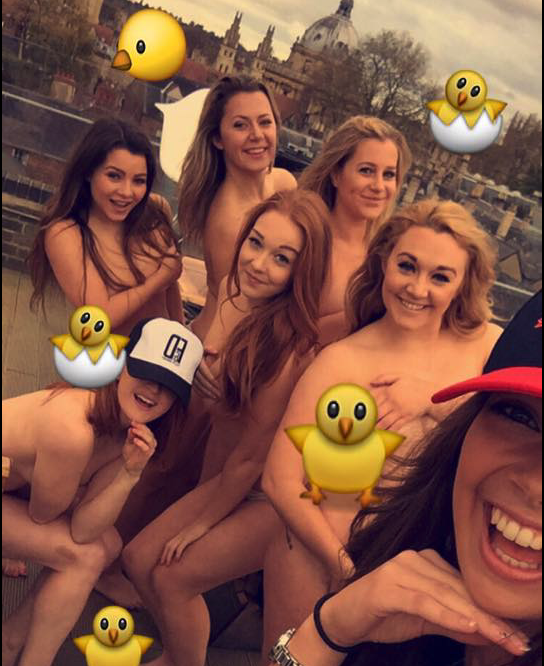 What would you say to the anonymous Yakkers if you knew who they were?

Megan: “I would ask the people who wrote those comments what was so offensive about the pictures they saw and why they felt the need to publicly (and anonymously – cowards) slate us in such a harsh way. If people have these issues with it there are all of us who are willing to answer questions and explain our reasoning. But also I’d say thank you, nothing makes us stronger as a team than getting through that sort of thing.”

Beth-Siobhan: “If I had a chance to know who the anonymous Yakkers were I would say thank you to those who fought our corner and supported us. I would ask those who were negative about us ‘why?’ I don’t understand why they felt the need to body shame us. We had the courage to go out and bare all, putting ourselves in a very vulnerable position and embracing our own imperfections and being proud of them.

“In this day and age when we are surrounded by unhealthy ‘perfect’ bodies we should be trying our hardest to spread a positive body image and not tearing down those who have accepted what they are. As cheerleaders we train extremely hard, we have to be strong and fit but this does not mean that we fit the stereotype look that necessarily surrounds our sport.”

Harriet: “Thanks for bringing the calendar to everyone’s attention! Your unnecessary comments were rude and disrespectful to many people, but it really did get Yik Yak publicising the calendar for free, so thanks. Also, if you think you are so amazing, do you fancy posing with us next year?”