I didn’t get the flu, but I did have to spend nearly two weeks alone in quarantine.

I spent 12 days of my precious summer holiday quarantined in a flu camp in a bid to make some money. If that doesn’t scream broke student, I don’t know what does.

During the summer before uni I was in the same situation many students find themselves in – skint and desperately trying to find a job.

After googling “easy ways to make money” instead of a job, I found FluCamp.

Hospitals didn’t really bother me, plus the money sounded great. So I thought why not? 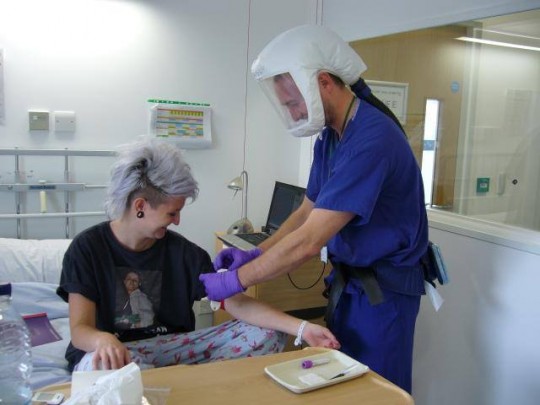 FluCamp is a clinical trial run by Retroscreen Virology Ltd that focuses on preventing the disturbingly titled Rhinovirus (otherwise known as the common cold).

You become a human guinea-pig for research teams who test their vaccine on volunteers.

And then they ship you off to quarantine for two weeks for observation. 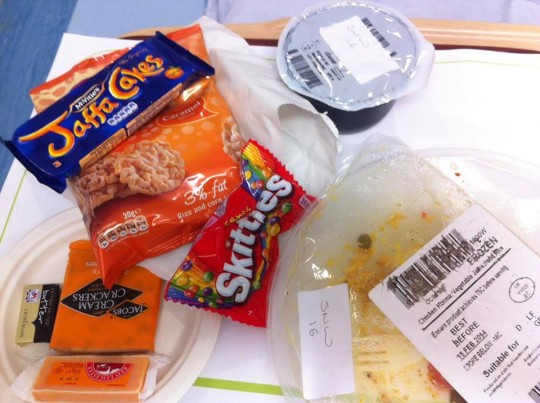 They do provide plenty of snacks though.

When I arrived I was escorted up to the screening by a nurse who later handed me a urine cup.

Not having much practice in the peeing into cups department I almost asked if there was a special method that prevents any mess.

But I’d been told to drink plenty of water before arriving, so couldn’t actually wait.

After the ordeal I was poked and prodded at some more, with my weight and height measured, blood tested, skin examined, breathing tested and an ECG. 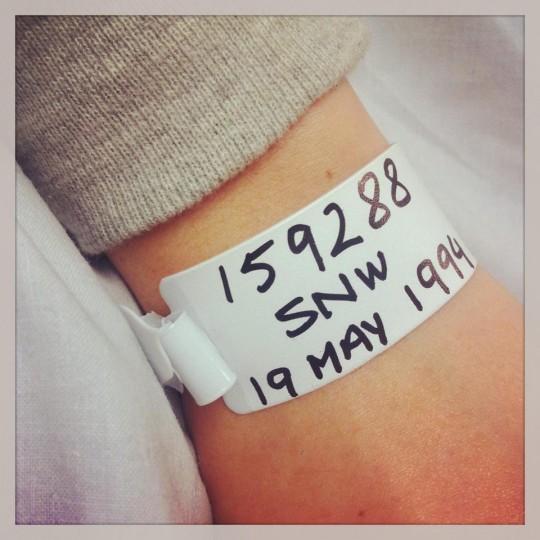 The main test volunteers have to endure at Flucamp is the ominously titled “nasal tolerance test”.

Three times a day I was given a rubber tube that expands into a ball at the tip and told to shove it up my nose.

Once inserted, the ball is filled with a saline solution which flushes the nose and allows the team to collect any debris to send to the lab.

And yes, it’s as pleasant as it sounds.

After the nasal torment I had an interview with a Flucamp doctor, where I was asked to give the entire details of my medical history.

I was tempted to lie to them about my medical past, sure I was going to be rejected and done out of £3,000, but thankfully my allergy to shellfish did not disqualify me.

Three weeks later I got the fateful phonecall from Flucamp and was told I was to be in quarantine the next morning. And then I realised what I’d signed up for. 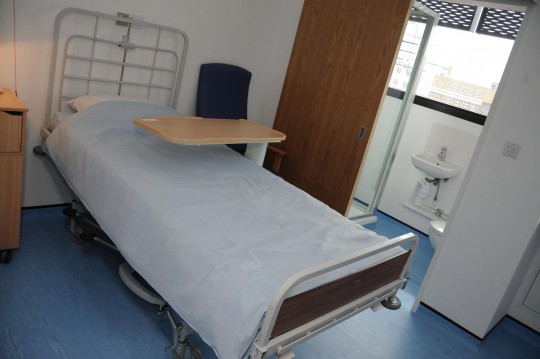 My quarantine room came with an ensuite, so I was practically on holiday. I even had my own Playstation 3. And at least it was clean.

With such entertainment at hand, I could see myself getting used to FluCamp.

But each day was very routine.

Physical checks were performed four times a day, with a urine test in the mornings, and blood tests every three days. 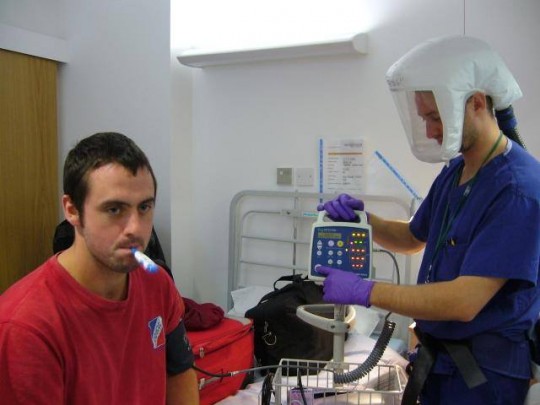 I looked about as enthusiastic as this guy

After three days, I was given the vaccine via a nasal spray.

On the fourth day, the Rhinovirus was administered. To measure the success of the vaccine, a small proportion of volunteers were given a placebo vaccine, which increased the chances of flu-like symptoms.

At this point, because nobody knew who got what, the doctors and nurses entered my room with surgical masks and hazardous material suits, and I started to feel a bit like E.T. 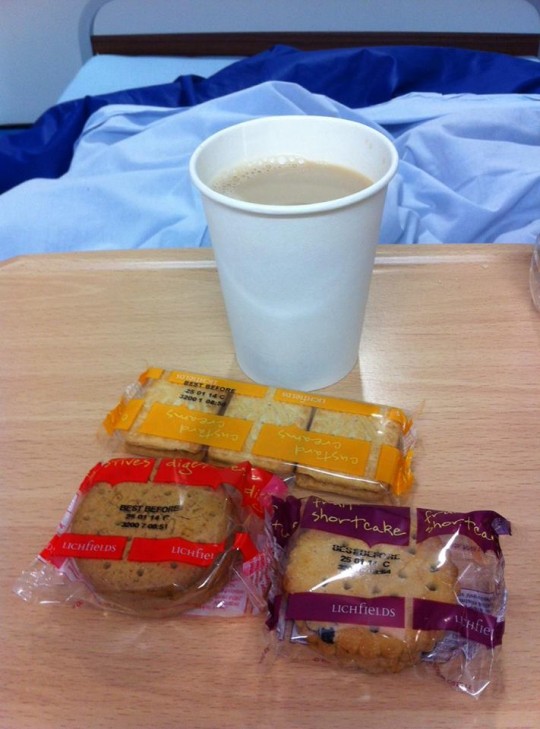 A few days in bed can be fun, but after about a week your legs disagree. I got extremely restless but wasn’t allowed to do anything.

There’s something really oppressive about staying in bed with no fresh air and no natural sunlight. I was exhausted but hadn’t actually done anything.

It was almost like having the flu after all. 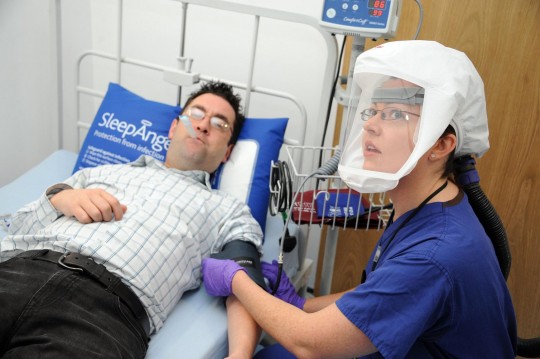 As it turns out, I didn’t get ill. Either the vaccine worked perfectly, or I was given the placebo disease.

In fact, I was more ill two weeks later from freshers flu.

FluCamp might sound grim but I got to spend twelve days in bed with free wifi in an ensuite room with a flat screen TV, PS3 and endless DVDS, which let’s face it, is much nicer than a student house.

Of course the biggest benefit of FluCamp is the money. I received just under £3000 for twelve days.

But FluCamp is a lonely place. By all means you can use your phone, laptop, Skype whatever, but you can’t have visitors. 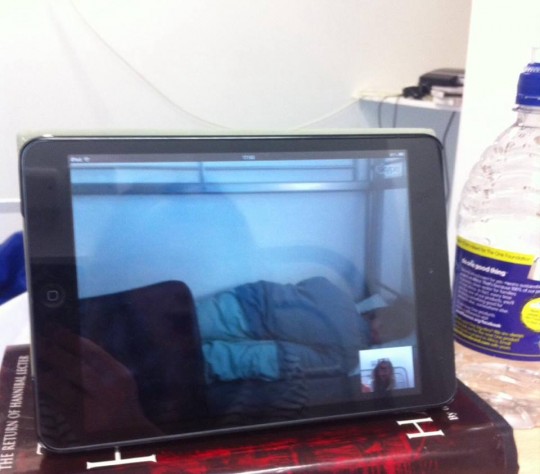 And even though the staff were incredibly friendly I’m not sure I could have managed much more than twelve days.

I applied in June 2013, and walked out of quarantine, flu-less, three months later, with enough money in my pocket that I didn’t need to scrimp and save for my first year at uni.

I’d say £3000 in two weeks is considerably easier than working in a pub for the entire summer.