A new “statue” has appeared next to the empty Colston plinth in city centre.

The statue was first reported this morning, and has been chained to a post looking over the plinth. It is of a large, white bald man wedged in to a wheelie bin, which has “Spoiler: St George was Turkish” stencilled on it.

The statue is believed to be a mocking gesture towards the All Lives Matter protest on Saturday, which saw over 300 “not far right” protesters descend on the city centre to “protect the cenotaph”.

The creator of the statue is unknown, and it has therefore been dubbed a “mystery statue”. 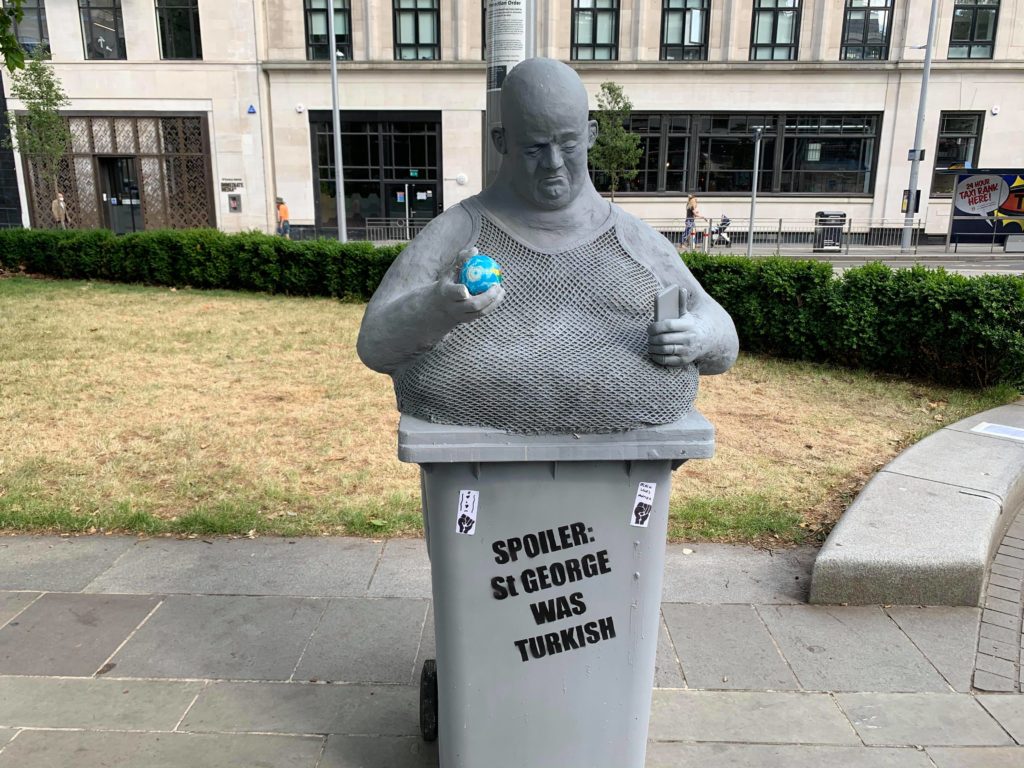 The mystery statue, chained to a lamp post in the city centre.

The man in the bin, sporting a string vest, holds a phone in one hand and clutches a globe in the other. The phone screen reads “England for the English” against the backdrop of a St George flag.

A passerby, Alexis, told the Bristol Tab: “It’s very funny if you know what happened here on Saturday. I feel like it well and truly represents that demographic.” 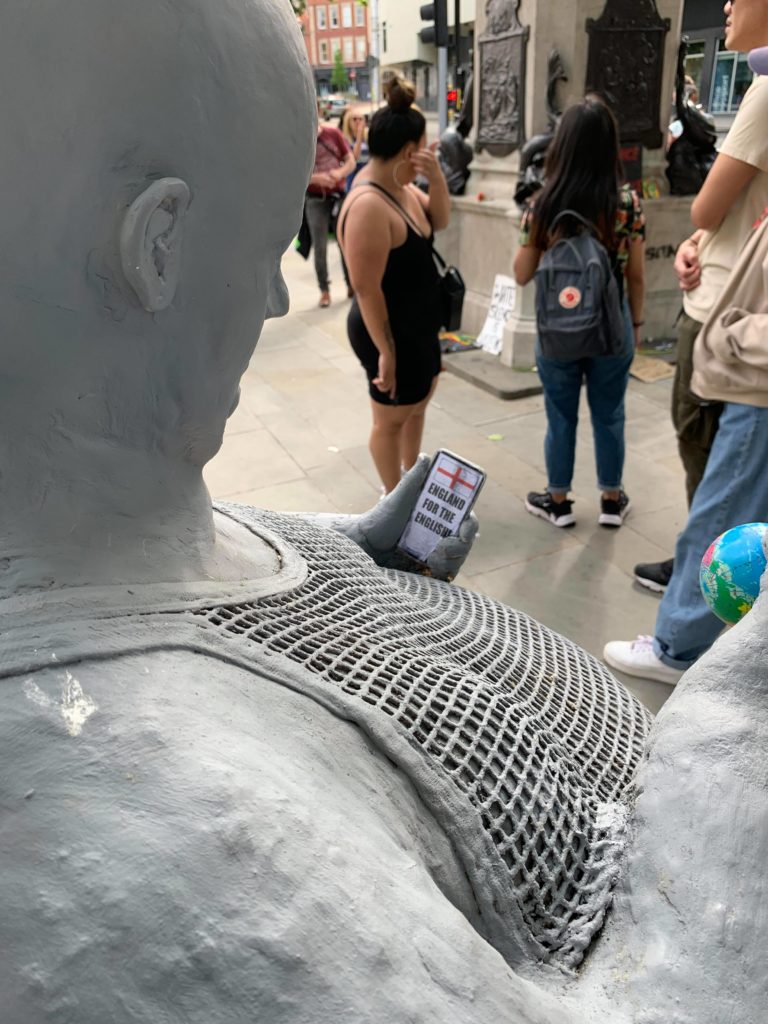 The phone reads “England for the English” with a St George flag in the background.

Another passerby, Harry, told the Bristol Tab: “I didn’t get it at first, if I’m honest, my girlfriend had to explain it to me.

“It would be really cool if it turned out Banksy was behind it or something.” 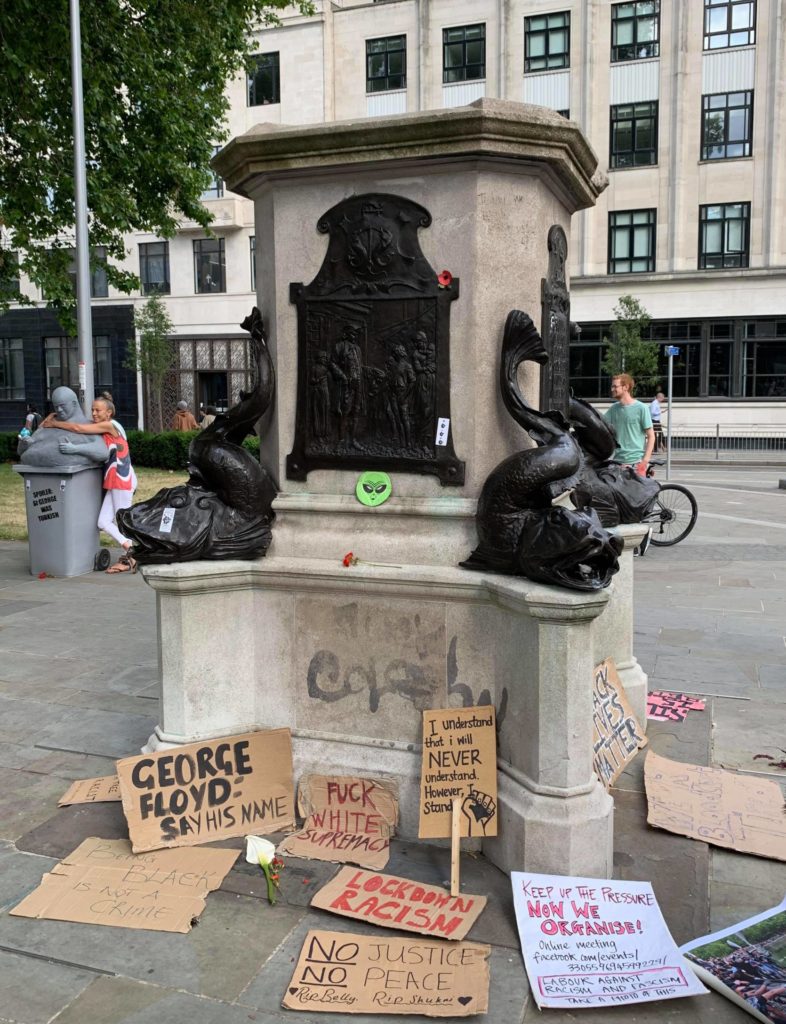 New signs at the Colston plinth. A woman takes a picture with the mystery statue in the background.

The members of the public coming to visit the new statue also took a moment to look at the Black Lives Matter placards below the Colston plinth.

Protesters on Saturday binned some of the original signs, claiming they were “clearing up the rubbish”.

• Arrests, booze and bikers: Here’s what happened at the All Lives Matter protest in Bristol

• BLM placards binned by All Lives Matter demonstrators at protest

• ‘We are here to fight for black lives’: Thousands gather for Bristol Black Lives Matter protest