Over 300 people participated over Zoom

Hundreds of people gathered on College Green today at 12pm to participate in a “Worldwide Kneel” for George Floyd and the Black Lives Matter movement.

Protesters took the knee in silence, at a social distance, and held banners and signs in support of the movement.

The event was also live streamed on Zoom, along with duplicate events that were happening across the country, with over 300 people joining and chanting “Black Lives Matter” in the call. Bristol’s Green Party Councillor, Carla Denyer, was amongst the live-streamers. 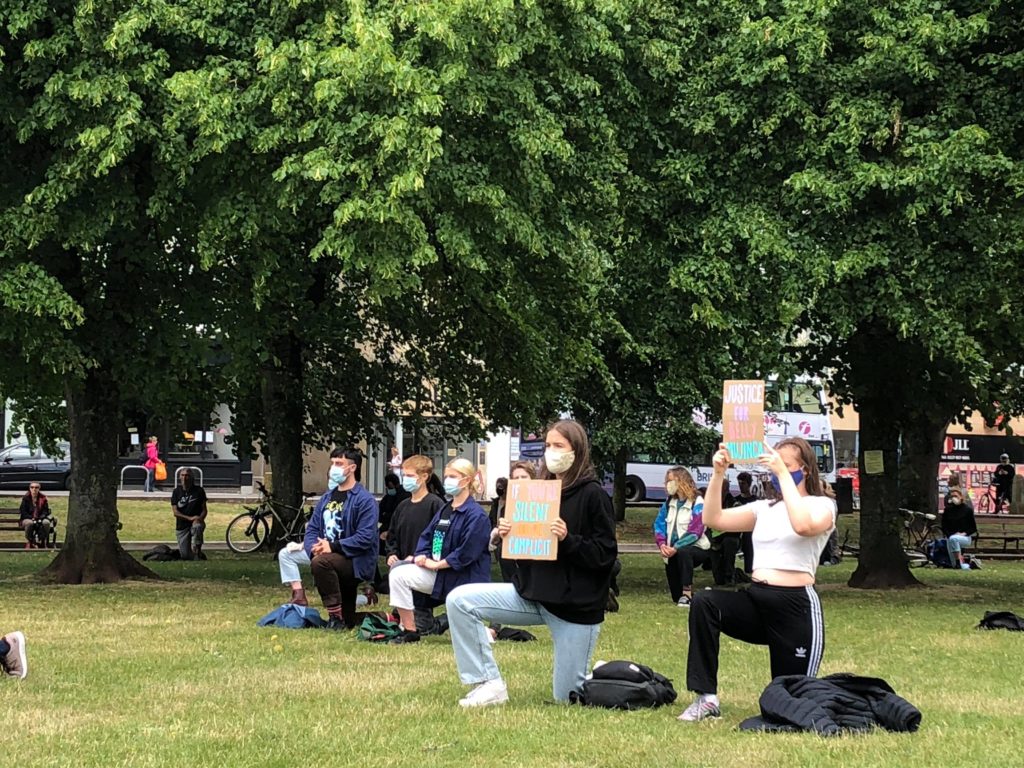 The kneel was also accompanied by powerful speeches by the organiser, Heba Tabidi, who said:

“We heard you call our natural hair unprofessional, our skin colour unattractive and on black men scary. This is what this is about, we need to start dismantling this right to the core, and to our white allies your voice is more important than ever right now.

“While we are killed for racially charged suspicions, demonised, evil when found innocent, and fighting for our mere existence, its clear you are respected enough to be listened to and reasoned with.

“Use your position of privilege to dismantle the system. This is our fight as much as it is yours”

Powerful end to the speech made by event organiser Heba Tabidi #BlackLivesMatterUK pic.twitter.com/5ABqqLS5mE

Casimiro added: “We wanted the Kneel to be powerful. We wanted to show union and community and we think its really important to have people join from home on the live-stream. It shows that everyone can get involved, and we really want to enforce that.” 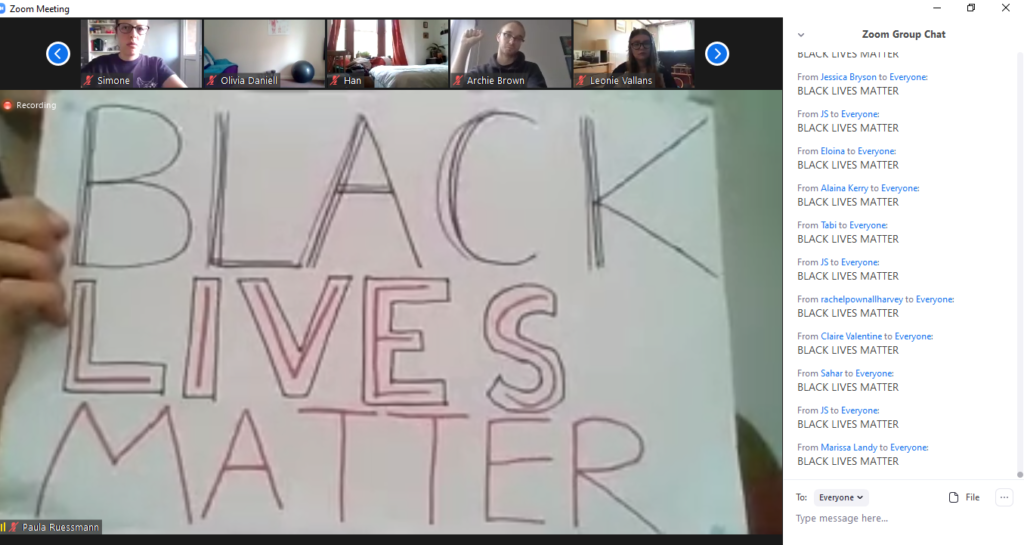 The Bristol Tab asked how white people can best support and help within this movement, Tabidi said: “Its about taking a step back and giving a space for black voices. Its about listening, speaking to your black friends and your black colleagues, educating yourselves by listening to their experiences and most importantly creating a space where black people can be heard.

“Its unfortunate that its taken something so horrific for that to happen, but now its time to make that conversation happen” 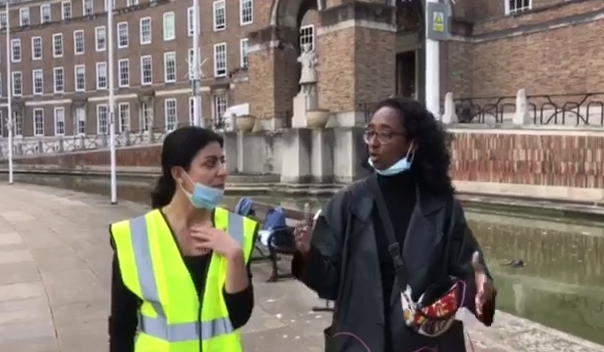 The Bristol Tab also asked them whether this would be a good opportunity for Bristol to reconsider its display of links to slavery, to which the organisers eagerly agreed.

“Oh 100 per cent. People completely forget the fact that Bristol in itself is a city built on slavery. There are so many imprints of it left around the city but its completely disregarded. This is such an important opportunity for us to look at the contribution of black people to the history of Britain.”