‘How many more like me are going to have to burn out like me before the SU decides to engage with us?’

Khadija Meghwari is a third year medic at the University of Bristol. This piece is a response to recent events such as a talk given by Colonel Kemp and General Kuperwasser, as well as this year’s SU Annual Member’s meeting (AMM) during which Muslim students took the opportunity to criticise the SU on their apparent lack of support for the Muslim community.

I am hurt because I tried to advocate for myself, to hold the institutions and staff representing me to account, and I have been branded as the aggressor.

I cannot understand how after all  our input last year, a speaker was allowed onto campus, who has previously said: “Those who are good Muslims, those who are devout Muslims have to support [terrorism] because that’s what their book tells them.” 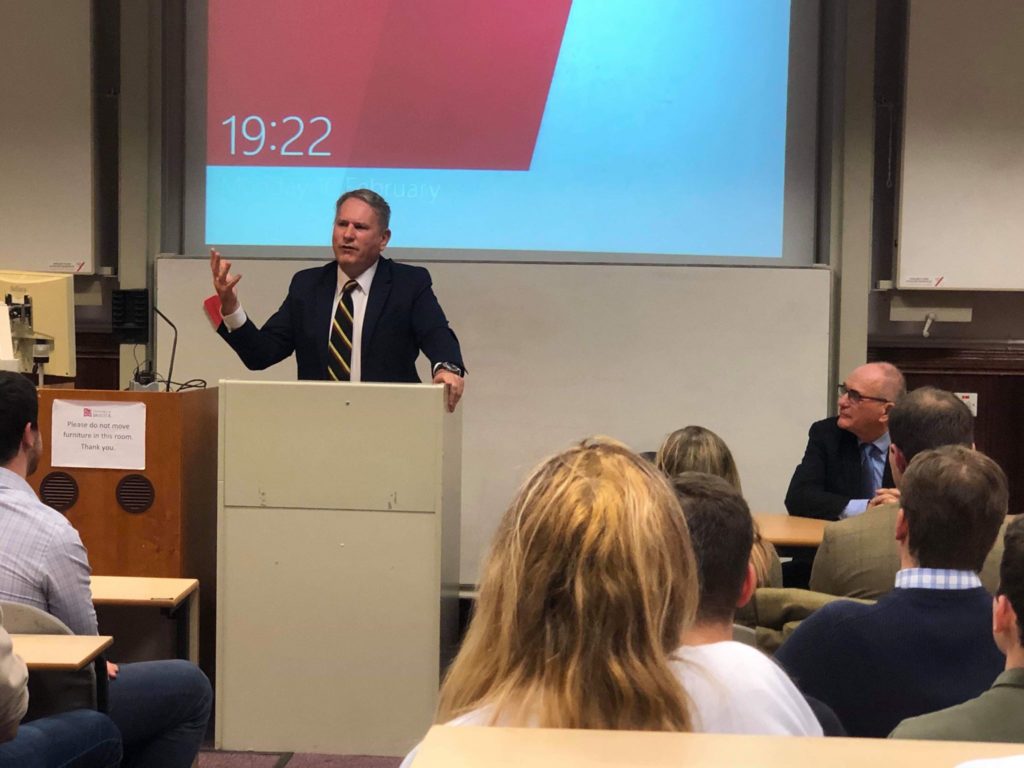 The SU did not reach out to Muslim students about it until we asked them to and still have not released any clear statements of support. Events might have to be allowed, but you can still make it clear that you stand against them.

In the statement by the SU and during AMM Muslim students were painted as the unreasonable ones. It made to seem as though we had been unfair in our condemnation and hadn’t tried to engage. The truth is that we have only decided to make public statements like this after almost two years of trying to work productively with the SU and its officers. 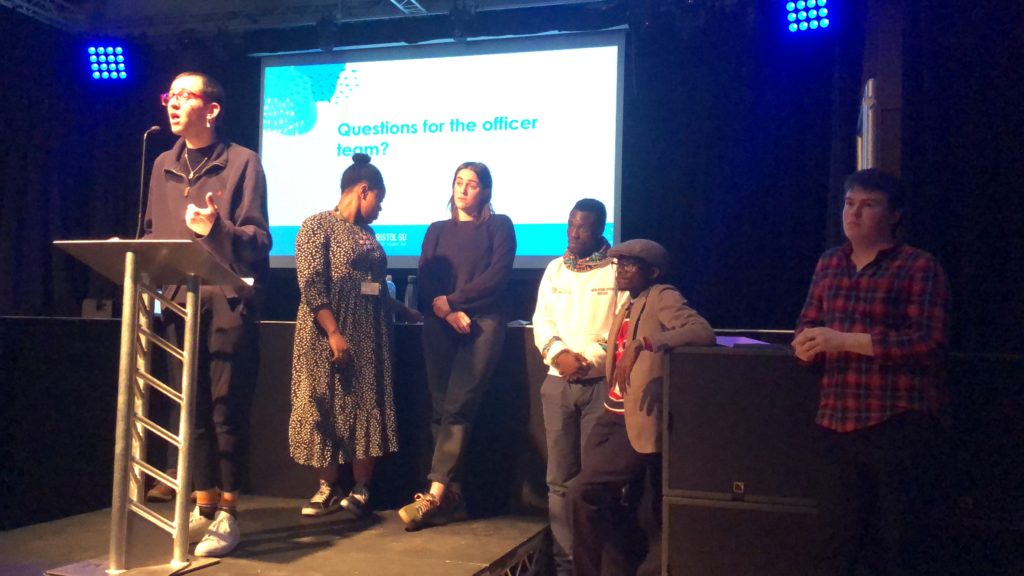 Jason Palmer (ELA Officer) responding to criticism at the AMM

After successive Islamophobic events and incidents occurring on campus, we repeatedly gave the SU action points to work on for us. Though we understand the limits of what the SU can control, especially due to free speech, we clearly laid out how in spite of this they could work to make Muslim students feel safe and welcome.

A few examples: we asked them to facilitate our input on a new prayer room in Senate house, to advocate for the APPG definition of Islamophobia to be introduced into university policy, to support organisation of Islamophobia awareness month, to reach out to Muslim students when Islamophobic events take place and to release public clear statements standing against Islamophobia when they do so.

The SU have not reached out to us this year to work on these objectives with us. The ELA officer has not initiated any contact of his own accord or asked Muslim students for their concerns or input, not even when clearly Islamophobic events where taking place, until we pushed for this.

The only meetings have been reactive and even then these had to be initiated by students, with still no clear statements of support released afterwards. Islamophobia awareness month was initiated and supported entirely by the BME network chair – only a part time role. The objectives with the university have relied on students once again to organise meetings and work on moving them forward.

In terms of my own personal experience, having to constantly set up meetings and write statements last year and still continue to do so this year has taken up a great deal of my time and impacted my wellbeing.  Things like missing lectures to attend meetings, staying up until 1am to write a motion for student council, researching evidence and arguments, continuously having to validate feeling vulnerable and formulating steps that aren’t even listened to leads to a cumulative level of emotional exhaustion. 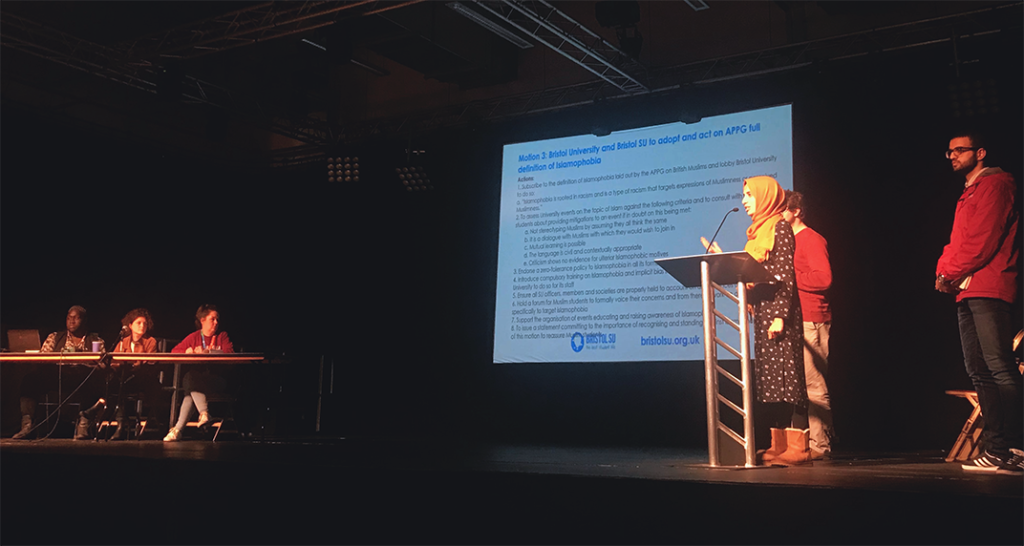 Khadija Meghwari speaking at the AMM

This is what spilled over into calling out the ELA officer at AMM.

I felt I had been continuously sidelined or not acknowledged despite my efforts.

Yet all I was faced with was my lived experience and vulnerability being seen as an attack and apologies that focused on how our perception was wrong, rather than truly admitting fault.

Even now there has still not been a public apology from the ELA officer. I understand personal circumstances and wellbeing often being an explanation, but this doesn’t explain still not reaching out or admitting mistakes at the time. I also understand it is hard for the ELA officer to engage with every minority group, but Islamophobia is one of the most prevalent forms of discrimination on campus, so it seems especially important to at least engage with those affected or apologise for not doing so.

But this is not just an issue between individuals, it’s not a personal petty fight. It speaks to a wider systemic problem at this SU with a double standard.

The SU pedals politically correct vague slogans of “standing against all forms of discrimination” and “working for you”, yet don’t take firm stances when it matters or put their energy into action points.

At the AMM, I asked Jason: “How many more like me are going to have to burn out like me before the SU decides to engage with us?”

I am a student, I should not have to keep reminding an organisation and officers whose job it is to advocate for me to do so.

The SU ELA officer has been contacted for comment.