‘No time for being patronised’: Climate strike organisers respond to police safety warning ahead of Greta rally

Police have said there is the ‘potential for crushing’

The organisers of Friday’s climate strike in Bristol, which will be attended by Greta Thunberg, have said they’ve got “no time for being patronised” after police issued safety warnings.

This coming Friday’s climate has come under criticism from the police, who warn that the large crowds will be unsafe for participants.

Swedish climate activist and all round legend, Greta Thunberg, will be in attendance, so  the event is likely to be larger than ever before.

The last strike saw around 350 students, lecturers and schoolchildren gather on College Green, but this time, as many as 25,000 people are expected to show up.

In a letter addressed to school age-children, Superintendent Andy Bennett of Avon and Somerset Police said the event “has gone viral with interest which leads me to think it will be thousands of people. 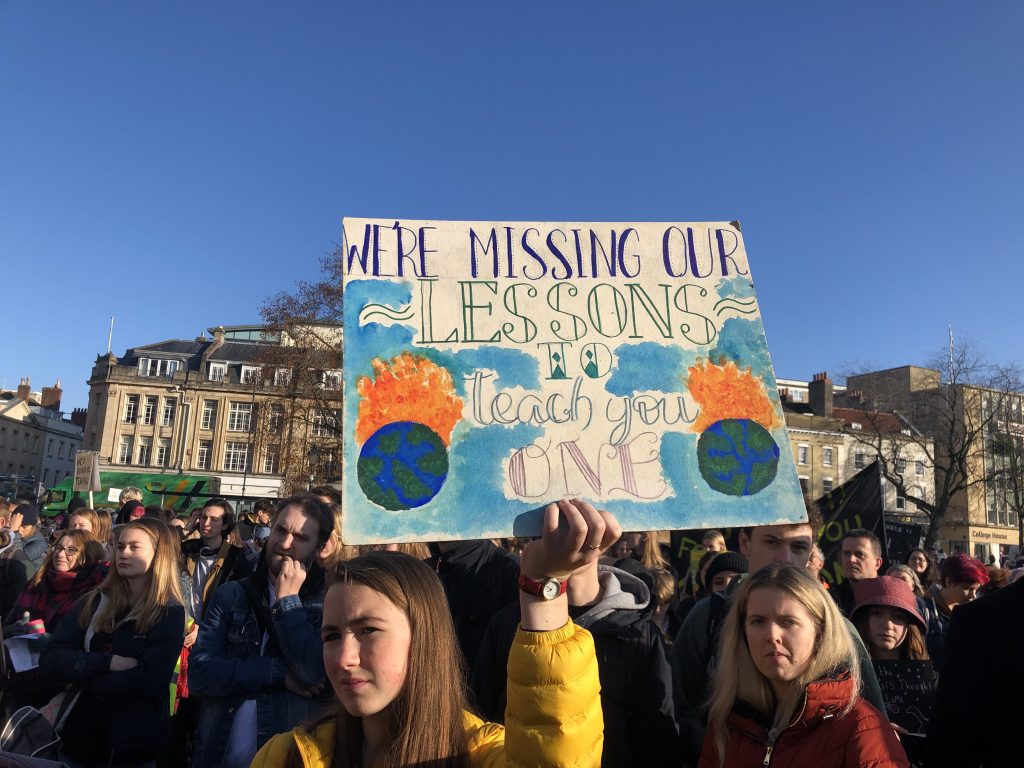 “We have confirmation of people travelling from across the UK by car, bus, coach and train.

“In terms of big crowds, they are dynamic in nature and there is the potential for trips, slips, falls and crushing.

“The event has grown so large that the usual controls, stewarding and safety measures that are routinely put in place are unlikely to be scaled up adequately.”

The Bristol Youth Strike 4 Climate group, who are organising this Fridays rally, insist they are prepared for the scale.

In a Facebook post they wrote: “In response to the BBC article. We’ve got… 60 meters of festival barriers, 2 events companies supplying gear, a safe zone at the front sectioned off for young children, 80+ stewards, an accessibility area and no time for being patronised” 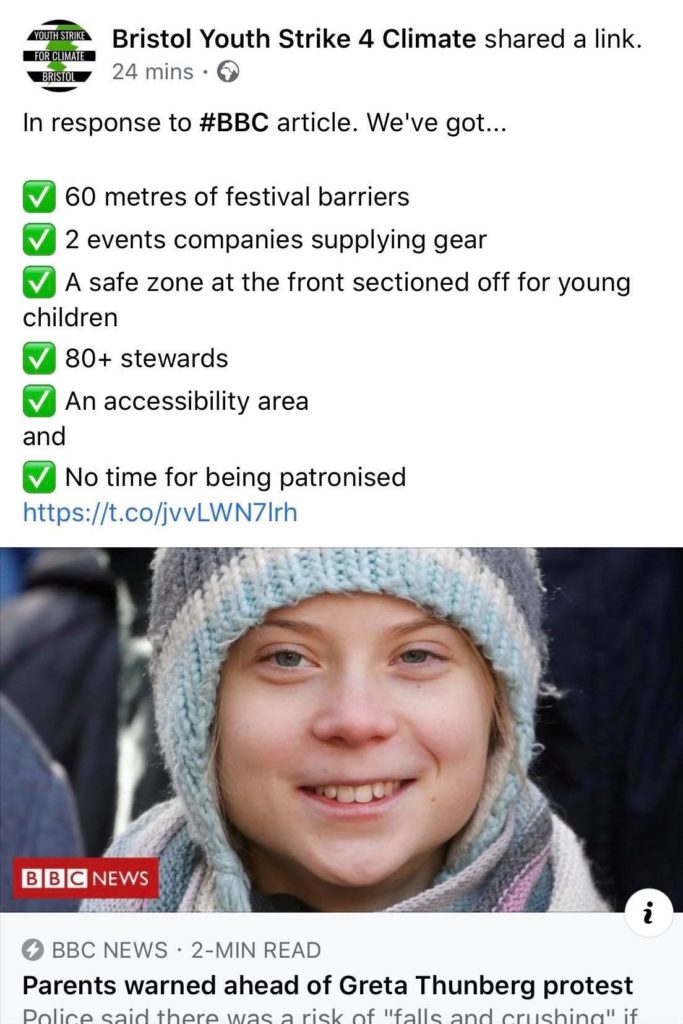 The police have compared the “potential audience” scale to that of the Greta Thunberg strike in Hamburg, where approximately 60,000 people came to see her speak.  Supt. Andy Bennett believes that, if this is the case, safety areas for young children and disabled people would “probably be unachievable.”

The police will be closing Park Street and parts of the city centre in order to cater for the crowd.

The strike is still going ahead, and will commence at 11am on College Green.