At 11am this morning, staff and students gathered outside the Victoria Rooms for the second demonstration of the fourteen day University and College Union (UCU) strike.

Participants from the South West UCU branches of Bristol, Bath, Exeter and beyond marched in solidarity from Victoria Rooms to College Green.

The demonstration started with a passionate rally, where the supporters first heard from Dr Jo Grady, the UCU General Secretary, who emphasised the key components of the UCU Four Fights campaign; Pay, workload, equality and casualisation. 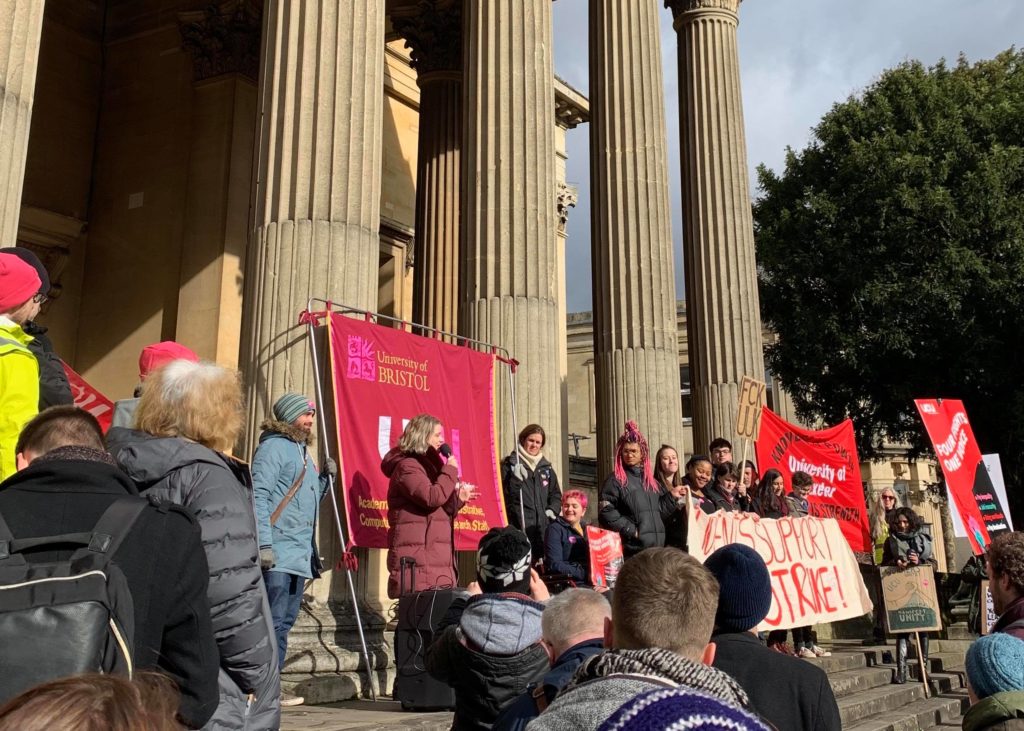 “If it is unaffordable for universities to function without our junior staff burning out, without our professors being able to contribute to their departments as we would expect them to, without staff doing billions of pounds of unpaid labour, that is bad management.”

Dr Michael Carley from the University of Bath was also in attendance, and affirmed his reasons for striking: “We want more money, more contracts with defined hours, more pension, but what we really want is time”

“To our employers, anything that does not have a financial return is nothing. Our labour is not a commodity, our lives are not for sale”

The peaceful march took to Queens Road and Park Street, with chants led by the Bristol Student- Staff Solidarity Group: “Hugh Brady shame on you, staff deserve their pensions too.” 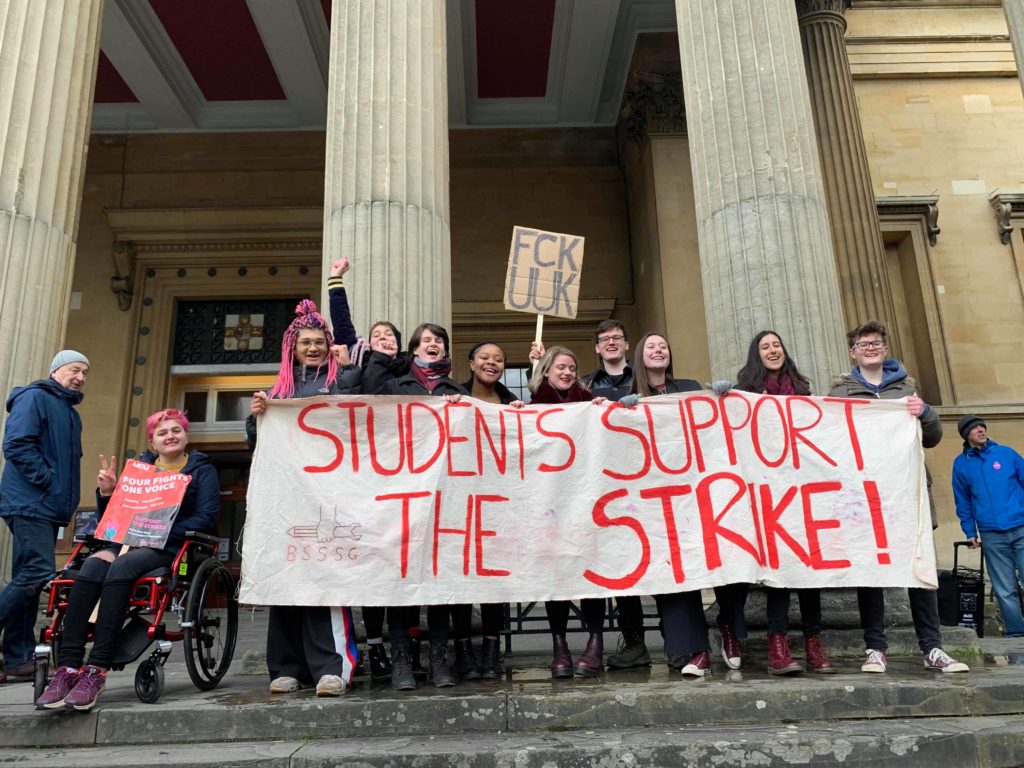 The calls for compensation by students were also addressed and supported by a speaker from Professional Services who said: “This is also a strike for students.

“The students blame the institutions and not the staff.” 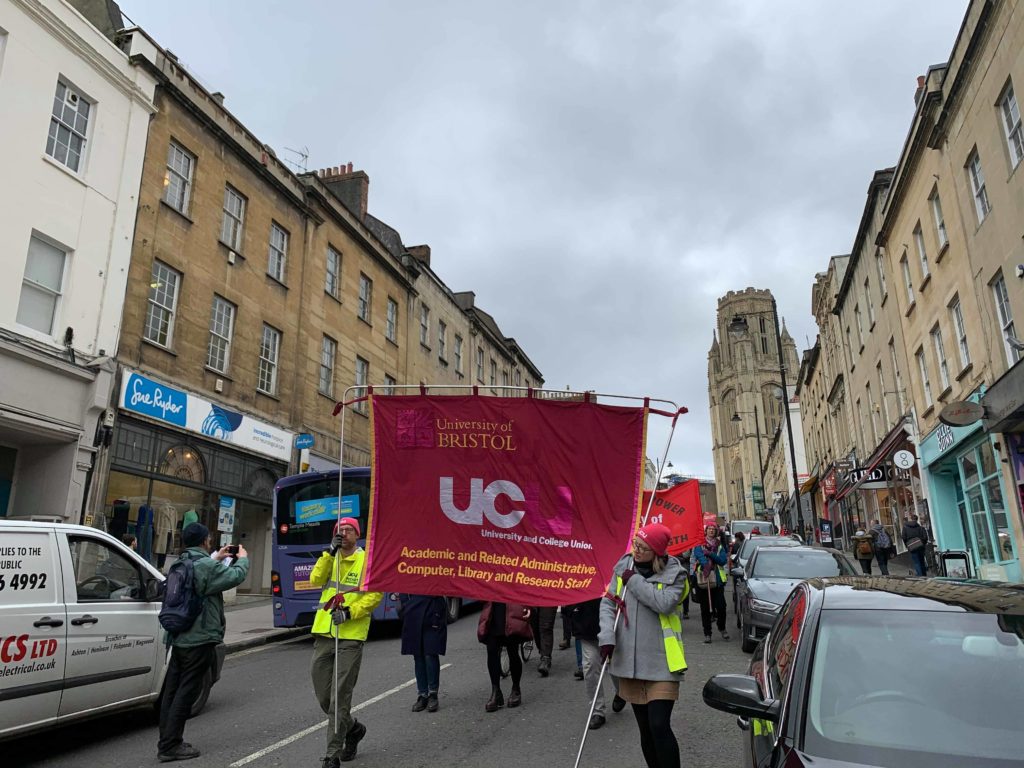 The strikes will continue next week from the 2nd – 5th March, and culminate in a full five day strike from the 9th – 13th March.