UoB to expand by 1,000 places one year after telling freshers to live in Wales

The total student population will reach 30,000 in the next few years, management says

Senior Management has confirmed that UoB is set to expand by 1,000 places next year, despite this year running out of accommodation and telling freshers to live in Newport, Wales.

Last night, while speaking as part of a panel on uni expansion at UoB, Director of Campus Operations, Simon Bray, also revealed that in the next few years, the total number of students at UoB will reach 30,000 (there are currently around 26,000).

He added that although this is the plan at the moment, it is under review.

Simon Bray said: “The university plan is to increase student numbers and then we’ll flatline.”

Bray detailed how despite this expansion, only 700-800 new beds in university accommodation will be made available.

Although not all new students will go into uni accommodation, this deficit of beds could compound the accommodation issue at Bristol that saw students having to live in Newport or Langford this year. 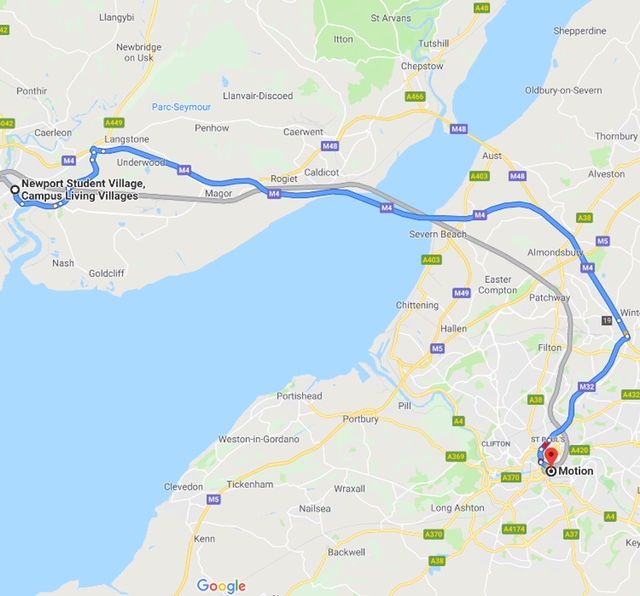 The overcrowding of study spaces was also up for discussion with student and activist, Ruth Day, pointing out that during exam season the ASS Library is full by 9.a.m.

Also on the panel, was Deputy Director of Residential and Hospitality services, Claire Slater, who saw the positive side to over-expansion, saying that it has led to an “increasingly diverse population.”

Other members of the panel had lots to say on the damaging effects of over-expansion.

Olly, who has been a student since 2011 as well as working in the ASS library, said that in his time at the uni he's noticed that "there are a hell of a lot more students."

Olly was also quick to point out the effect of the uni’s expansion saying that “it’s incredibly obvious that there is a divide between students and the local population.”

He also said that over-expansion has led to students feeling "faceless" or "anonymous" including his younger sister who also attended the uni.

Ruth Day said: "You do feel like staff don't really know you and how could they when there's so many people here."

Many in the audience were in agreement.

A spokesperson for the University of Bristol said: “It’s important to highlight that our Temple Quarter Enterprise Campus, due to open in 2023, will provide learning and study facilities for around 3,500 students – accounting for the lion’s share of our planned expansion.

"New student accommodation is being planned for the Temple Quarter Enterprise Zone to meet this additional demand.

“Careful planning has gone into accommodating and meeting the needs of additional student numbers on our current campus.

"A pipeline of new student accommodation is being planned across the city, alongside new academics buildings such as the Fry Building and the new Humanities Centre.

" We’re also creating new student facilities within Senate House, due to open next academic year, and the new University library will have capacity for around 2,000 new study seats when it opens.”