‘Everyone always tells me to Bog Off’: We met Tracy Beaker and she wants you to stop asking her about that worm

Is a 20th anniversary on the cards?

"There was one with a nose ring and a bandanna", said Dani Harmer (Tracy Beaker) when we asked which Tracy Beaker character would fit in most with the Bristol aesthetic. To be honest, she hit the nail on the head there.

The queue outside Pryzm Quids In Monday snaked around the harbour as everyone waited to see their favourite childhood icon in person. We got to have a little interview with her before she was introduced by the DJ to loads of screaming fans and the meet and greet began.

"I would have never of met the Queen", she flexed, and here is everything else she told us about being the legendary Tracy Beaker:

How does it feel to be meeting the generation that grew up with Tracy Beaker?

It’s kind of crazy actually because I thought that students would probably have been a bit too young to watch it that first time round… so you probably saw the repeats.

It’s awesome because I have little seven years olds that have just gotten in to it which is really cool because they weren't even thought of when the original series came out… it’s been really nice! 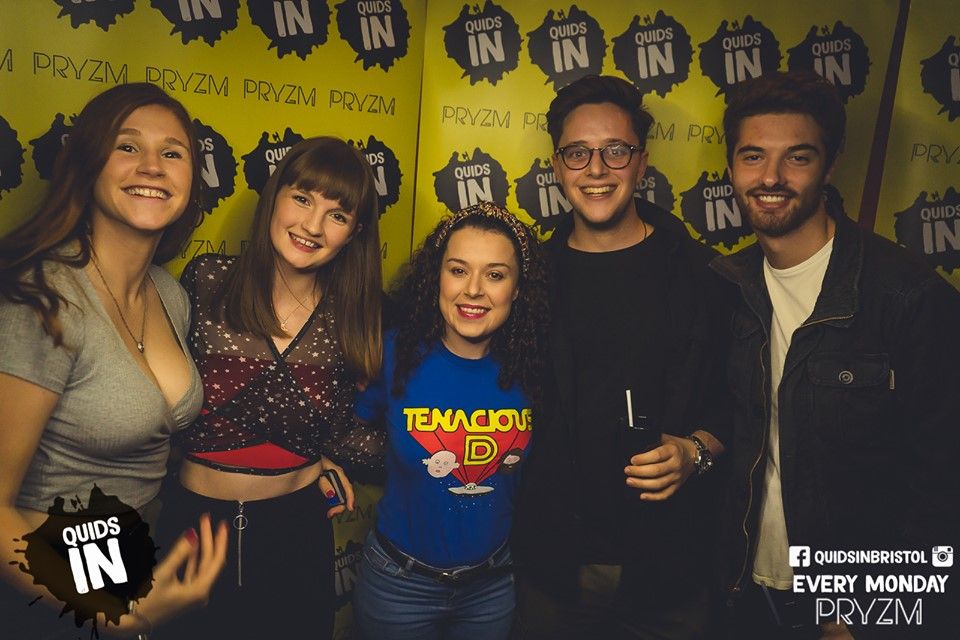 Did you ever think that Tracy Beaker would still be having this much of an impact so far into your career?

God no, I was 12 when I started and had no idea what I was getting myself into.

Tracy Beaker was the only book I hadn't read, but I think that was good for me. I just read it how I thought it should be read so kind of made up my own character.

I had no idea that when I’m 30 I would be going to clubs to meet people. It took off in a really big way, so I’m really thankful for it.

What is the weirdest thing a fan has asked you to do?

Every single person comes up to me and thinks they are the first person to ever tell me to 'Bog Off!', or ask whether I did eat that worm and I always get asked where my mum is. I’m like my mum is in bed, at home, because I am not actually Tracy Beaker.

What would you say the best thing is about being Tracy Beaker?

That's a really difficult one because I owe so much to her. I wouldn't have met my partner, I wouldn't have been on Strictly, met the Queen, I've done some really cool stuff – all thanks to this one character.

Do you see much of the old cast?

I think it’s the 20th anniversary of the show next year so I want to try get everyone in a room together. I see Cara quite a lot who played Layla and I keep in touch with Chelsie would played Louise and Ciaran who played Lol.

So Bristol is quite a diverse and "edgy" place at times, baring this in mind, what character do you think would go to Bristol Uni and why?

There was one who used to have like a nose ring and a bandanna. She was a bit of a bitch but quite edgy. I think her name was Amber. I feel like she might fit in.

If Tracy went to uni what would she have done?

She probably would have enjoyed the partying though; she would have been here tonight!

Do you identify with the character of Tracy Beaker at all?

I'm quite bossy so we have that in common, but what she has been through I can't even comprehend.

She’s just such an awesome character because every five minutes her emotion changed. She just wanted to be loved so that's where I identify too.

Keep raising my child and carry on in this strange and weird career that I have. I'm really enjoying the stage work I am doing at the moment, but I am also really enjoying just taking it easy.

And for Tracy Beaker?

She’s going to follow me around for the rest of my life and I don't mind that, I really don't.

Will we bring her back? Who knows? Jacqueline Wilson wrote a new book…Who knows what the future holds?