Brexit means Brexit, right? Well maybe not, if the protesters at this weekend's People's Vote March get their way.

In the absence of anything better to do on a warm Saturday afternoon, up to 700,000 people traipsed their way around London's Hyde Park, chanting chants, brandishing meme-y placards and generally having a good time.

Young people were supposed to lead the way, with students bussed in from all corners of the country to to stick it to the man. But, inevitably, some famous faces stole the limelight, as everyone from Gary Lineker to Sadiq Khan made the case for Remain.

But, with Brexit only five months away and no new referendum on the table, perhaps we all need to just accept our fate. So in the spirit of optimism, The Bristol Tab asked the arch-Remainer celebs in attendance to cheer up and tell us why Brexit is the actually the godsend that this country needs. 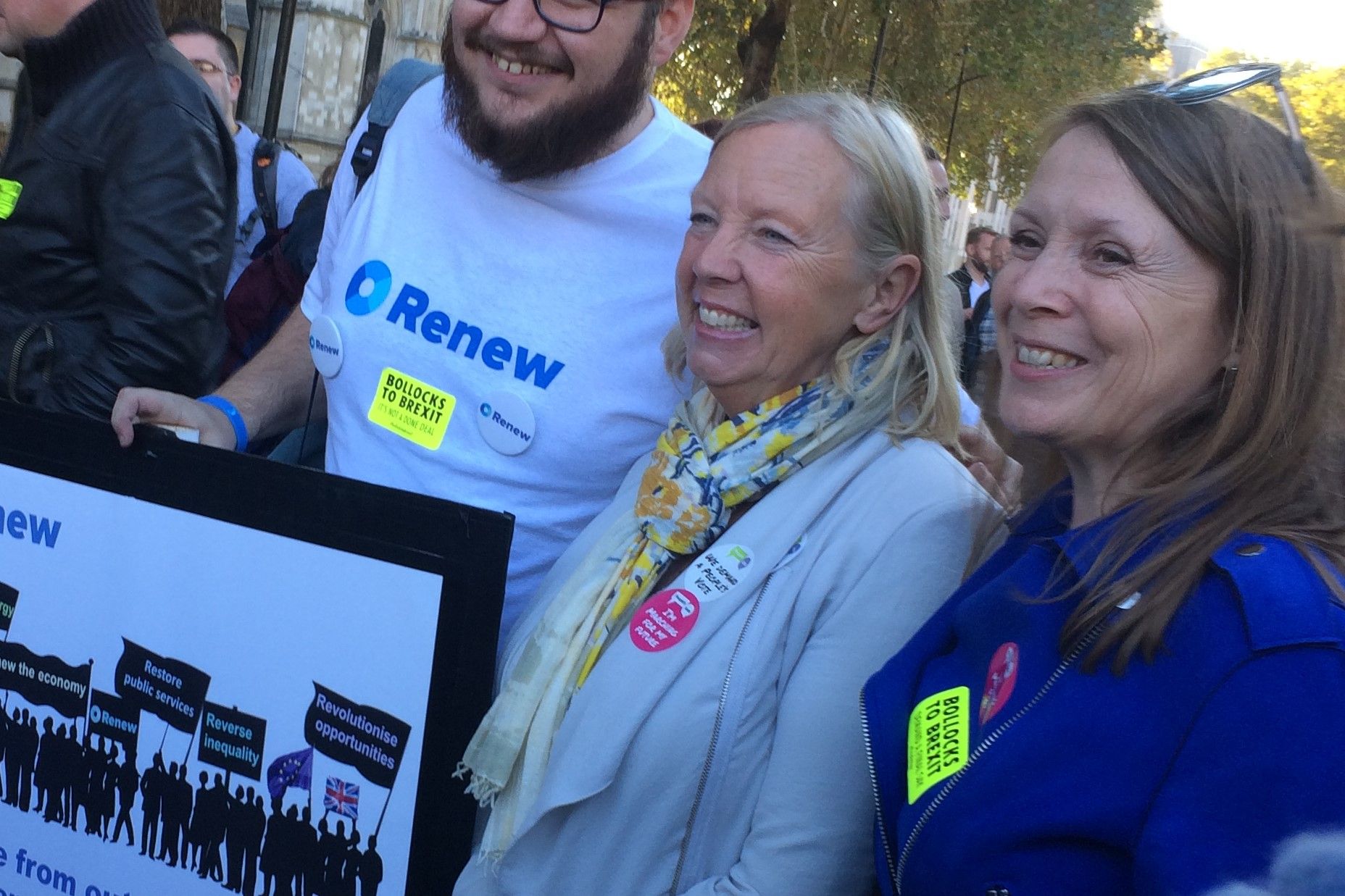 In the Den, this Dragon is used getting what she wants. Brexit though, is not to her tastes. Would she have anything good to say about it?

"I can genuinely not name one thing about Brexit that I like," she told The Bristol Tab.

Oh. Bit boring Deborah. Not even a tiny one?

"I can actually say that there are some farming policies that I think could be better outside the EU. But that doesn't mean we can't sit within the EU and influence those policies."

Ah, much better. Bit niche, not one for the students but decent try. 6/10 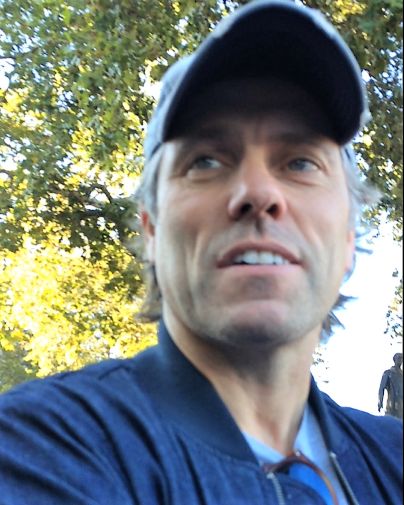 He might look like Bez from the band Happy Mondays, but comedian John appeared gloomy on Saturday. He was slightly on the fence about re-running the referendum so surely he could see some positives to Brexit?

"I would in all honesty say getting away from control of unelected officials who are defining a lot of policies and laws in the UK. That doesn't make sense," Bishop told us.

So far, so hard Brexit.

"But that's the sacrifice you make to part of that bigger body."

Statesmanlike. This is a man in tune with the people. Bishop for PM. 8/10. 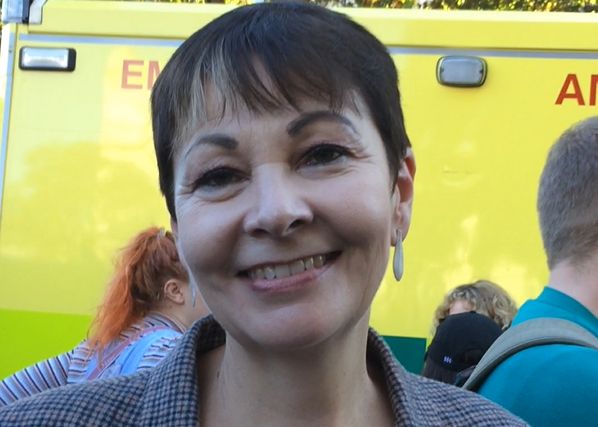 Caroline described Brexit proceedings as "chaos and utter madness". The prospects of extracting a compliment here seemed slim. Could she have a go at being positive?

Echoes of Meaden. Dull, but bonus half point for giving the full policy name. 6.5/10

Shakira Martin – President of the NUS 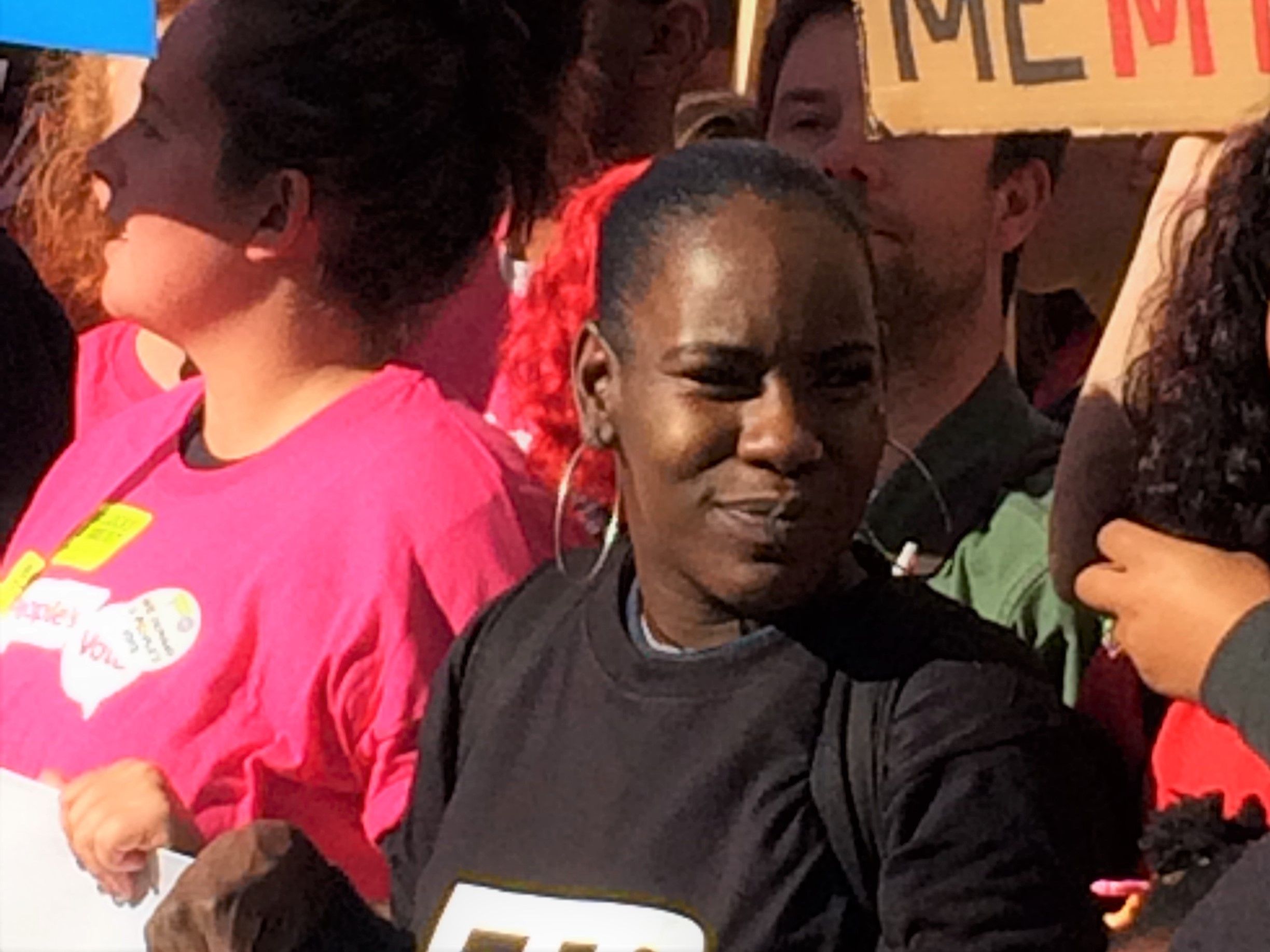 As the elected spokesperson of thousands of students nationally, Shakira was well placed to straddle both sides of the debate, reflecting the views of young Leavers as well as Remainers. So, what is her favourite thing about Brexit?

"There ain't nothing good about Brexit!" 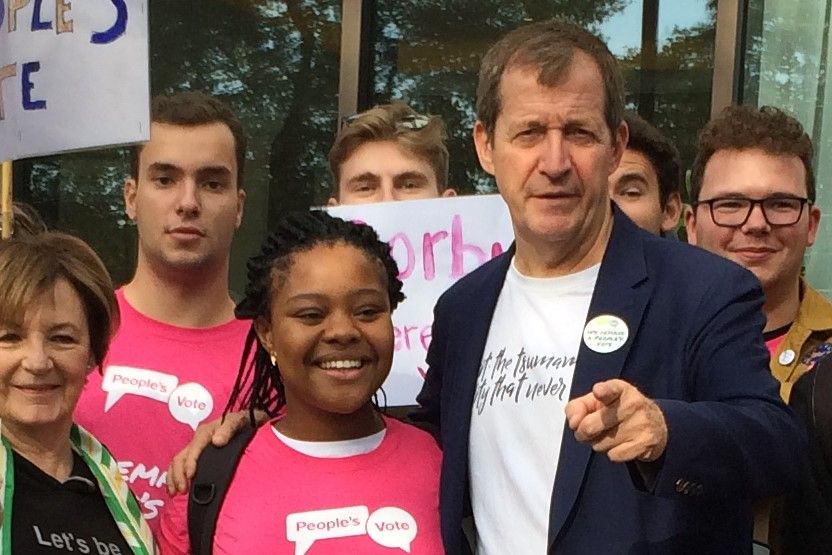 Yep, that's Delia Smith there too.

It was a bit awks for Alastair Campbell, given that his government went to war in 2003, ignoring protests just like the one he had joined. But we left that for another day and instead asked why Brexit might be alright after all.

"The only good thing is that it's remotivated my politics which had been getting a bit jaded," he told us.

Slightly selfish, but ok. Anything else?

"The other good thing is that it has generated, hopefully, more political activism among the young."

Playing to the crowd a bit there Alastair, not really EU related. Not a great effort. 4/10 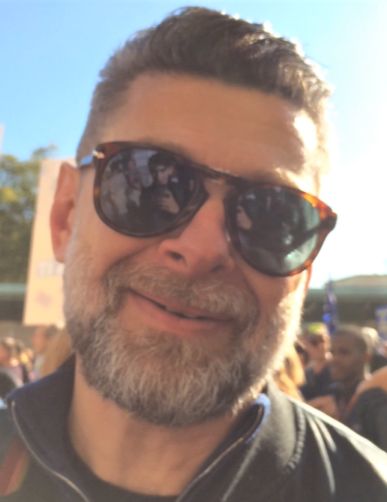 Best known for playing Gollum in the Lord of the Rings films, Andy is keen to keep hold of Britain's precious place in the EU. But Gollum had a split personality, so maybe his performer could channel his inner Brexiteer?

"There is no favourite thing about Brexit."

Seems like Andy's acting skills have deserted him. A real shame. 4/10 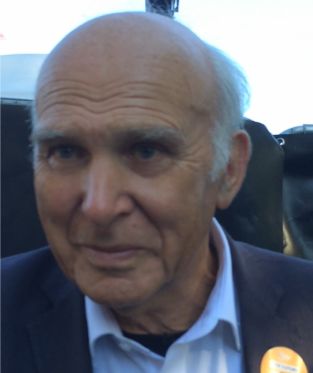 A Lib Dem who served in a Conservative coalition government and used to be a Labour Party member; with a history like that, it should be easy for Vince to pick his favourite thing about his least favourite thing. So, the upside of Brexit?

"Well actually it's brought a lot of us together who would otherwise be competing. I hope that legacy remains."

I don't think Vince actually likes politics – he just wants everyone to be his friend. I can't be mean about that. 7.5/10

So there you have it. A reassuring set of answers for all the farmers out there, less so for everyone else. Happy Brexit everyone!